Rather than being Aliens (a common theory today), the Annunaki/Watchers/Niphilim were simply one of the names for the survivors of a lost civilization(s) who tried to bring civilization back. Their scientific knowledge was certainly advanced enough for a later civilization to think it could be alien, especially if they have a superiority complex.

The following talk by Andrew Collins goes over scientific discoveries about an ancient human species (called the "Denosivans") that were over 7 feet tall and seem to have been very intelligent, as they have been connected to a stone bracelet containing a drilled hole (over 70,000 years ago) that could easily have been the predecessor technology of the later megalithic cultures (lost at some point in time... this also means that its possible for crystal skulls to have been made with machines of some sort, debunking the mainstream belief in this Smithsonian video, IF the skulls are authentically ancient). This race interbred with neanderthals and humans, as per the DNA signature found in current populations, and seems to have died out some time ago while leaving behind hybrid descendants that could easily be the "giants" of ancient legend (a 7-8 foot tall person would look like a giant to the 5 foot, small build of the middle east, i.e. David). When the comet strike, of 12000 years ago, happened there was a global culture of humans with descendants of these lost races of humans that was wiped out. The Denosivans, at the very least, were the sources of knowledge for the development of the civilizations of the ice age that were wiped out in the comet of 13,000 years ago that birthed the civilizations said to be started by aliens in the ancient alien hypothesis common on TV today.

With the extraordinary evidence emerging right now to suggest that a newly-discovered archaic human population known as the Denisovans might have attained advanced levels of behaviour beyond that even of our own ancestors, Andrew Collins finds out what we know about their achievements, distribution and the impact of their legacy on our own civilization. In the 2000s, human fossil remains were unearthed in the Denisova Cave within the Altai Mountains of southern Siberia. DNA testing showed that the bones - two molars and a pinky bone - belonged to a previously unknown human population today known as the Denisovans. They are now thought to have inhabited Eastern Eurasia from around 400,000 years down to around 40,000 years ago. During their final years, the Denisovans achieved an advanced level of human behaviour, including the creation of sophisticated symbolic or non-functional objects, for example an arm bracelet in bottle-green chloritolite with a bored hole that can only have been made using a high-speed drill; a bone needle with an eye for thread, suggesting the manufacture of tailored clothing, as well as finely finished, pierced ostrich eggshell beads no more than a centimetre in diameter. In addition to this, fragments of horse bones found inside the Denisova Cave have suggested that Denisovans domesticated, herded and maybe even rode horses long before previously thought. So who exactly were the Denisovans? What do we really know about them, and how are they linked to Neanderthals and our own ancestors? Andrew's new book co-authored with Dr. Greg Little is published this month called 'Denisovan Origins' and is available from http://www.andrewcollins.com.


The Denosivans, at the very least, were the sources of knowledge for the development of the civilizations of the ice age that were wiped out in the comet of 13,000 years ago that birthed the civilizations said to be started by aliens in the ancient alien hypothesis common on TV today.

All scientific evidence points to the fact that survivors from cultures and civilizations of the pre younger dryas comet era seem to have tried to restart civilization in the hunter gatherer populations that survived in masses after that catastrophe (since they probably didn't occupy the shores of oceans and rivers where large populations tend to move to). The ancient civilization restarters or even maybe just descendants of ancient families of monarchs or shaman kings (shamans were often tribal leaders so may have been the first Kings), were the ones referred to in legends as "The Annunaki" or "The Gods" in various cultures (as outlined in Graham Hancocks research). These ancient leaders may have been Denovison or Neanderthal or both or mixtures of one or the other and our race of humans and were certainly from a shamanistic culture that birthed yoga.

This next video goes over evidence that the figures from mythology, often referred to as evidence for the ancient alien hypothesis that is widespread today, were really just people. People from a lost civilization(s) and culture(s).


Andrew is the author of 'Denisovan Origins' and demonstrates how the Watchers and Nephilim of the book of Enoch, and the Anunnaki of Mesopotamian mythology, are the memory of Neanderthal-human hybrids called Swiderians who entered eastern Anatolia from the north at the time of the Younger Dryas mini ice age, ca. 10,900-9600 BC. Andrew reveals the much wider impact these Neanderthal-human hybrids had on the rise of civilization. He examines also our ancestors relationship to the newly discovered hominin species called the Denisovans, showing that the giant skeletons found at numerous mound sites in the United States are the result of hybridization between Denisovans and Homo sapiens. He looks also at the Denisovans presence in southeast Asia, showing how in Java the Denisovans are perhaps remembered as the Raksasas, a giant race said to have been the earliest inhabitants of the island. Did they also leave behind as a legacy the breathtaking megalithic complex of Gunung Padang in West Java, which new geological surveys suggest could be as much as 24,000 years old? Andrew Collins is a historical writer and explorer living in the United Kingdom. He is the author of more than a dozen books that challenge the way we perceive the past. They include From the Ashes of Angels (1996), which establishes that the Watchers of the book of Enoch and the Annunaki of the Sumerian texts are the memory of a shamanic elite that catalyzed the Neolithic revolution in the Near East at the end of the last Ice Age; Gateway to Atlantis (2000), which pins down the source of Plato’s Atlantis to the Caribbean island of Cuba and the Bahaman archipelago; and The Cygnus Mystery (2007), which shows that the constellation of Cygnus has been universally venerated as the place of first creation, and the entrance to the sky-world, since Paleolithic times. In 2008 Andrew and colleague Nigel Skinner Simpson discovered a previously unrecorded cave complex beneath the Pyramids of Giza, which has brought him worldwide acclaim. It is a story told in his book Beneath the Pyramids (2009). Gobekli Tepe: Genesis of the Gods (2014) is published by Bear and Company. http://www.andrewcollins.com


At 6:30 in the video above we get some idea of what the ancient civilization builders - and survivors from an earlier civilization - looked like; 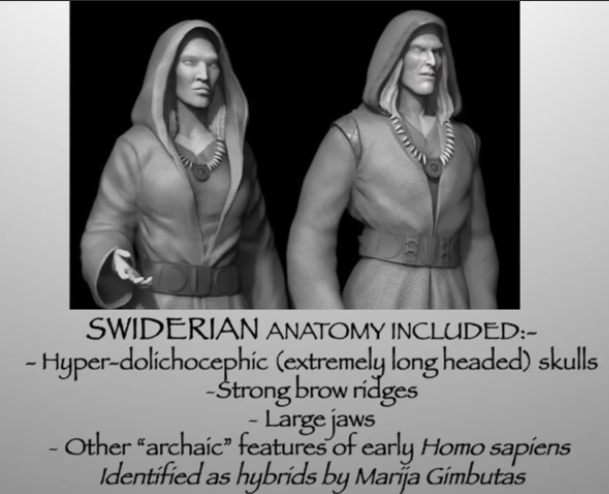 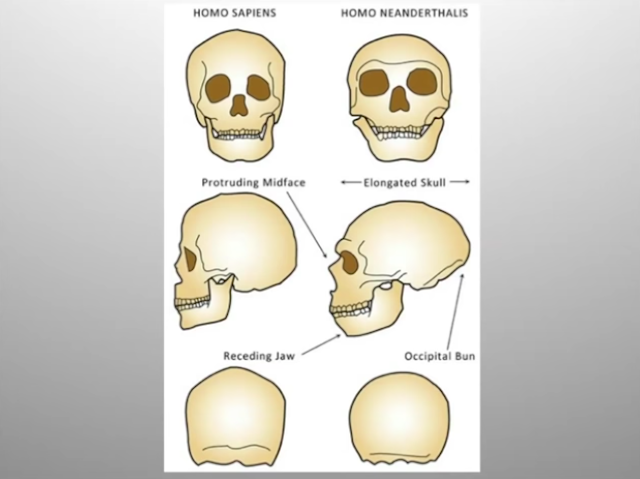 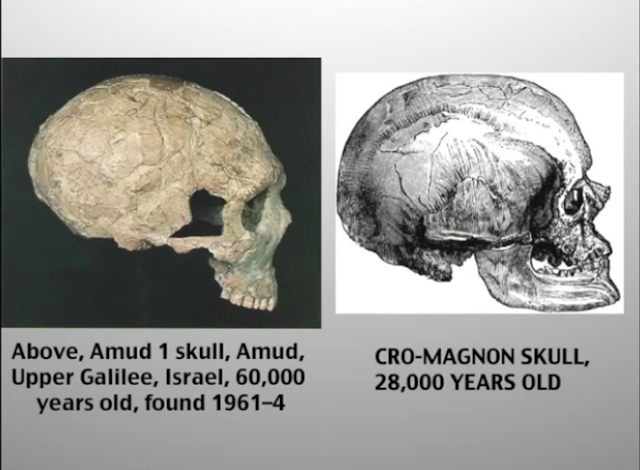 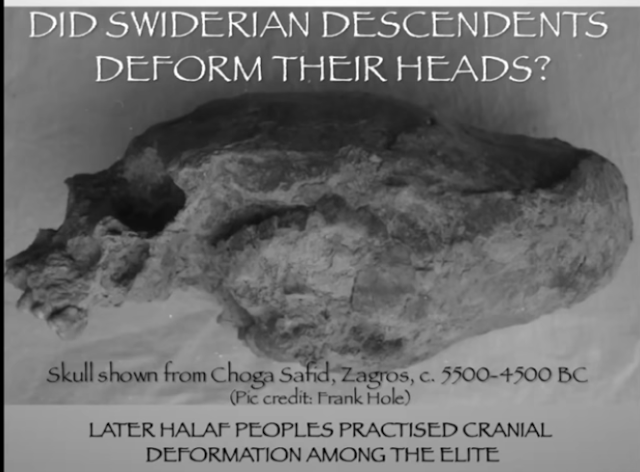 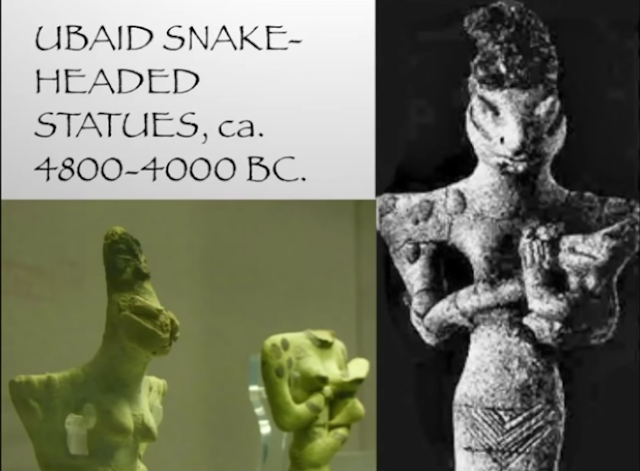 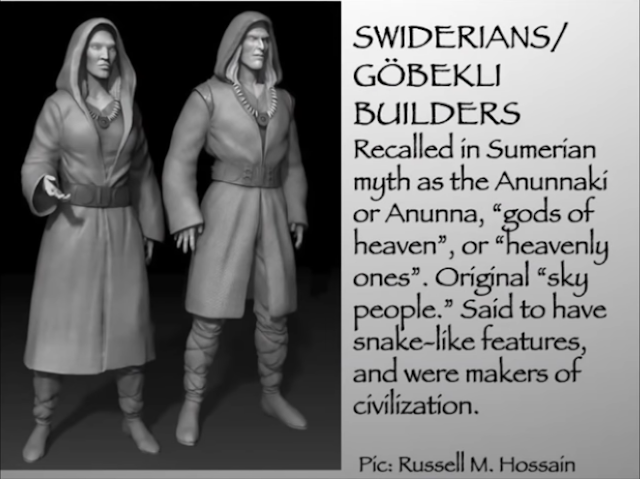 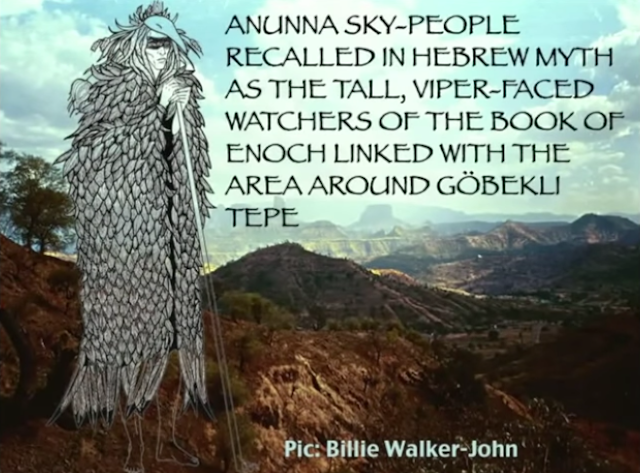 Level of culture of these ancient lost races of humans was quite high... 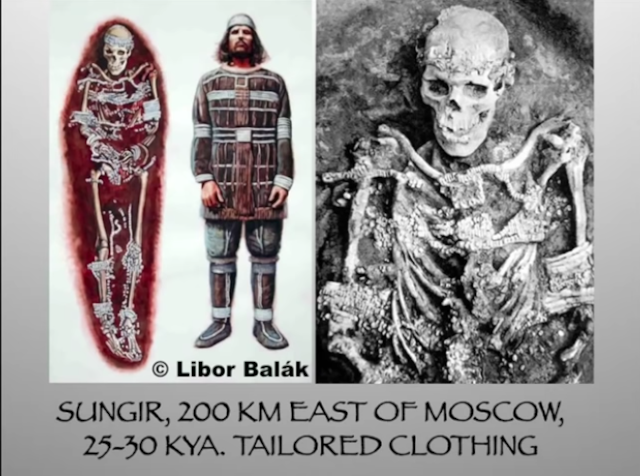 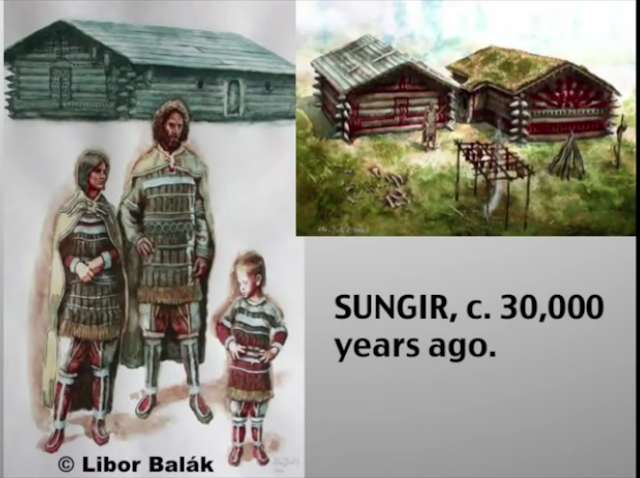 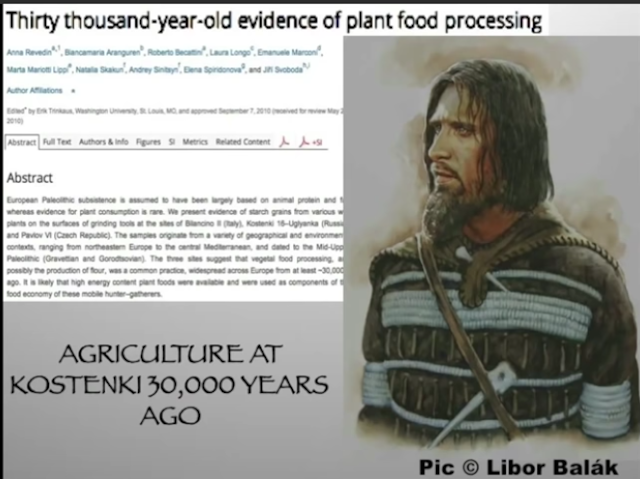 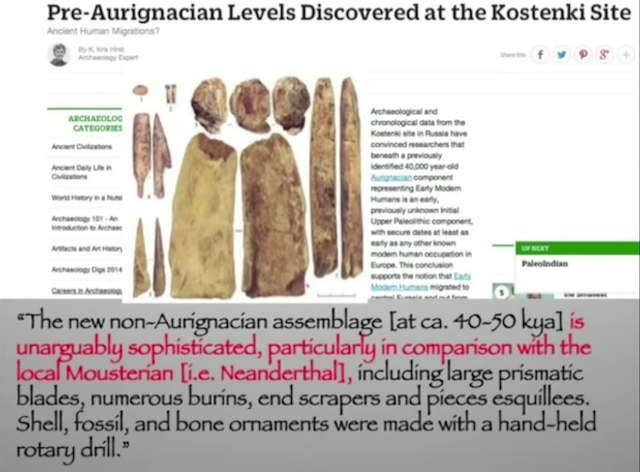 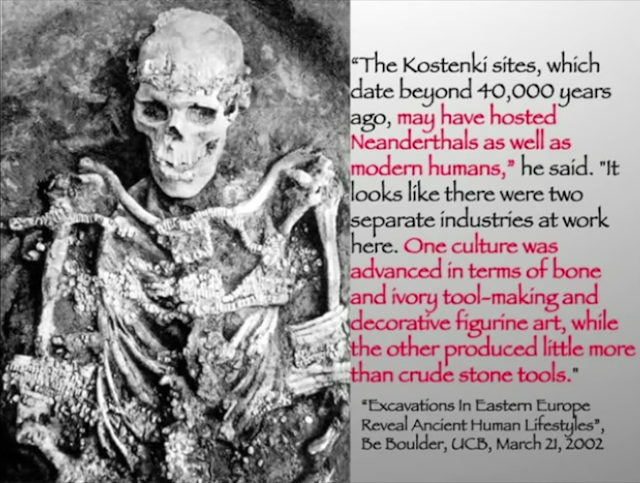 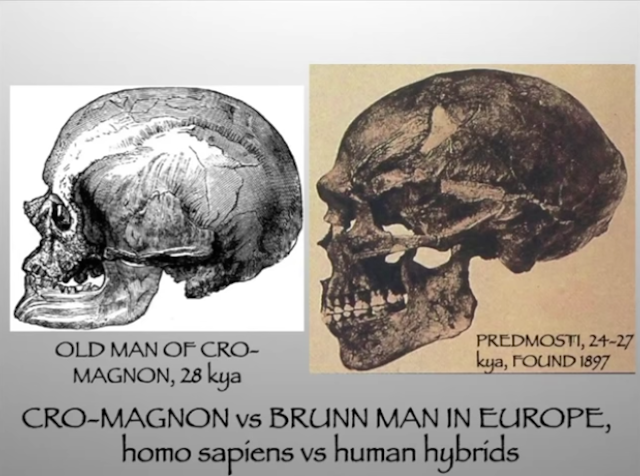 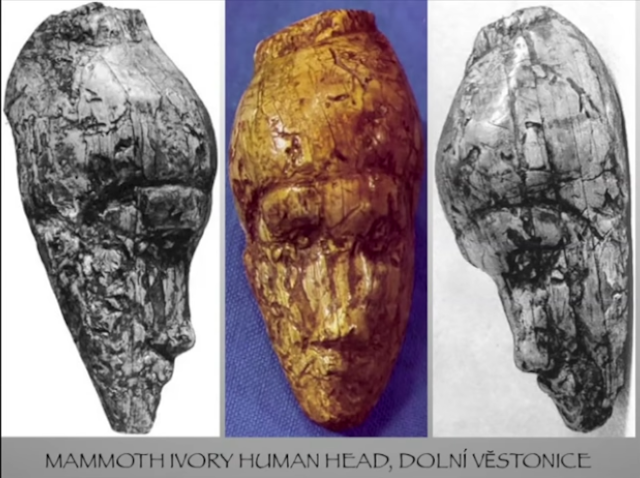 Description of a watcher from the book of Enoch 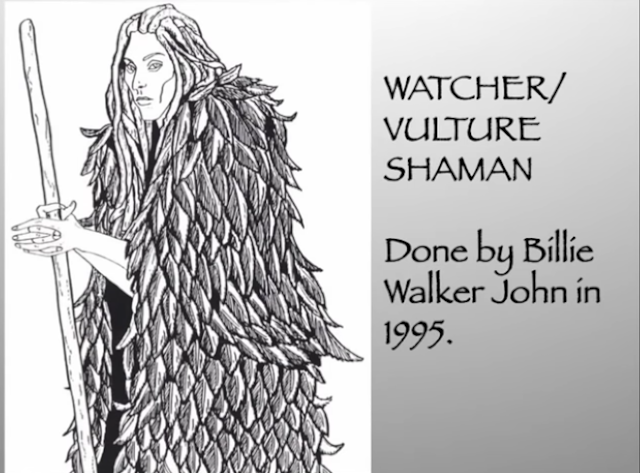 This post, and videos within it, debunks many ideas in Ancient Aliens, such as the elongated skull link to "aliens";