UFO Facts: The Chilean Navy Released A Video Of A Tic Tac Shaped UFO In January Of 2017 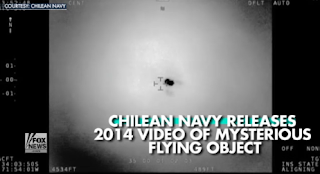 The Chilean Navy released a 9 minute video of a UFO their Navy personnel captured which has defied explanation. It looks like a tic tac on the infra red radar and is barely visible on regular camera but from a glimpse of it I think I got, it does seem to be a "white tic tac"! Also reported on NY Post, Huffington Post and Fox News;

Here is the full video of the UFO filmed by the Chilean Navy for which there is no explanation i.e. UFO/UAP (Unidentified Aerial Phenomena)

Info: A nine-minute video of a UAP (Unexplained Aerial Phenomenon, the new preferred term for UFOs) has just been released to the public by the Chilean Navy after it was thoroughly studied over a two year period of time by CEFAA, the Comité de Estudios de Fenómenos Aéreos Anómalos.

The remarkable footage was captured on November 11, 2014 by two naval officers — a Navy captain and camera technician —on a helicopter-mounted Wescam infrared camera, typically used in covert, aerial surveillance. Described by the captain as a “flat, elongated structure” with “two thermal spotlights-like discharges that did not coincide with the axis of motion,” the object can be seen discharging a large plume of a very hot material.

The Navy helicopter (Airbus Cougar AS-532) was on a patrol mission and flying northwards along the coast.west of Santiago at an altitude of approximately 1,300 meter (far lower than commercial airliners) and a speed of approximately 250 kph. The outside air temperature was 10 degrees C with perfect horizontal visibility and there was a cloud base above at 3,000 meter, and a layer of stratuscumulos clouds below.

At 13:52, the technician was already filming when he noticed an odd-looking flying object in the sky over the ocean and both the Navy captain and technician saw the object with the naked eye. They noticed that it was 55 to 65 kilometers away from them and that the velocity and the altitude of the object appeared to be about the same as the helicopter. In order to achieve better clarity tte technician zoomed in and filmed the object for nine minutes and twelve seconds, mainly in infra red. This sensor produces a black and white video in which the black, white and grey tones are directly related to temperature. IR detects heat, and the hotter the material being filmed, the darker it appears on the image.

The officers stopped the camera when they had to return to the base and the object disappeared behind the clouds. During the encounter, the pilot contacted two separate radar stations who were unable to track the object and confirmed that there was no other air traffic in the area. The on-board radar was also unable to detect the object and the camera’s radar could not lock onto it. Multiple attempts to contact the craft received no reply.

For the past two years CEFAA has been sharing the video with experts, including a nuclear chemist, astrophysicist and video and image experts. Not one of them so far has been able to explain the phenomenon. The CEFAA in Chile is a government agency investigating unidentified aerial phenomena (UAP) within the department of civil aeronautics (DGAC). They have committees comprised of military experts, technicians, and academics from various disciplines. Once these types of UFO investigations are complete, the government of Chile always release their findings to the public. The only mundane explanation has come from the French UFO organization GEIPAN, whose video analysts proposed the possibility of a “medium-haul aircraft” dumping cabin wastewater before landing.

The Chilean researchers and witnesses pointed out a number of reasons this would be unlikely, including the lack of radar corroboration, the unlikelihood of an experienced pilot failing to recognize an airplane and the lack of any nearby flight path scheduled for a landing at either of the two nearby airports.

Note: At 8:15 you see this discharge on infrared camera (cabin waste?) 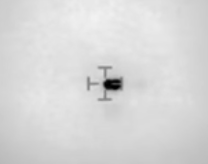 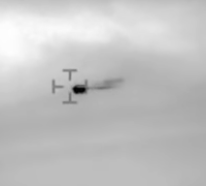 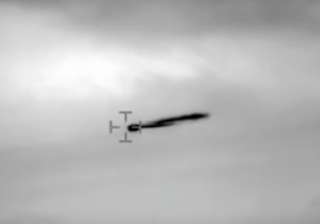 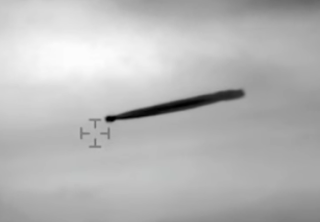 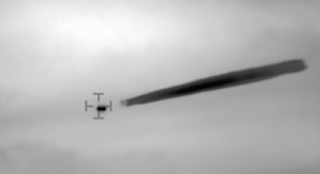 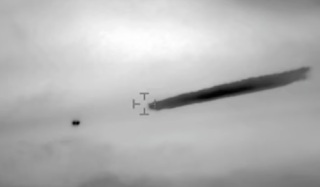 An exceptional nine-minute Navy video of a UFO displaying highly unusual behavior, studied by Chilean authorities for the last two years, is now being released to the public. The CEFAA - the Chilean government agency which investigates UFOs, or UAP (unidentified aerial phenomena), has been in charge of the investigation. Located within the DGAC, the equivalent of our FAA but under the jurisdiction of the Chilean Air Force, CEFAA has committees of military experts, technicians and academics from many disciplines. None of them have been able to explain the strange flying object captured by two experienced Navy officers from a helicopter.
The Chilean government agency always makes its cases public when an investigation is complete, and acknowledges the existence of UAP when a case merits such a conclusion
Full Chilean Navy UFO Video (alternate viewing);