Trump Is Now The Savior of ISIS! ... OR Right Wing Hypocrisy On Obama VS Trump Concerning ISIS (Where Is The Cumulative Right Wing Anger Against Trump?)

The right would get very angry over Obama bombing ISIS on a continuous basis and say it wasn't enough. Get angry and yell at him. Call him incompetent. Etc. 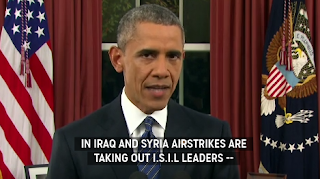 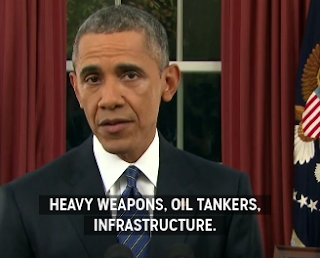 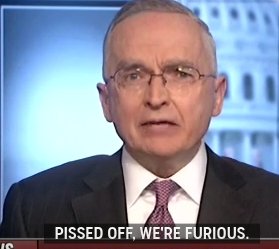 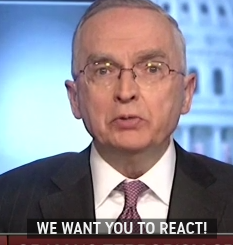 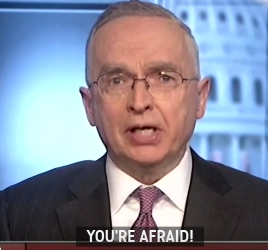 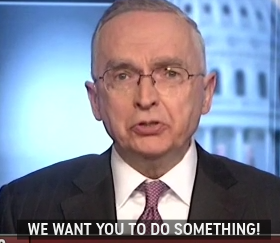 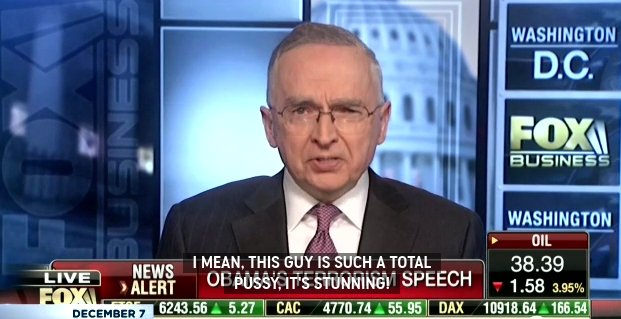 Obama is a total pussy compared to Trump who ordered a complete withdrawal?

Former Secretary of Defense James Mattis criticized President Trump’s decision to remove American troops from Syria, saying in his first public comments on the matter that the Islamic State now “will resurge” in the region.
"I think Secretary of State Pompeo, the intelligence services, the foreign countries that are working with us have it about right that ISIS is not defeated,” Mattis said during an interview on NBC’s “Meet The Press.” “We have got to keep the pressure on ISIS so they don't recover." 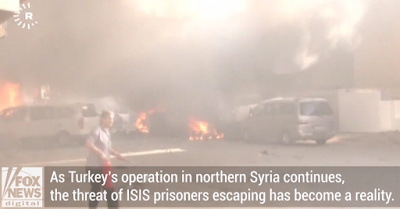 
The U.S. military this weekend accelerated its plans to fully withdraw from Syria as Turkish forces continued their advance in the country's north and reports of human rights atrocities emerged. About 1,000 troops will leave the area "as safely and quickly as possible," Defense Secretary Mark Esper told CBS' "Face the Nation" in an interview Sunday. President Donald Trump late Saturday signed off on the order, which would end most of the U.S. military's presence there, two U.S. military officials in the region told NBC News. Only around 300 soldiers would remain in the U.S. military's Al Tanf base in the south, the officials said.

In other words, Trump has literally, and I quote, "refounded" ISIS;

BRIAN KILMEADE (CO-HOST): Sarah, he's giving Russia a big win. Vladimir Putin praised him. He also is doing exactly what he criticized President Obama for doing. He said, “President Obama is the founder of ISIS.” He just re-founded ISIS, because they got 30,000 men there and they're already striking back with our would-be evacuation. The president's got to -- he's really on the griddle with this.
SARAH HUCKABEE SANDERS (WHITE HOUSE PRESS SECRETARY): Brian, I have to respectfully and vehemently disagree with you. The idea that the president has had anything to do with helping ISIS reemerge is absolutely outrageous.
KILMEADE: Leaving is helping. Leaving is helping.
...
HUCKABEE SANDERS: The president doesn't want to be in the middle of a civil war in the Middle East and continue to put American lives on the line. If we need to fight ISIS again the president's not afraid to do that.
KILMEADE: The word on the ground is different from what you just said.

Something he said Obama did in the first place (which was a provable lie with the only completely provable helper of ISIS before Trump being Bush & Cheney... but this, like many of Trumps political tactics, is just stolen from an earlier GOP leader with extra emphasis added. In this case, Jeb Bush).

Washington (CNN)Donald Trump said Thursday that he meant exactly what he said when he called President Barack Obama the "founder of ISIS" and objected when a conservative radio show host tried to clarify the GOP nominee's position. Trump was asked by host Hugh Hewitt about the comments Trump made Wednesday night in Florida, and Hewitt said he understood Trump to mean "that he (Obama) created the vacuum, he lost the peace." Trump objected.

Hewitt pushed back again, saying that Obama is "not sympathetic" to ISIS and "hates" and is "trying to kill them."


Obama was bombing ISIS, and other random targets, continuously -    - and that wasn't enough for the right wing media. By comparison Trump stopped bombing ISIS, which caused his military leader to resign, and ISIS leader has even returned from hiding...

Video evidence: The return of Abu Bakr al-Baghdadi The video showing the ISIL leader that sparked a thousand headlines. Plus, journalism gets the reality TV treatment.

Politico: Trump Says ISIS Is Defeated. Reality Says Otherwise. The radicalized children of the Islamic State will threaten the world for generations to come unless the president changes course.
Charles Lister is senior fellow at the Middle East Institute and author of The Syrian Jihad: Al-Qaeda, the Islamic State and the Evolution of an Insurgency.
ust two weeks after President Donald Trump triumphantly declaredthe “100 percent” defeat of ISIS’s caliphate, his national security advisor, John Bolton, admitted on television that “the ISIS threat will remain” and that this explained why a small “observer force” would now stay in Syria. Next, senior administration officials announced that 200 U.S. troops are set to stay in northeastern Syria as part of a “multinational observer force,” with another 200 to remain in al-Tanf, an encampment near the border with Iraq, to deter Iranian behavior. Then on March 17, the Wall Street Journal reported that the U.S. military was “crafting plans to keep nearly 1,000 forces in Syria” in what the newspaper described as “a decisive shift away” from Trump’s order to withdraw.


And while the right defends Trump and his administration from being held accountable as per the Constitution, can one really be surprised that there is no real anger towards Trump despite him doing exactly the opposite of what the right wing media railed about when Obama was aging a constant war in the region? i.e. Where's the anger?


Question: Is Trump is intentionally refounding ISIS for profit, as per his business interests in Turkey knowing the GOP will always kiss his ass and help him con people?

NBC reporting reveals the extent of Trump's business holdings in Turkey - Trump Towers in Istanbul is a major part of Trump’s business portfolio. “The Turks are also the top patrons of any country at Trump properties worldwide. So there are a lot of business connections there,” Heidi Przybyla reports.


Thread by @DavidNeiwert: "1) For some reason, folks on the right have extremely short memories when it comes to acts of right-wing political violence. This is especia […]"

Update Oct 15, 2019 - Another possibility presents itself. Maybe Trump believes ISIS will only attack Europe (the people who don't like him and even laughed at him at the UN, petty but well within what Trump would think is fair). Here is Trump pretty much saying that; 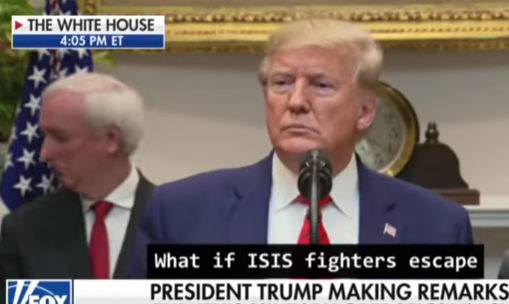 i.e. Trump believes setting ISIS free means only Europe gets attacked. At least to some extent.


Note: I would also like to point out that Trump's new Turkish best friend is also pro-ISIS

Trump’s Mideast Move Creates Mayhem | The Daily Show
The Daily Show with Trevor Noah 5.61M subscribers Trump’s military moves keep wreaking havoc in the Middle East as Turkey attacks Kurds in northern Syria, thousands in the region are forced out of their homes, and ISIS fighters escape detention camps — all while Trump cashes in on Saudi offers to fund sending U.S. troops to their turf. 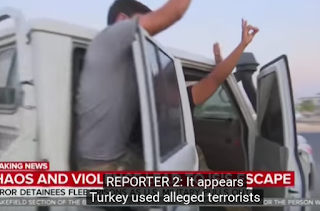 1. Under the "cease fire" deal Isis would still be free & Trump has turned the Kurds (jailers of ISIS) into refugees. Medias refusal to use context in thier headlines helped promote a false impression of the ceasefire.

Media Matters: Mainstream media are portraying Trump’s Syria deal as a cease-fire, while Fox News praises it as a win, but experts say it’s neither


On Thursday, President Donald Trump announced a deal with Turkey that both experts and Turkey’s own foreign minister say is not really a cease-fire and amounts to giving concessions to Turkey with nothing in return.
HuffPost explained the ramifications of the deal in a piece with the subheadline “Vice President Mike Pence trumpeted the deal as a “cease-fire,” but Turkey disputed that characterization”:

But soon afterward, Turkish foreign minister Mevlut Cavusoglu clarified it was a “pause” in an early indication that the agreement remains shaky.
The deal creates a five-day halt to Turkey’s incursion against a Syrian Kurdish militia that was allied with the U.S. in the fight against the so-called Islamic State. It preserves sanctions that Trump placed on Turkey earlier this week but says they will be lifted once the offensive is fully stopped.
The deal represents a major concession to Turkey by agreeing that the country will take over a significant swath of Syria. And it sets up further complications with the Syrian Kurdish forces, known as the YPG, as it agrees they should surrender their heavy weapons. Ankara is wary of the group because of its ties to a rebel group that’s fought the Turkish state called the PKK.
The deal is almost certain to fail, said Brett McGurk, who until the end of last year served as Trump’s top envoy to U.S. partners fighting ISIS.

Some on Fox News are trying to spin the deal as a positive, and various outlets have labeled it a cease-fire.
Read full piece.


2. GOP is still not calling Trump a pussy or anything close to what they did with Obama. Currently they seem to be trying to appeal to his greed openly... as if Trump doesn't have the mental capabilities to do the right thing without something that doesn't benefit himself personally.

NBC: Graham and Fox News expert showed Trump a map to change his mind about Syria withdrawal It wasn't the first time Trump has been shown a map detailing economic assets to convince him not to order U.S. troops home, officials said.


3. Our allies against ISIS would not be defenseless without Trump's withdrawal.


4. New ISIS allies/associates made us look like untrustworthy fools (even more than we have done ourselves over the decades)

CNN: Putin and Erdogan just did a deal on Syria. The US is the biggest loser.


5. Moscow Mitch doesn't feel like the new allies of ISIS should be sanctioned

CBS: McConnell's Syria resolution puts him at odds with Trump, Graham and Democrats