Trump has wanted to build a Trump Tower in Moscow for ages. Could that be influencing his actions with Russia? This post looks at the possibility of having a President having conflicts of interests on National Security issues thus making him a National Security Risk as Trump's loyalties are to himself first and Russia second (as that's a possible source of income for him). The country comes third at the very least. Clearly, the Emoluments Clause in the Constitution was written for exactly such a circumstance!

These series of screenshots show how careful Trump is around Russia... even trying to change established (world approved) foreign policy. In our social context, this much ass kissing for a foreign adversary, indictates the person has been compromised. Is such conflict of interest the reason for the Emoluments Clause of the Constitution? 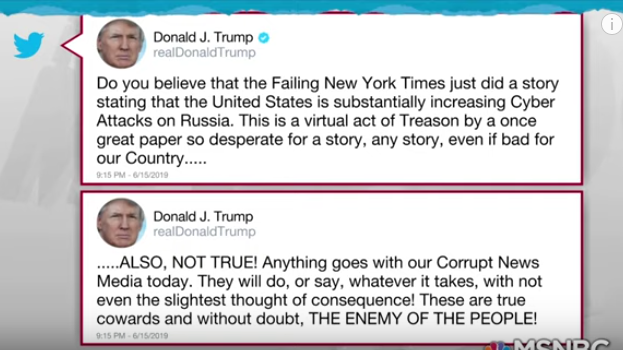 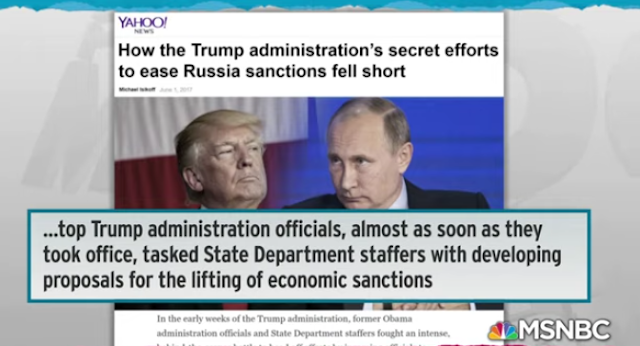 Trump is such a risk he's left out of secret information he might leak like a kid trying to impress a parent (or potential business partner). Clearly, Trump makes a horrible leader and horrible resident!

Related: NYT: Intel officials hesitant to tell Trump details on Russia operations A new report says some Trump advisers are afraid he’ll leak information to a foreign leader. Former Operations Planner for U.S. Cyber Command David Weinstein joins Ali Velshi and Stephanie Ruhle to break down how the President of the United States was left out of plans to attack Russia’s power grid.

Another example of Trump getting rich off the Presidency: Is such conflict of interest the reason for the Emoluments Clause of the Constitution? Could Trump be hoping for a similar deal(s) with Russia in the future?

Donald Trump Shows Why Presidents Shouldn't Be Part Of Real Estate Deals | Rachel Maddow | MSNBC - Rachel Maddow reports on the sale of a Trump property at an elevated price that surprises some expert, though the multi-million dollar deal is less surprising in light of the political interests of the buyer. 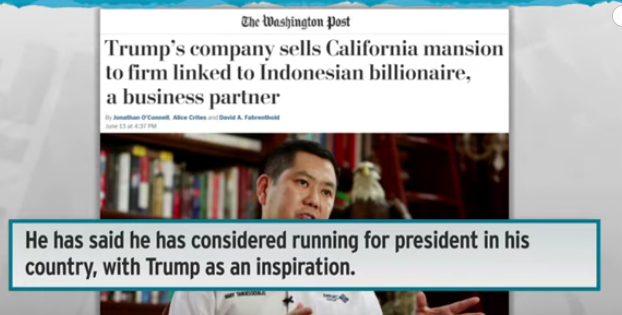 Trump clearly has a desire to do real estate deals in Russia;

Ruesters: Why an unbuilt Moscow Trump tower caught Mueller's attention
WASHINGTON (Reuters) - An intriguing area of focus in Special Counsel Robert Mueller’s investigation into the Kremlin’s role in the 2016 U.S. election is a proposed Moscow real estate deal that Donald Trump pursued while running for president despite denying at the time any links to Russia.

The special counsel has revealed in court filings numerous details about the project, which never came to fruition. Further information has come from Michael Cohen, Trump’s former personal lawyer who was instrumental in the negotiations, in congressional testimony and in his guilty plea to a charge of lying to Congress about the project.
Mueller’s team said in a December 2018 court filing that “the Moscow Project was a lucrative business opportunity that sought, and likely required, the assistance of the Russian government. If the project was completed, the Company (the Trump Organization) could have received hundreds of millions of dollars from Russian sources in licensing fees and other revenues.”
The project is significant because it shows Trump was chasing a lucrative business deal in Russia at the same time that President Vladimir Putin’s government, according to U.S. intelligence agencies, was conducting a hacking and propaganda campaign to boost his candidacy. The project also coincided with Trump’s positive comments as a candidate about Putin and his questioning of U.S. sanctions against Russia.
WHAT IS TRUMP’S HISTORY IN MOSCOW?
WHAT WAS THE TRUMP TOWER MOSCOW PROJECT?
Trump, a wealthy New York real estate developer, had discussed expanding his business empire into Russia for more than three decades. In 2013, after visiting Russia and hosting his Miss Universe pageant there, he wrote on Twitter: “TRUMP TOWER-MOSCOW is next.” The Trump Organization’s longtime partner in the project was Felix Sater, a Russian-born, Brooklyn-raised real estate developer, according to company emails released to congressional investigators.
Trump in October 2015 signed a non-binding letter of intent to move forward with a Moscow tower project with a Russian development firm. The firm, I.C. Expert Investment Co, agreed to construct the skyscraper, and the Trump Organization agreed to license its name and manage the building’s operations. The letter of intent described a building in a Moscow business district with 250 luxury residential condominiums, at least 150 hotel rooms and a luxury spa.
Read more.


Trump is getting very pally with his - hopefully (?) - future business partners for even more political benefit;

Donald Trump Unchastened By Russia Scandal, Still Open To Foreign Help | Rachel Maddow | MSNBC - Rep. Adam Schiff, chairman of the House Intelligence Committee talks with Rachel Maddow about a new video in which Donald Trump says he would accept information about his opponent from a foreign power and calls FBI Director Wray wrong for saying the FBI should be called in such a circumstance.

This sort of behavior fits Trump's behavior pattern of being unethical to a comical extent;