Previously In The News: Pentagon Confirms UFO Videos Released By Department Of Defense, And Confirmed As Real By The Navy, Are, In Fact, Real

A pyramid-shaped object seen flying through the sky has been confirmed by the Pentagon as an unidentified aerial phenomena (UAP). 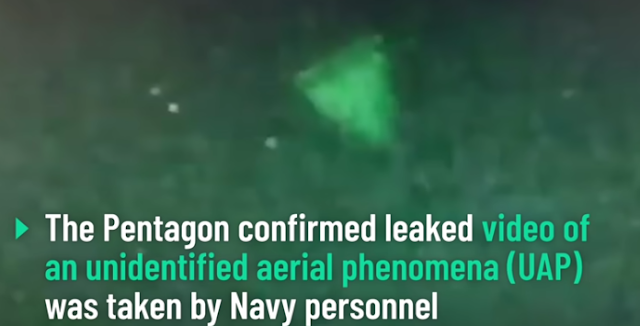 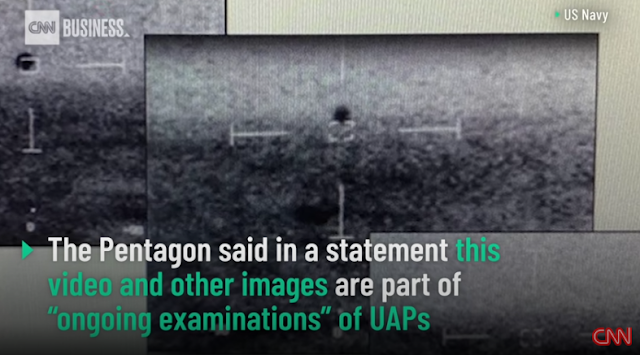 Leaked: Pentagon's UFO Investigation Spotlighted In New Photos And Video | TODAY - New information is emerging about a series of mysterious sightings over U.S. Navy warships in California. Video shows a strange object hovering over one of those ships, and now the Pentagon confirms it was taken by the Navy. NBC’s Gadi Schwartz reports for TODAY.

A spokesperson from the Pentagon has confirmed the authenticity of incredible leaked images and video from their UFO investigations. Night vision captured by a US Navy destroyer was posted online by filmmaker @Jeremy Corbell​, appearing to show ‘mystery’ flying objects near warships.
Screenshot: 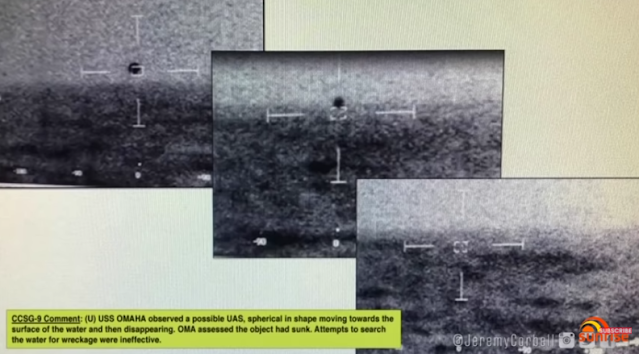