Breakthrough Discovery: Connecting A Recent Excavation Of The 12,000 Year Old Karahan Tepe To An Underwater Site Off The Coast Of Japan Opens Up New Questions Of How Many Megalithic Sites Are Really Out There, Especially If The Rise In Sea Level Of That Time Period Is Taken Into Account

Summary: Given that construction on parts of Gobekli Tepe may be over 14,000 years... there is something found by an explorer and underwater diver a while ago... a site underwater that looks like it could be at Karahan Tepe off the coast of Japan or it could have inspired the one at Karahan Tepe or even be a part of a broader culture of astronomical stone structures built by hunter-gatherers of that time all over the world! All in all this means that archaeologists should be looking for stone monoliths like Gobekli Tepe and Karahan Tepe at ice age sea levels!

Discover reports: "It even seems construction on some parts of Gobekli Tepe might have began as far back as 14,000 or 15,000 years ago. Still, there isn't any evidence suggesting people actually lived at Gobekli Tepe. There were no burials and no apparent homes." Sep 9, 2020
Now consider that Karahn Tepe is a sister site to Gobekli Tepe and is about 12,000-11,500 years old. i.e. right when the sea level would be rising in low lying areas. This part is carved out of the bedrock.

News: Turkey opened its mysterious prehistoric site Karahan Tepe, considered one of the birthplaces of known civilizations, to the public for the first time on Friday. 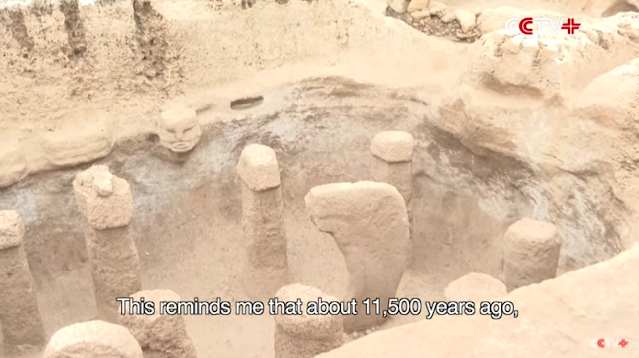 At 30:33 this discovery is explained:

Note: Look at it! Carved out of the bedrock like at Karahan Tepe! At the same age as those structures given the rise in sea level! 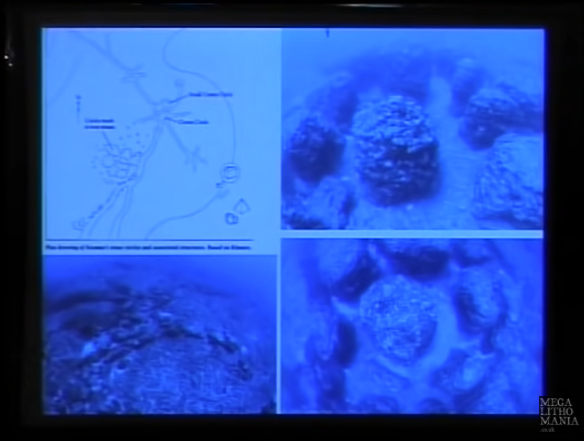 Can something similar to Karahan Tepe's carved out structures exist at the bottom of an ocean because of the level of the ocean which has increased 400 feet from its earliest time and 100 feet all in 2 weeks from melt b?