Lost History: Dinosaurs In Ancient Popular Culture - "Lions Paws" Of The 5th Century Sigiriya Of Sri Lanka Which May Be Dinosaur Claws!

Background:
1. Discoveries Of Fossils Have Been Going On Forever! So Dragons Must Be The Ancient Interpretation Of Dinosaur Bones! (& Other Such Possibilities)
2. Lost History: Dinosaurs In Ancient Popular Culture - The Stegosaurus At Angkor Wat (12th Century)

A strange discovery came my way. Look at this 5th century AD fortress carving of "Lions Paws" from Sri Lanka:

Does this look like a lions paw to you?

While the Stegosaurus at the 12th Century temple at Angor Wat has gotten alot of attention, another very interesting possible dinosaur rock carving artifact may have been found by an Indian explorer. The Indian explorer, Parveen Mohan, noticed that the feet designated as "Lions Paws" by some 18th century British explorers look like a T-Rex. Its really hard to argue that these are not dinosaur feet. 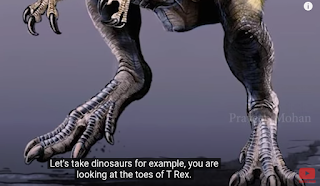 Maybe the dinosaur fossils of China made it all the way to Sri Lanka as far back as the 5th century and were seen as terrifying enough for a 5th century monarch to put it on his fortress. 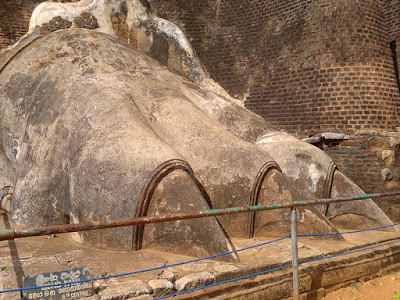 The dinosaur fossil location as shown at 5:16 in a PBS video (Siri Lanka is on the tip of India, not that far for sea going vessels of that time, even in the mainstream): 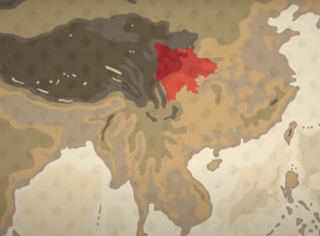