Fascinating Synchronicity: The Animistic Or "Mystical" Outlook Of Modern Physics And Evolutionary Science

Animism is the belief amoungst primitive tribal people not influenced by the great religions that all of life is animated with life including the physical world of matter (see Wikipedia description). You find this same idea in Eastern mysticism (such as in Buddhism and yoga) and elements of it in western mysticism in all 3 of the major religions (mystics talk of seeing 'the divine spark in everything' or 'the face of god everywhere').

In other words, Animism may be a fundamental part of our psychology and we can see this reflected in our study of physics and biology as well. In physics, with quantum mechanics, it became clear that observations of subatomic phenomenon influenced what was observed and entanglement created theories like "spooky action at a distance" because it seems - to a not strictly mathematical minded person - as if the subatomic world - and thus the very foundations of matter - is alive! Same observation exists in animism from which some of the spiritualism/mysticism of the later religions seem to be derived, without the science.

Such observations became popular in the books The Tao of Physics and The Dancing Wu Li Masters. I'm not concerned with whether this interpretation of all of life as alive is correct or not, or whether the analogy to eastern religions and western mysticism is correct or not, what I'm interested in showing is WHY an observer would think that 'everything is one' - in a very real mystical sense - just by looking at the science.

Here is an extract from Wikipedia that summarizes some of whats happened in this field;

The following excerpt from The Tao of Physics summarizes Capra's motivation for writing this book
“Science does not need mysticism and mysticism does not need science. But man needs both.”
According to the preface of the first edition, reprinted in subsequent editions, Capra struggled to reconcile theoretical physics and Eastern mysticism and was at first "helped on my way by 'power plants'" or psychedelics, with the first experience "so overwhelming that I burst into tears, at the same time, not unlike Castaneda, pouring out my impressions to a piece of paper". (p. 12, 4th ed.)
Capra later discussed his ideas with Werner Heisenberg in 1972, as he mentioned in the following interview excerpt:

I had several discussions with Heisenberg. I lived in England then [circa 1972], and I visited him several times in Munich and showed him the whole manuscript chapter by chapter. He was very interested and very open, and he told me something that I think is not known publicly because he never published it. He said that he was well aware of these parallels. While he was working on quantum theory he went to India to lecture and was a guest of Tagore. He talked a lot with Tagore about Indian philosophy. Heisenberg told me that these talks had helped him a lot with his work in physics, because they showed him that all these new ideas in quantum physics were in fact not all that crazy. He realized there was, in fact, a whole culture that subscribed to very similar ideas. Heisenberg said that this was a great help for him. Niels Bohr had a similar experience when he went to China.[1]

As a result of those influences, Bohr adopted the yin yang symbol as part of his family coat of arms when he was knighted in 1947.
The Tao of Physics was followed by other books of the same genre like The Hidden Connection, The Turning Point and The Web of Life in which Capra extended the argument of how Eastern mysticism and scientific findings of today relate, and how Eastern mysticism might also have answers to some of the biggest scientific challenges of today.

This is a walk-through the science to show how everything really is connected and really is one type of life or, as some Buddhists say, "All is interconnected". Lets begin.

In animism the belief in inanimate matter is alive and in modern physics "life" literally comes from "in animate" matter.

"Non-Life" Becomes Life OR Life As We Know It Emerges From Matter: The basic theory is that one of the most important building blocks of life, amino acids, were possibly created in muddy water (primordial soup) by electricity (lightning strike). This links all of life to basic physical process in the physical world, i.e. "non-life" turns into life.

Where Did Life Come From? (feat. PBS Space Time and Eons!)
The origin of life is one of the most important mysteries in all of science. When did life begin? How did life first evolve from chemistry? Where did life get started? In some primordial soup or somewhere else? Let’s journey back to the origin of life, as best as we know it, from the RNA world do the last universal common ancestor of everything alive today.

Ultimately, all living things share the same building blocks of life i.e. DNA and the scientific - biological - breakthrough that ties all of life together is DNA. What proves that humans and plants come from the same source - of life - is shown by the fact that humans share over 96% of their DNA with chimpanzees and 60% of their DNA with chickens, bananas and fruit flies.

Overview of the science: The science of evolution and how it works explained with the added advantage of genetic science (which seems to have proven the core explanations for how evolution works through natural selection... other ways evolution works is through genetic mutation, genetic drift and gene flow. Such actions, over time, can create new species altogether. Such science makes it possible for us to trace back the origin of life, at least conceptually, to one single organism).

How Evolution Works (And How We Figured It Out)
As a scientific concept, evolution was revolutionary when it was first introduced. With the help of all three of our hosts and the Smithsonian National Museum of Natural History’s new Deep Time Hall, we’ll try to explain how evolution actually works and how we came to understand it.

From observation it has become obvious that animals (living beings in an environment) respond to their environment by adapting to it with physical changes. Overtime these changes become pronounced and new species are formed.

The following video takes us to the single cell structures that created life as we know it to us today. One interesting to note is that 40 million years ago primates existed and 23 million years ago the ancestor of the Asian monkey existed. Our common ancestor must have existed 40 million years ago or more. The research on language pathways in the brain appear to take language back about 20 million years, so that could be one of the boundaries for the emergence of our species.

From the Fall of Dinos to the Rise of Humans
After taking you on a journey through geologic time, we've arrived at the Cenozoic Era. Most of the mammals and birds that you can think of appeared during this era but perhaps more importantly, the Cenozoic marks the rise of organisms that look a lot like us.

Since all of life shares the basic buildings blocks (RNA, DNA, Protein) and DNA is shared from complex organisms (animals and humans) all the way to bacteria, there must have been an early form of life where the building blocks of life first came together. This video is about the search for the source of life on this planet.

What Was the Ancestor of Everything? (feat. PBS Space Time and It’s Okay To Be Smart)
The search for our origins go back to a single common ancestor -- one that remains shrouded in mystery. It’s the ancestor of everything we know and today scientists call it the last universal common ancestor, or LUCA.


Note: We found 3 basic forms of life. We (and all animals and plants) evolved from Eukaryotes. 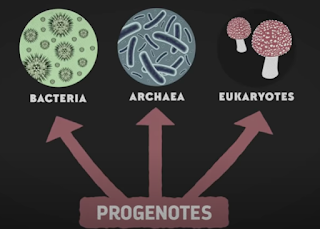 And its possible, as most researchers seem to believe, that Archaea was an earlier ancestor of all life; 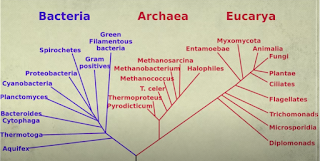 This means that whatever existed before life branches into Bacteria and Archaea is the ancestor of all life. 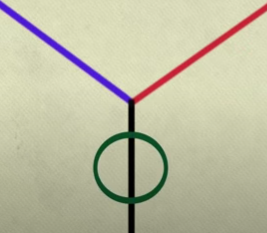 Embryos with jelly, like those that come from frogs, eventually came with a leathery covering and that eventually became a solid shell. So the age old question of which came first, The Chicken or The Egg has been answered. It was the egg. By millions of years.

How the Egg Came First
The story of the egg spans millions of years, from the first vertebrates that dared to venture onto land to today’s mammals, including the platypus, and of course birds. Like chickens? We’re here to tell you: The egg came first.


Here is an extract about an Indian myth from Wikipedia: The Brahma Purana describes that there was nothing, but an eternal ocean. From which, a golden egg, called Hiranyagarbha, emerged. The egg broke open and Brahma, who had created himself within it, came into existence (gaining the name Swayambhu). Then, he created the universe, the earth and other things. He also created people to populate and live on his creation.[11]


Note 1: To emphasize how environment affects evolution and thus forms of life, take a look at these videos;

Another interesting thing is Convergent Evolution where different types of animals will grow and evolve to fill niches and in doing so will begin to look a little like each other in some way or another because of similar lifestyles. Crocodilians looked like dinosaurs and died out;

When Dinosaur Look-Alikes Ruled the Earth
There were a huge number of croc-like animals that flourished during the Triassic Period. Dinosaurs had just arrived on the scene but it was these animals that truly ruled the Earth, becoming both abundant and diverse.

The Age of Reptiles in Three Acts
Reptiles emerged from the Paleozoic as humble creatures, but in time, they grew to become some of the largest forms of life ever to stomp, swim, and soar across the planet. This Age of Reptiles was a spectacular prehistoric epic, and it all took place in a single era: the Mesozoic.

Why Triassic Animals Were Just the Weirdest
The Triassic was full of creatures that look a lot like other, more modern species, even though they’re not closely related at all. The reason for this has to do with how evolution works and with the timing of the Triassic itself: when life was trapped between two mass extinctions.

Note 2: More physics about how life emerges from non life.

The Physics of Life (ft. It's Okay to be Smart & PBS Eons!) | Space Time
Our universe is prone to increasing disorder and chaos. So how did it generate the extreme complexity we see in life? Actually, the laws of physics themselves may demand it.