Tucker The Terrorist: Tucker Carlson Tries To Get His Followers To Attack Others Over Masks And If They Have Their Children Wear Masks

2. An Exploration Of Tucker Carlson's Tactics, History & Links To The Increase Of White Nationalism & Terrorism With John Oliver & NBC News

3. Tucker Carlson Is Going Out Of His Way To Help Trump Get People Sick With Coronavirus

Washington Post: Tucker Carlson villainizes journalists on his top-rated show. Then the threats pour in.

Tucker is using over a years of covid 19 misinformation to try and motivate people to get aggressive over masks, even with children. Tucker does like to fantasize about kids sexually experimenting so maybe his aggression is sexually based frustration. Either way, he's a guy using incendiary rhetoric to cause violence, i.e. a terrorist.

Fox News host Tucker Carlson is encouraging his viewers to confront those wearing masks in public, likening wearing a mask outside to exposing oneself in public. 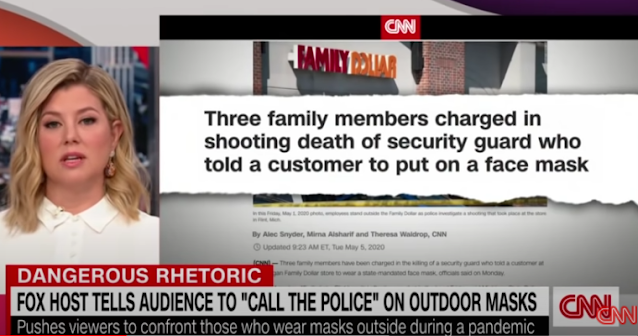 Mask-Holes Like Tucker Carlson Undermine Efforts To End The Pandemic

Early in the pandemic, conservative activists chose to make mask-wearing a wedge issue to fire up their base. The repercussions are still being felt, from the Fox News studios in New York City to the Temecula, California city council chamber, and many places in between.

In one of his most absurd takes yet, Tucker Carlson said children wearing masks outside is ‘child abuse.’

'One of the dumbest things': Ex-GOP lawmaker slams Carlson's comments

Former GOP Rep. Francis Rooney shares his thoughts on the current state of the Republican Party with CNN's Brianna Keilar.

Tucker Carlson said if people see a child wearing a mask outside they should call the police. Carlson is slammed for this statement and other controversies by media experts in conversation with Jonathan Capehart.