One thing that is common in all people all across the world is body language. Yes, there are a few cultural differences (the most interesting one being the culture that nods for "no"), however, most cultures and societies use body language so similar (or identical) that simple cartoon images can be understood by almost everyone on the planet with any basic observational skills towards other people. 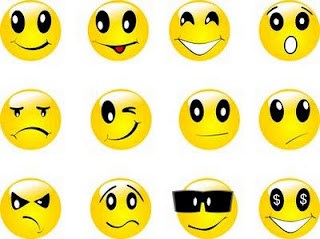 Over the decades the research in body language has gone from the naive to the highly sophisticated... to a point where a proper investigator in body language uses a variety of tools in lie detection as any one piece of evidence could be wrong (for various reasons). [ Learn more about body language basics from Psychology Today]


How to Spot a Liar - From Time Magazine

Few things are easier than telling a lie, and few things are harder than spotting one when it's told to us. We've been trying to suss out liars ever since Cain fibbed to God about murdering Abel. While God was not fooled--hearing the blood of Abel crying out from the land--the rest of us do not have such divine lie-detection gifts.

But that doesn't mean we're not trying. In the post-9/11 world, where anyone with a boarding pass and a piece of carry-on is a potential menace, the need is greater than ever for law enforcement's most elusive dream: a simple technique that can expose a liar as dependably as a blood test can identify DNA or a Breathalyzer can nail a drunk. Quietly over the past five years, Department of Defense agencies and the Department of Homeland Security have dramatically stepped up the hunt. Though the exact figures are concealed in the classified "black budget," tens of millions to hundreds of millions of dollars are believed to have been poured into lie-detection techniques as diverse as infrared imagers to study the eyes, scanners to peer into the brain, sensors to spot liars from a distance, and analysts trained to scrutinize the unconscious facial flutters that often accompany a falsehood.

At last they may be getting somewhere. Next month No Lie MRI of San Diego, a beneficiary of some of that federal largesse, will roll out a brain-scan lie-detection service it is marketing to government and industry. Another company, Cephos of Pepperell, Mass., hopes to follow within a few years.

The following is an introduction to the science of lie detection...


(Note: Keep in mind that experts can also train people to minimize the possibility of lie detection by coaching them on how to hold their bodies and what kind of language to use. It is possible to trip these people by throwing in a question they are not prepared for watching for the signs of a lie. However, this can only be done by experts, whether professional or not. The key is to look for CLUSTERS of behaviour patterns that fit the definitions of lying/deception.)

• Physical expression will be limited and stiff, with few arm and hand movements. Hand, arm and leg movement are toward their own body the liar takes up less space.

• A person who is lying to you will avoid making eye contact.

• Hands touching their face, throat & mouth. Touching or scratching the nose or behind their ear. Not likely to touch his chest/heart with an open hand.

Emotional Gestures & Contradiction: how to see a fake smile

• Timing and duration of emotional gestures and emotions are off a normal pace. The display of emotion is delayed, stays longer it would naturally, then stops suddenly.

• Timing is off between emotions gestures/expressions and words. Example: Someone says "I love it!" when receiving a gift, and then smile after making that statement, rather then at the same time the statement is made.

• Gestures/expressions don’t match the verbal statement, such as frowning when saying “I love you.”

• Expressions are limited to mouth movements when someone is faking emotions (like happy, surprised, sad, awe, )instead of the whole face. For example; when someone smiles naturally their whole face is involved: jaw/cheek movement, eyes and forehead push down, etc.

A micro expression is a momentary involuntary facial expression -- that people unconsciously display when they are hiding an emotion. They are quick & intense expressions of concealed emotion.

The main points to remember are that micro expressions are:

Brief - Micro-expressions can appear then disappear off the face in a fraction of a second. In other words micro-expressions occur so quickly, that most people don't even notice them.

Statement Analysis is the process of analyzing a person’s words to determine if the subject is being truthful or deceptive. The reason these techniques work is because people’s words will betray them.

There are usually several ways you can phrase a statement. People will always word their statement based on all their knowledge. Therefore, their statement may include information they did not intend to share.

It is nearly impossible to give a lengthy deceptive statement without revealing it is a lie.

Can the direction a person's eyes reveal whether or not they are making a truthful statement? Short answer: sort of. But, it isn't as simple as some recent television shows or movies make it seem. 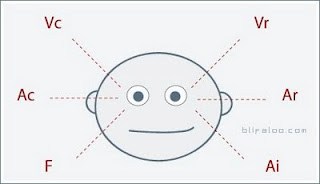 Above image represents all the directions your eyes move when processing information. 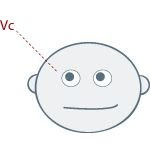 (Both of the above images are from here.)

To detect a lie, on a right handed person, you look for the person looking 'up and to the right' in response to a question about the past event under scrutiny. This means he is imagining or constructing an image, i.e. it is a lie. This direction is the opposite for a left-handed person, i.e. for a left handed looking up and to the left is a lie in response to a question about a past event. [Note: because of the intricacies of eye movements it is important to catch the person on several questions to confirm accuracy, especially as a beginner in this science.]

In the video below an expert on body language provides some tips on detecting lies through a method discovered by the founders of NLP called, "Eye Accessing Cues".

1. New emotion detector can see when we're lying
A sophisticated new camera system can detect lies just by watching our faces as we talk, experts say. The computerised system uses a simple video camera, a high-resolution thermal imaging sensor and a suite of algorithms. Researchers say the system could be a powerful aid to security services. It successfully discriminates between truth and lies in about two-thirds of cases, said lead researcher Professor Hassan Ugail from Bradford University. The system, developed by a team from the universities of Bradford and Aberystwyth in conjunction with the UK Border Agency, was unveiled today at the British Science Festival in Bradford. This new approach builds on years of research into how we all unconsciously, involuntarily reveal our emotions in subtle changes of expression and the flow of blood to our skin. 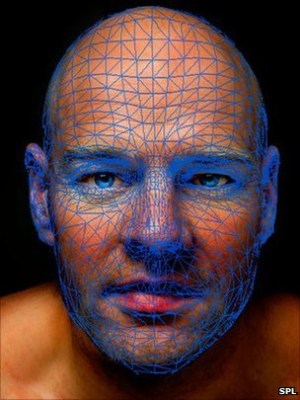 British scientists have developed a new lie detection test using a heat camera that records the flow of blood around the eyes.

A preliminary study involving 40 volunteers found the system to be 70% accurate in identifying liars.
Nick Higham spoke to scientists behind the test at Bradford University.

For­ more than 15 years, Robert Hanssen led a double life. In one l­ife he was a 25-year veteran with the Federal Bureau of Investigation  (FBI) who had access to some of the nation's most-classified information. In his other life, he allegedly was spying for the Russian government. Hanssen's deception was finally discovered, and in February 2001 he was arrested and later pled guilty to 15 espionage-related charges. Spies are probably the world's best liars, because they have to be, but most of us practice deception on some level in our daily lives, even if it's just telling a friend that his horrible haircut "doesn't look that bad."

People tell lies and deceive others for many reasons. Most often, lying is a defense mechanism used to avoid trouble with the law, bosses or authority figures. Sometimes, you can tell when someone's lying, but other times it may not be so easy. Polygraphs, commonly called "lie detectors," are instruments that monitor a person's physiological reactions. These instruments do not, as their nickname suggests, detect lies. They can only detect whether deceptive behavior is being displayed.

Using the above devices combined with the information of human biology and eye accessing cues (and clever questioning with a video camera present in addition to the heat sensors), lie detection should become pretty accurate. Then some proper evidence, a motive and lie detection results with a variety of independent experts... and you could have an air-tight case for a lie.