A Look At Rape In The Military & Thier Republican Defenders 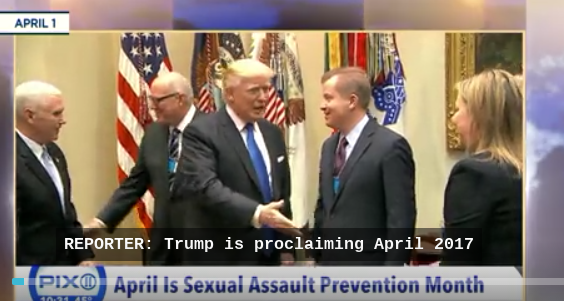 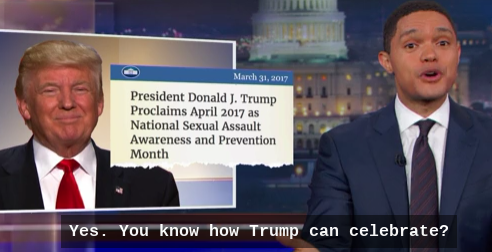 
Since Trump has declared this Sexual Awareness Month I thought I would cover that which Fox News doesn't cover, the "Military's War on Women" or the Rape Epidemic in the Military...


Screen shot of number of rapes in and by the military;

Here is a screen shot of the relevent point. Notice how many rapes in the Military have happened and yet nothing from the GOP and Fox News (their political propaganda outlet)? Ever since the Navy’s Tailhook scandal in 1991, the Pentagon has declared a “zero tolerance” approach to sexual assault and rape by troops. But as “The Invisible War,” a powerful new documentary out on DVD this week makes clear, the U.S. military’s actual measures to prevent rape and punish rapists range from insulting to laughable to virtually non-existent. Meanwhile, women (and men) who sign up to risk their lives for our country are being driven out of the armed forces after having their bodies assaulted and their careers ruined.
Director Kirby Dick’s previous documentaries include a film about sexual abuse in the Catholic church, and the scandals in these two institutions do have a striking number of similarities. Both handle sexual assault charges internally, both have erred on the side of protecting the reputations of those accused while ignoring the needs and rights of victims. And in both worlds, the often intimate relationship between victim and rapist can make the crime even more confusing and painful.
The women of “The Invisible War” are almost deceptively strong, taking great pride in their military service and relating the abuse they suffered in unflinching detail. At one point, a former Army criminal investigator who has appeared throughout the film to testify about the Army’s reluctance to handle rape cases talks about her own rape by a commanding officer. It takes a moment to register that this no-nonsense woman is no longer in the military because she reported her rape (she was given an administrative discharge with no benefits after nearly ten years of service) while her rapist continues to rise up the ranks.
CNN: Interview - Amanpour: Combating sexual assault in the military

By Mick Krever, CNN - It is not every day that the man in charge of all of America’s Air Force calls a modest sergeant. Which is why Jennifer Smith was so surprised to get General Mark Welsh’s call.

Sgt. Smith had filed a formal complaint alleging sexual assault and harassment, which she said had gone on for years. When she finally revealed the assault to her superior officers, after years of keeping it a secret, she expected the Air Force to act.

“I was so caught off-guard by the fact that he called me, and considering who he is, and I know my place, I said, ‘Yes, sir. Well thank you for calling me.’”

“He just said that he was going to do the best that he could,” Smith told CNN’s Christiane Amanpour on Thursday.

Her rapist was convicted and jailed by a military court. Two years later, he was freed.

From fellow soldier to 'monster' in uniform: #MeToo in the military

What other reason could there be for Fox not to cover the military rape epidemic but cover the rare rape by an "illegal" than it being a scapegoating tactic?

After, even the GOP former Speaker Of The House has been paying hush money for a 14 year old. Clearly having a top politician doing that is more important than some illegal. Like supporting Pedophile Roy Moore for a seat in the GOP ... as the GOP and Trump did.

Flashback - How the GOP's anti science positions affects their policies towards women;

Rick Santorum on abortion: A child conceived through rape should be accepted as a 'gift from God'

Mitt Romney On Abortions (For and Against!)


Maybe its because the GOP likes to keep women in check?...
WASHINGTON — When the House votes Thursday to reauthorize the Violence Against Women Act, ending a drawn-out fight over whether some groups should be afforded protections under the bill, the measure will likely pass with a minority of Republicans supporting it. In a House led by a Republican conference at odds with itself, which includes a sizable ideologically motivated bloc inclined to oppose almost any major legislation, this dynamic might be the new normal. On Wednesday, Rep. Jason Chaffetz said House Republicans "always saw this on the horizon" and had accepted that the Senate bill would ultimately come to a vote — even though the majority of House Republicans oppose protections for LGBT, Native American, and immigrant women included in the Senate version.

By now, most Americans know that Congress reauthorized the Violence Against Women Act (VAWA) on February 28, giving the government the resources to better investigate, prosecute, and stopviolent crimes against women. Lawmakers have proudly announced that they helped pass the law—in some cases even when they voted against it.

Representative Jeff Fortenberry (R-NE) was one of the 160 Republicans who voted against the reauthorization of VAWA. Prior to that, he had voted for a GOP version of the bill put forth in the House, which gutted key protections for Native Americans, members of the LGBT community, and undocumented immigrants. The bill was rejected by the House. Nevertheless, Fortenberry issued a statement on February 28 suggesting that he supported both versions of the bill, according to screenshots from his official website obtained by Mother Jones. Later that day, after his office started receiving criticism of his statement, Fortenberry changed the statement to more accurately reflect his actual vote. Here is what was changed and added, marked up in red:

Last Report: After proposing a non-starter version of the Violence Against Women Act, House Republicans are backing down and signaling that they will clear the way for a vote on the bipartisan Senate version of the bill, which includes expanded protections for LGBT women, Native Americans, and undocumented immigrants.