Has Sebastian Gorka Been IMPORTED By Fox News & The Koch Brothers To Attack The Constitution? (i.e. An Imported Traitor?)

Background:
1. Sebastian Gorka: An Introduction To The Hungarian Nazi Who Is Deputy Assistant To The 45th President of the United States, Donald J. Trump
2. "Islamic Terrorism" Is An Arab Problem And Not A "Muslim" Problem - Fareed Zakaria
3. A Sampling Of Biblical Scripture For The Non-Fact Based Media Commentator

Summary: This guy, Sebastian Gorka, is a graduate from a University from a non-English speaking country and walks around like he got a real doctorate or PhD. His whole argument seems to hinge upon an old Fox News lie (that the "regular mainstream" media helps them with)...

Who is Trump aide Sebastian Gorka? He wore a medal from a Nazi-aligned hungarian nationalist organization to Trump's inauguration. And that's just for starters.

Sebastian Gorkas link to a Hungarian Nazi group (Hungary being the non-English country he got his "degree" from), is pretty damn clear. 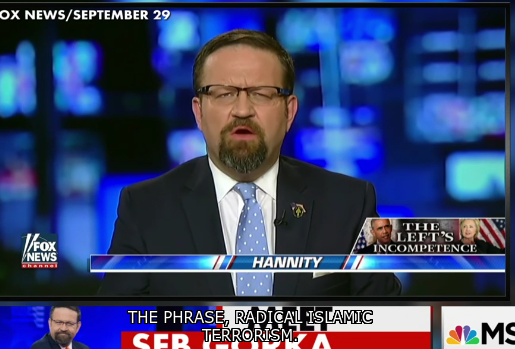 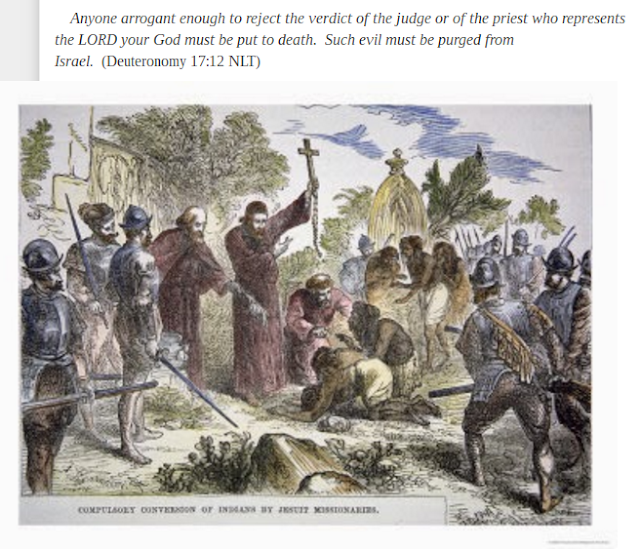 Deuteronomy 13:13-19 - Suppose you hear in one of the towns the LORD your God is giving you that some worthless rabble among you have led their fellow citizens astray by encouraging them to worship foreign gods. In such cases, you must examine the facts carefully. If you find it is true and can prove that such a detestable act has occurred among you, you must attack that town and completely destroy all its inhabitants, as well as all the livestock. Then you must pile all the plunder in the middle of the street and burn it. Put the entire town to the torch as a burnt offering to the LORD your God. That town must remain a ruin forever; it may never be rebuilt. Keep none of the plunder that has been set apart for destruction. Then the LORD will turn from his fierce anger and be merciful to you. He will have compassion on you and make you a great nation, just as he solemnly promised your ancestors. "The LORD your God will be merciful only if you obey him and keep all the commands I am giving you today, doing what is pleasing to him."

Deuteronomy 20:10-14: As you approach a town to attack it, first offer its people terms for peace.  If they accept your terms and open the gates to you, then all the people inside will serve you in forced labor.  But if they refuse to make peace and prepare to fight, you must attack the town.  When the LORD your God hands it over to you, kill every man in the town.  But you may keep for yourselves all the women, children, livestock, and other plunder.  You may enjoy the spoils of your enemies that the LORD your God has given you.
The reason why White Supremacists like Gorka want to use "Radical Islamic Terrorism" is to distract the people form the real terrorists of 9/11. You see, if people were to find out the truth about 9/11 then whole careers built on scapegoating a religion despite the Constitutional provisions protecting religion, then these guys would be known to be useless hacks and con men. To save themselves from this embarrassment they have chosen to attack America with lies rather than going after the real criminals and should be considered as accessories to the 9/11 coverup. (Obama tried to take an incremental step in the right direction rather than dealing with the problem like some sort of God expecting the people to listen to him cause he pointed silently in the right direction).

The following video illustrates the basic pattern of their deception;

IN THE NAME OF THE FODDERSeason 16 Ep 977/27/11 The Fox News rapid-response team distinguishes violence in the name of a religion from the practitioners of that religion -- as long as it's Christianity.


I've outlined this propaganda approach in the following links...

In detail: "Dr." Sebastian Gorka is a Hungarian Nazi who clearly has no respect for the Constitution (like the GOP party in general) and is here as one of the GOP's long line of traitors attacking the Constitution and America in their attempt to destroy America to hide their crimes of 9/11, Iraq War for Oil, insider trading (and god knows what else these criminals have done).

Theory: Gorka has been on Fox News alot who particularly like to bow to dictators and helped in every treasonous act a dictator might want to do or even just to consider like sheep, as Greg Gutfeld put it. Should we classify Gorka as an IMPORTED traitor? He clearly has no experience of America (he's been a citizen since 2012... his main qualification seems to be that he's a white Nazi). Could Fox News (& it's monetary donors & propaganda speech writers such as the Koch Brothers) have brought Gorka over JUST to attack the Constitution since he has no loyalty to the United States but to Hungary and the Hungarian Nazi Party (or something like that... maybe English speaking universities in his own country [Great Britain?] wouldn't admit him cause he's just an idiot high school level bully?)

Extracts from transcript to illustrate the nonsensical nature of Gorka's comments;

Gorka: London attack should be a surprise to nobody

Agreed. Studies have shown that since Dick Cheney decided not to take his own advice...

Obviously by now terrorism would have increased cause we all still blaming and killing mulsims for our crimes (9/11). But only patriots get this. (Obviously Gorka and Hannity are not patriots in any sense of the word except fictional as the following will show, I hope)

HANNITY: Dr. Gorka, I have been saying to people this is now a very simple choice, and the left in the country has made a decision. And their decision is they don't want to inconvenience those people that want the privilege of coming into this country and that they are willing to gamble with the lives of Americans. I don't say this lightly. If we don't vet because of their opposition, if we don't build a wall because of their opposition and people cross that border, enter this country without any vetting and Americans are killed, I argue they have blood on their hands! When will we protect the American people and make that our top priority?

Lets see, Reagan launched a terrorist campaign in South American removing democratically elected leaders and helped set up the state South America is in (thats why they are desperate to escape).

9/11 was an inside job which Hannity and Bill O Reilly were instrumental on Fox in covering it up.

Iraq War for oil, which was planned BEFORE 9/11 and cost 4000 + American lives so Dick Cheney could make money wasn't a problem for Hannity as well.

In fact Fox twisted it (while not calling it "spin") to make killing soldiers for their lords profits sound good...

GORKA: That's a priority for us. In the White House, we are unequivocal. Everybody needs to understand -- I don't care who you voted for. It's not about your party affiliation, whether you're a Democrat, Republican or whether you're independent. The fact is, evil exists. Sean, you know evil exists. Whether it's Nazis, communists, or now jihadis, it walks the earth. And we have to stop it from endangering American lives on U.S. soil. That is our primary priority in this administration. And that's what we...

That's just a joke considering Sebastian is a Nazi. Also, considering the problems in foreign policy and increase in terrorism can be linked directly to GOP/NeoCons previous action, I wonder what Gorka is upto?

HANNITY: Dr. Gorka -- Dr. Gorka, I say there is a clash of civilizations. If you grow up under sharia and you believe as a man you have the right to tell women how to dress, you believe you have the right to tell women they can't travel abroad, that they can't drive a car, you say a woman can't leave the house without a male relative -- many of these countries that live under sharia, that is their law. Marital rape in some countries is not a crime. Gays and lesbians are killed as a matter of course. Christians and Jews are persecuted. Is it even possible to vet what's in the minds, hearts and souls of people if they grow up in a culture that so contradicts our constitutional form of government, sir?

Another joke. Here is a basic outline of GOP politics on the religion front;

GORKA: That's a fabulous question, but you nailed it at the end. The bottom line is, what is your attitude to the U.S. Constitution? It is not a right of anybody to come and live in the United States. If you want to come here, the measure will be whether or not you respect the constitutional order of this nation and the founding documents. If you don't, Sean, I don't care if you are a member of the KKK or a member of the Communist Party, you are a threat to the United States. And global jihadism is a threat, just like those prior ones.

Given that Gorka has only been a US national for a few years and all these lies that betray the constitution... the above words are hypocritical at best and a cover at worst (which is beginning to seem more and more likely - some sort of Koch operative placed to find a way to destroy the constitution)