The Watters World Con: Jesse Watters Takes His Demonizing For The O Reilly Factor A Bit Too Far & Gets Slammed For It

Watters World is a con within a con, so to speak. This post outlines how Watters World uses biased "reporting" to demonize people along it's traditional "liberals are Nazis" line. I would just like to point out that their demonizing strategies got a Judge killed, started a planned parenthood shooting (two of them counting what Bill did) and inspired (or at least caters to) the worldviews of multiple right wing terrorist shootings/murders.

In the following segment you see Watters World pick on old people who can't speak English (totally in line with their party's political strategy though);

Here is an example of asking people about Mike Pence right after the VP debate, Watters World style;

Here are some more examples of weirdly demonizing sort of behavior that is commonplace on Watters World (not an every episode thing, obviously, as it would be obvious and tiring); 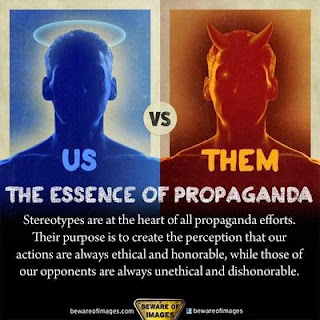 The basic strategy Watters World seems to be following, I call the 'All Liberals Are Nazis' tactic.

BILL O'REILLY DEFENDS HIS NAZI ANALOGIESJANUARY 27, 2011 - Bill O'Reilly explains that he had a good reason for comparing Arianna Huffington to Nazis. (6:47)


Other such killings by Traitor Republicans calling it "free speech" when all it really is is right wing terrorism is covered here;

Republicans Demonstrate How To Kill People With Rhetoric (Something We Know Can Be Done Since The 1900s!)

Flashback to one where Bill helped start a panic and then started acting smart;

At 2:50 Watters points out that the Ebola Czar is not a Medical Doctor, i.e. he seems to believe that the administrative tasks for battling the spread of the disease (now that a cure has obviously been found) should be in the hands of the people least equipped to handle such a task, doctors.

At 4 mins: Watters says 'you're giving me advice of not to mock people' i.e. it's what Bill O Reilly is all about. Mocking people. Making fools of people. Lying to people and make them do the wrong thing while he laughs at how much damage he has been able to do with his lies and deceptions.

"WATTERS' WORLD" MAY 1, 2014 - "The O'Reilly Factor" correspondent Jesse Watters hits the streets in a segment highlighting the ignorance of America's youth. (3:32)