Background:
1. Minority Rule: How Republicans Do Electoral Fraud To Exert Dictatorial Type Control Over The People Of The United States!
2. Minority Rule: Get Big Money Out Of Politics (We Have Become A Plutocracy!)
3. GOP's Height Of Hypocrisy Series Part 10: Rule of Law Hypocrisy - More Evidence Of The GOP Obstructing Justice & Other Constitutional Abuses

The GOP Doesn’t Care if Their “Law and Order” President Breaks the Law | The Daily Show
Following Michael Cohen’s sentencing, Republicans scramble to downplay the criminal implications for President Trump.

Daily Show points out that all Republicans SAY no one should be above the law but when it comes to campaign finance laws, suddenly everyone thinks/acts like that's a bad idea because, apparently, "everyone" is involved and that would make us a banana-republic (certainly explains why there was no investigation into the GOP's congress insider trading schemes!), but doesn't that make us a Plutarchy rather than a democracy anyways?. Screenshots of the people making these ridiculous arguments from the video above: 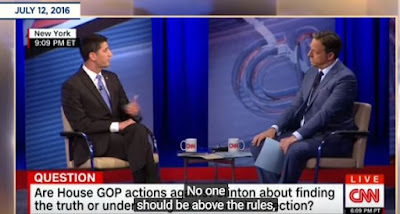 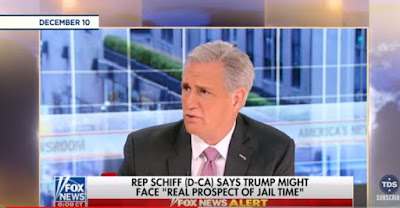 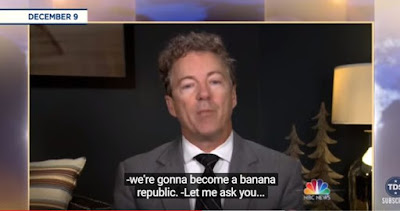 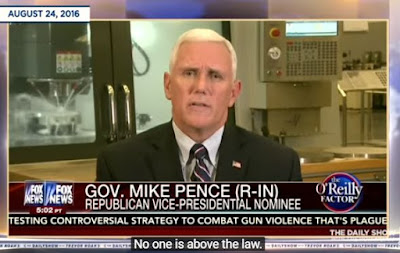 Given how Republicans are OK with breaking campaign finance laws that pretend to limit the influence of big money in politics (for whom the GOP rig their districts to pretend to rule like democratic Americans).

I thought I would outline how openly these big money politics games are played with the brilliant demonstration provided by Stephen Colbert with the Colbert PAC and Colbert Super PAC adventures (Aided and abetted by Jon Stewart);


STEPHEN FILES SUPER PAC REQUEST 5/16/2011 Stephen addresses 500 white people on the steps of the FEC after dropping off his legal request to form a super PAC.