Minority Rule: Get Big Money Out Of Politics (We Have Become A Plutocracy!)

Rule by a few wealthy individuals is called a Plutocracy (not a Democracy as the GOP pretends its running). Even a Plutocracy cares about foreign enemies but not the welfare of the people (as it says in the Constitution), i.e. we are not a Constitutional country anymore but a Plutocracy.

Get Your Fudgin' Money Out of My Democracy! | November 5, 2018 Act 3 | Full Frontal on TBS
It's an election year! But are we picking our representatives or are corporations choosing them? Sam teamed up with Ben of Ben & Jerry's to get the money out of our democracy and into our ice cream!


The problem with our current (anti-constitutional style) system;

Samantha Bee: What would framers have thought about the role of money in politics?

Revel: They thought it was really important for us to have a representative democracy and what we now have is not that"

Larry: Yeah, if the framers saw how members of Congress spend anywhere between 30 and 70 percent of their time raising money from a tiny fraction of the 1% they would be rolling in their graves. When they looked at Britain they talked about the parliament over and over again as an example of what they could not create in America because the king had an extraordinary power... 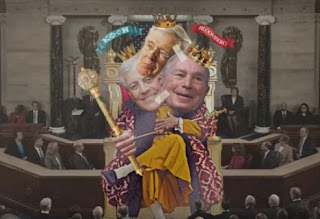 ...to be able to basically pick members of parliament ... 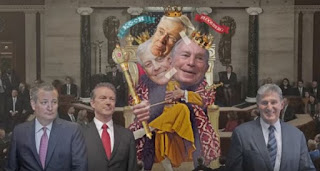 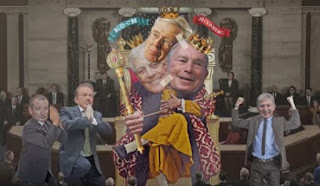 And because the politicians, especially Republican politicians, are beholden to big money, corporations have gained immense power of the years that shouldn't exist in a fair economy;
AMERIFAM 9/28/11 Samantha Bee gives a struggling American family all the advantages of corporatehood, with a huge can of "You're welcome."

Since a landmark 2010 federal court decision on campaign finance rules, super PACs have  dominated the campaign finance world.
These independent expenditure-only committees are able to raise and spend unlimited amounts of money for or against any political candidate — as long as they aren’t directly donating that money to a campaign or coordinating spending with candidates.
These super PACs wield massive financial power and influence in elections. Just this cycle alone, super PACs registered with the Federal Election Commission (FEC) have received over $1.3 billion and have spent $695 million.
By comparison, the Democratic and Republican parties are far behind that total. This cycle, the Democratic Party raised $802 million and the Republican Party raised $859 million.
For something with so much power over American elections, there must be specific requirements and regulations for who can own and operate a super PAC, right? Wrong. By following a few simple steps, basically, anyone can be the proud owner of a super PAC —  including 14-year-olds and prisoners.
“The FEC has not kept pace with the change in modern campaigns,” said Corey Goldstone from the Campaign Legal Center. “This is due to vague rules that are the result of a bitter partisan divide among its commissioners that make it hard to agree to investigate even the most obvious crimes.”
The Center for Responsive Politics identified eight super PACs created by people who can’t participate in elections. Some of these super PACs were started by teenagers who can’t vote, while others were formed by people sitting behind bars. Read more.


The ultimate result is that, through a network of liars designed to deceive the people with the help of Fox News and Republican politicians, the GOP have turned Democracy on its head and now our country represents the few and not the many, i.e. it no longer reflects the will of the people but only the will of the deceived funded by a small group of evil donors that should really be classified as domestic terrorist funders, in both their politics and economics.

Minority Rule | September 12, 2018 Act 1 | Full Frontal on TBS
In 2010, Republicans picked up their art supplies to redraw maps that have allowed them to win elections despite being in the minority. How can we keep them from getting crafty again in the future?

Basically, despite HUGE support for certain policies, the GOP is basically passing bad policies (that even kill people) and getting away with it using various labels to hide their actions (such as "this is what my base wants" or "this is the will of the American people", all the while referring the the huge media con the Republicans are playing with a great deal of media support). [Note: Media people such as Chuck Todd may point to a couple of cases where Republican style Democrats have gerrymandered their districts (if there are any left) but its that way with ALL Republican districts. Deceiving the left in favor of Republican lies appears to be Chuck Todd's job]; 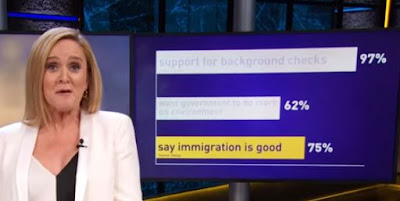 Republicans have rigged their districts to give them more seats for less votes and thus power, off the few, while subjugating the general will of the people not addicted to one media channel like a State TV audience, such as Sinclair; 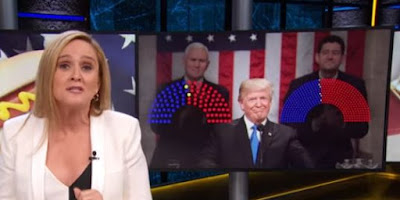 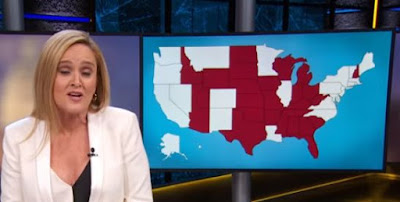 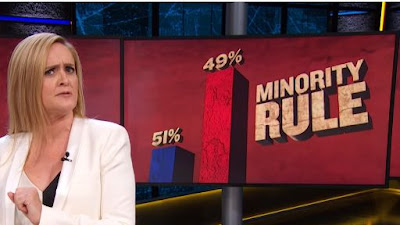 Here is an example of the GOP using its power - gotten from fewer votes than is fair - to subvert power in an undemocratic fashion (as is their style of politics, i.e. treasonous, i.e. supporting the rich at the cost of the many while ... using half of the many to fulfill thier political goals);

Democracy: A Retrospective | December 12, 2018 Act 2 | Full Frontal on TBS
Transmission incoming from 2068 to 2018, the last known year of American democracy: no amount of blue wave can wash away the moral depravity of the GOP as they perform their last-ditch power grabs.


Screenshots: Republicans got more seats from fewer votes and are out subverting the will of the people through undemocratic power grabs; 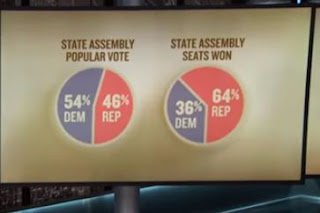 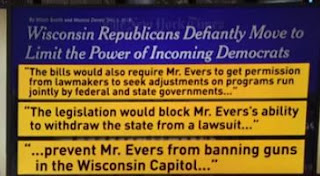 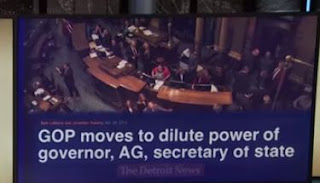 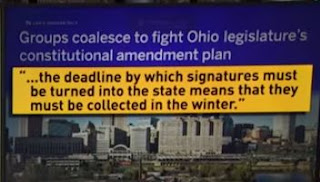 While many politicians are beholden to corporate money (generally, but not always, through lobbyists, earning America its new global corruption rating), the Republicans have taken it to much more extreme levels where they are literally in defiance of the Constitution and American values by the money they take and the politics they support. This post outlines the fact that the Koch's and other rich billionaires (who also like to keep thier money in tax shelters) are controlling the political process like despots through the exact parliamentary problem the Founders saw in the England that they wanted to avoid, i.e. by allowing unlimited money in funding politics, the Republicans (and other big money special interests) have effectively changed "we the people" to "we the rich donors" and "we the corporations" that is a fundamentally unconstitutional (factless/unscientific) position/politics to have and indicate authoritarian-tendencies/treason.

GOP's War On the Constitution