An Introduction To, And A Basic Overview Of, The Fake Economics Republicans Push

Background:
1. Ronald Reagan's Policies Began The Destruction Of The Middle Class & The Constitution
2. If Believing & Following Lies Makes You A "Conservative" Then America Is In BIG Trouble (The Conservative Movement Is Basically JUST Terrorism/Nazism)
3. Stephen Colbert: The GOP-Republicans Are Planning A Quite Attack On The Economy That Would Kill 3 Million Jobs And Cost 1.5 Trillion In Lost Economic Revenue.

What Republicans like to do is push ideological ideas that have been shown not to work over time because of philosophical positions they have taken (mostly because they were bribed to do so but some do it cause they are stupid).

Why would any American seek to destroy the economy of their own country? This is because their rich donors (such as the robber barons Koch Brothers) are trying to create an economic environment where the rich get richer and CAN take control of the nation at the cost of the people as that's what Ayn Rand, an escapee from Communist Russia with no knowledge of history and how robber barons lead to kings and communists, fantasized about.

AYN RAND & PAUL RYAN 8/29/12 Just because Paul Ryan got into politics because of Ayn Rand, and requires his staff to read her, doesn't mean he likes her. 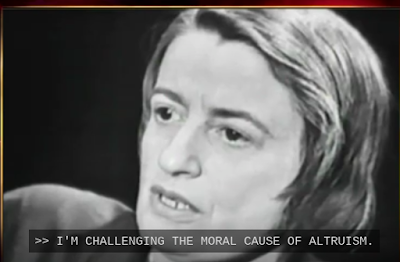 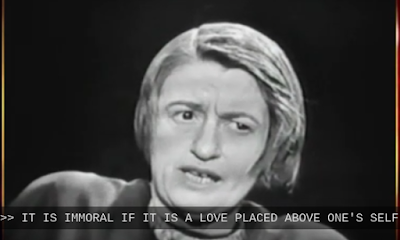 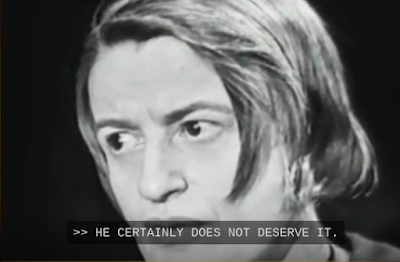 Q. "If a man of woman is weak is he/she beyond love?" Reply: "He certainly doesn't deserve it" Ayn Rand (Clearly this woman has been damaged and has blocked off her feelings... thus any ideas of her are contaminated with hate)

Her ideas of "economics" (which is based around her philosophy of avoiding "altruism") is basically that its' OK for the rich to steal from the poor and suppress them so they cant rise only the already rich guys can. Something which Republican traitors love... 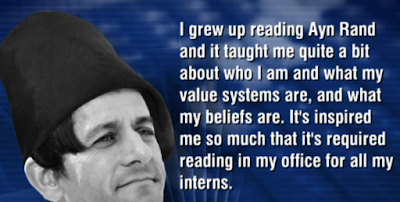 Interesting thing is that Paul Ran cons people into thinking that somehow Ayn Ran's economics (she is a fiction writer afterall) is somehow different from her philosophy; 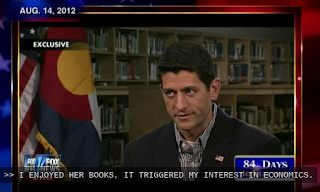 2:37 Ayn Rand's philosophy of rational self interest states that the purpose of life is pursuing your own happiness with no regard for others.

By Ayn rand's definition Dick Cheney is the perfect example of the sort of capitalism she envision for "free men". You can follow Dick Cheney's example by learning more about Dick (by clicking here).

A professor goes into some more detail...


JENNIFER BURNS 10/15/09 Jennifer Burns can't explain why Ayn Rand's atheism is not much of an issue among conservatives today.

Since we live in a real world and not one of ideology this attitude is a threat to our economic stability. This post provides an introduction and overview of how wrong GOP economics is and what they seem to be doing this sort of economic treason for.

The Daily Show: The Republicans' refusal to accept any tax increases to help America out of debt is like a doctor believing strictly in magic to cure a patient. (5:46):

Reminder: Republican rule put the country on the brink on economic collapse (remember 2008-09?). Even George Bush said that he didn't understand that his ideological position of no taxes etc. turned out to be bad for the economy (hehe)

Revenue + Expenditure = A State (or lack of one) ... the example of Kansas;

GOP austerity is a disaster of Greek proportions: Sam Brownback, Bobby Jindal & the economic scam of the century

Taxes are what you use to fund projects to develop the infrastructure of the economy. Improving the economy with taxes to pay for the expenses leads to short & long term economic growth. No Taxes = No State (no army, no roads, no bridges and no money to make repairs and upgrades... thus the infrastructure business relies on to grow and make their business easier - or even to work at all - is dependent on taxes. The age of the 90% tax rate is long over... this isn't an issue for the American people unless you con them into thinking so). Note: The reason we have "Progressive Taxation" is to put less of a burden on the poor and middle class so they can grow. Rich people keep thier money or spend it on luxury goods which helps the bottom line of the economy (s far as "the books are concerned) BUT does NOTHING for the people as the money is kept and exchanged at the very top and thus doesn't allow the multiplier effect to take place that a minimum wage increase would accomplish, as an example. Another example: if of the trillion dollar infrastructure bill... if you cut all taxes then you will be running a deficit and you will be searching for money to cover stuff that we previously had money for... finding money for the trillion dollar infrastructure bill will be nearly impossible.

Taxes pay for expenditures that help the country. Cutting taxes is a great mantra but its usefulness ended a long time ago.
Article: 10 Things The GOP Doesn't Want You To Know About The Debt

Flint is the perfect example of what happens when you turn the economy over to the GOP establishment (why do the Democrats not say anything? They are cowards who bow to the establishment as that's where the money is). Lets take a look at what the GOP Establishment are allowed to get away with (i.e. treason);
Flint water crisis born from mishandled economic crisis - Congressman Dan Kildee talks with Chris Matthews about the economic past that brought Rick Snyder's "emergency managers" who caused the Flint Water Crisis, and the trade conditions that challenge a comeback for Flint.
Result of GOP establishment economics in Flint? Flint now relies of charity to survive. GOP establishment economics is simply bad for any society. That's why ALL GOP run states end up needing money from the outside to survive. They aren't designed to help the people (thier citizens) they are designed to help whoever is paying the most money to the GOP establishment... who happen to be the Koch Brothers. 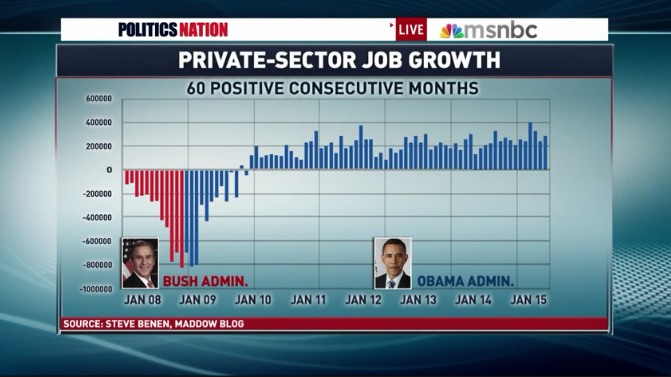 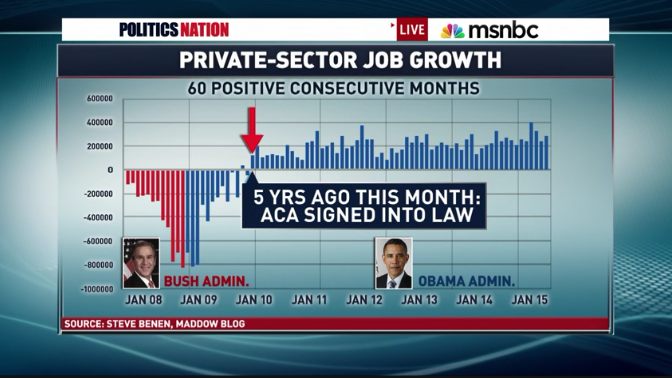 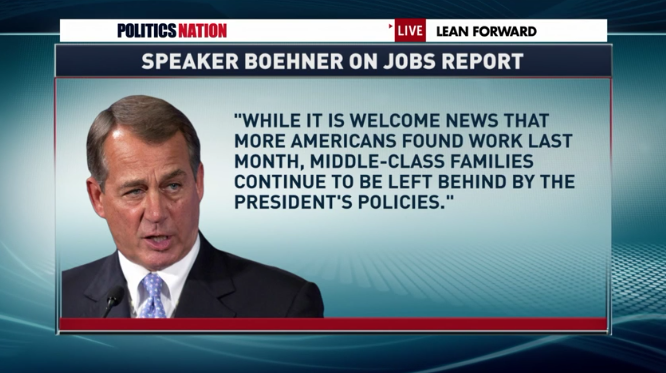 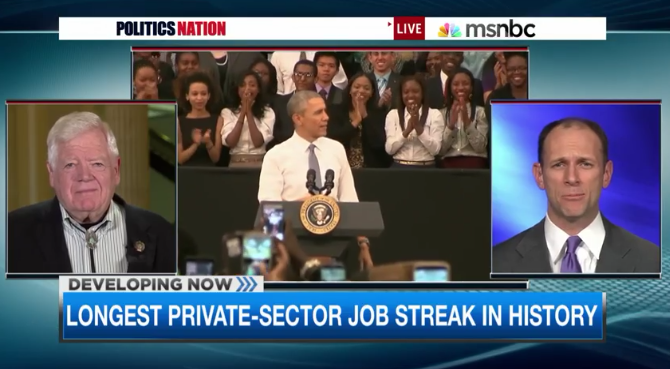 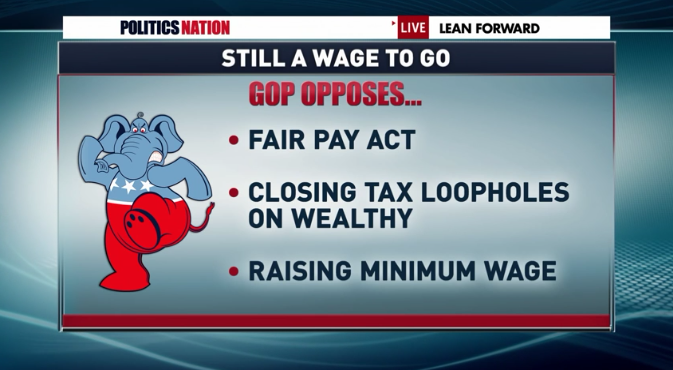 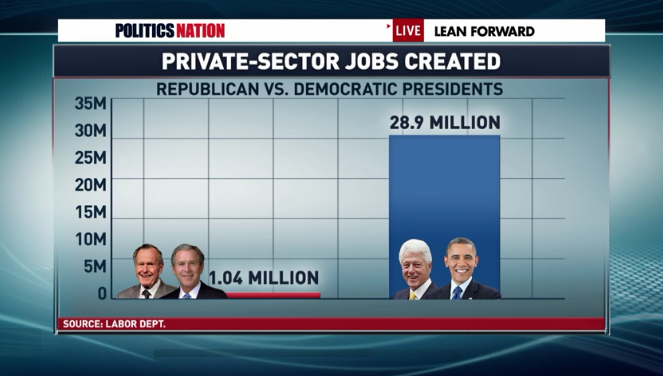 Example of the GOP's TRUE Religion (i.e. what their fake economics is designed to focus on at the cost of the rest of the nation as it helps thier 9/11 coverups): The religion of 'we can spend as much as we like on wars and we don't need to find any sort of revenue to pay for it'...

Paul Ryan is a budget hawk's budget hawk, never one to believe a government bureaucrat who self-servingly claims that a spending cut will cause real damage to his program and the people it benefits. But there are exceptions:


House Budget Committee Chairman Paul Ryan (R-Wis.) expressed skepticism Thursday that U.S. military leaders were being honest in their budget requests to Congress. “We don’t think the generals are giving us their true advice,” Ryan said during a forum on the budget sponsored by the National Journal. "We don't think the generals believe their budget is really the right budget."
"You don't believe the generals?" [managing editor Kristin] Roberts asked.
"What I believe is this budget does hollow out defense," Ryan responded...."I think there’s a lot of budget smoke and mirrors in the Pentagon’s budget," Ryan added, saying his proposal was an "honest Pentagon budget."

Just to be absolutely clear here: if we're talking about a program that helps the poor or the elderly or the sick, Ryan is eager to cut spending. In fact, he's usually eager to be the biggest budget cutter in the room. But if it's a program for the military, he won't accept spending cuts even if the military brass supports them. In fact, he insists on raising their budget.
For some reason, this is known in mainstream circles as being a "deficit hawk."


At 1:15: FoxNews pushes the belief that spending is bad EXCEPT when done for war! 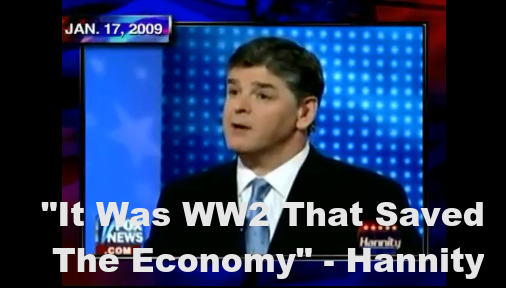 Clearly Trump is being influenced by Paul Ryan and the GOP's standard fake economics regime designed to destroy the country (like they did in 2008) to hide their sins...


The only jobs Paul Ryan and Fox News really want to bring us... 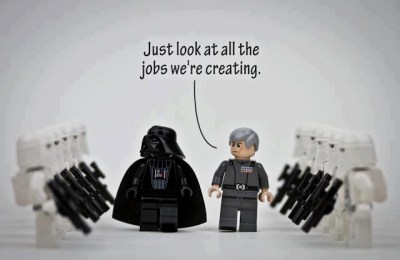