Stephen Colbert Describes, What Appears To Be, A Class War Type Shakedown By The Pentagon

We are all familiar with how the Traitor Republicans like to cut taxes for their REAL base (the 1% in this country who are super rich) while increasing taxes for the rest of us (taxes is how "America" was created... it's how we built roads for business to take place etc). Now the Pentagon, which also appears to be basically Republican, are asking for the bonuses they gave soldiers AFTER the put their lives on the line to make Halliburton billions and Dick Cheney millions (i.e. the "Halliburton Agenda")... and I'm not even including the illegal torture, mass murder, other Iraq War lies and the multiple financial scams the Republicans seem to pull with no consequences (Oh! The glory of being a white, rich and famous thief... you become untouchable as law enforcement as YOU write the laws in the first place). Pentagon could just take back all the money Cheney-Bush and their other allies stole from the Tax payers, but instead they are messing with their soldiers (again!) probably because they are poor (if we keep history in perspective). Anyways, here is how Stephen describes it; 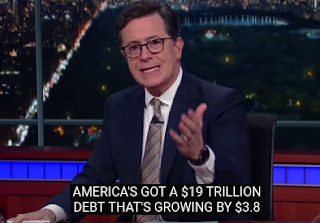 This is the debt the Republicans keep blaming Obama for. It's also the STATED reason why they won't pass any economic boosting measures in Congress (they control the economy more than the President). 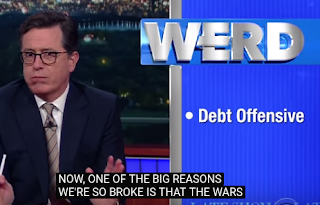 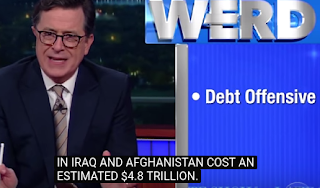 Here is where the whole debt controversy STARTS to get weird. The party that blames Obama for the debt are ones that voted FOR the Iraq War and THEN covered it up with thier media (with whatever tactics they used). Now that the Republicans act like the Iraq War never happened (when the oil money profit from Iraq came out the media started announcing that 'the fog of war' made us forget Iraq... so the people listened cause it says "news" on the media channels that first announced that). As anyone with student debt know, just the interest payments on the loan can last forever. The Iraq War and Afghan wars are not even over AS WE STILL HAVE TROOPS AND BASES THERE THAT WE HAVE TO PAY FOR... BASES THAT THE GOP PUT THERE.


GOP Hypocrisy On The Issue Illustrated

John Boehner reveals the Republican plan to destroy government and create a super-race of right-wing Titans. (3:01):
The Daily Show
Get More: Daily Show Full Episodes,The Daily Show on Facebook,Daily Show Video Archive
Note: Left out unfunded Bush wars + the huge reduction in taxes for the rich which is the single largest contributor towards the debt i.e. if you don't remove the causes of a problem the problem will persist. Bush admits to this below.

Reminder: Republican rule put the country on the brink on economic collapse (remember 2008-09?). Even George Bush said that he didn't understand that his ideological position of no taxes etc. turned out to be bad for the economy
Past GOP hypocrisy on this issue showing a pattern of behavior:

Miscellaneous article: 10 Things the GOP Doesn't Want You to Know About the Debt
News Report: Is the evidence for austerity (severe debt reduction measures) based on an Excel spreadsheet error?

What John Stossel seems to be doing below is trying to sell fake economics to the people... 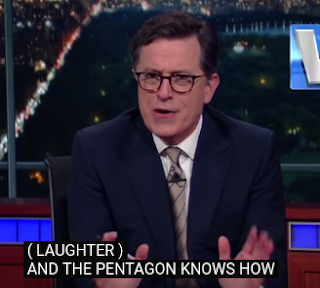 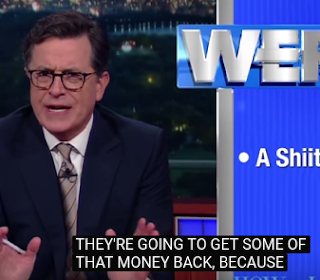 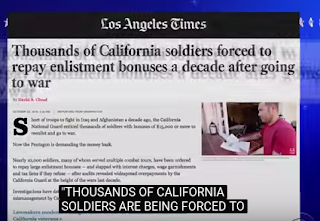 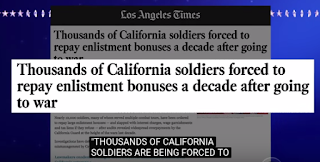 So, the Pentagon, in true Republican fashion, decided to go after the people they conned to fight their oil war (after a takeover by, I'm guessing, Republican Traitors WITHIN the Pentagon itself). The funny part is we actually have visual proof of theft by the GOP (if you put context around the Iraq War which the media strives not to do); 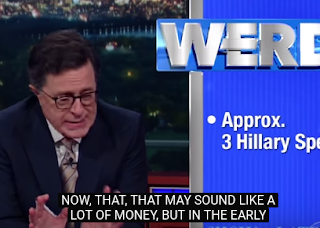 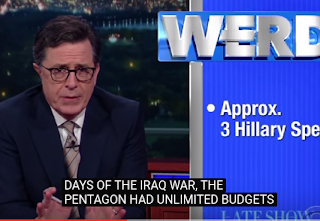 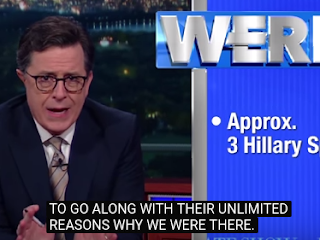 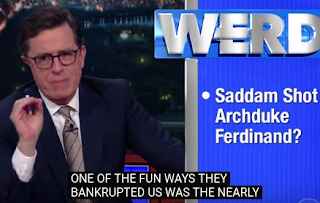 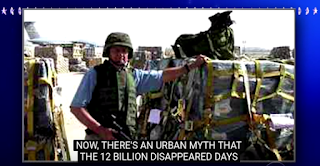 Sigh! Just another GOP-Republican financial scam that can't get investigated cause they wrote laws to make it OK (or at least easy) to steal from the tax payer to make themselves and their buddies rich and then footed the rest of the country with the bill by cutting social services and waging war on the population so they don't find out and get angry and do something silly, like take their money back. Anyways, since the major financial scam of the Bush Administration, the GOP have made bribery legal so they don't need to get back the White House to make money anymore. Smart.

You can get more details from the video above. Here are related past post;