Maddow Provides Multiple Examples Of What A Demolition Looks Like & What Happens When It Goes Wrong... Proving A Perfect Jump Off Point To Talk About The THREE Buildings That Fell In Free Fall Time On 9/11 Like The Demolitions Maddow Talks About

Background: Only In America Do Buildings Fall From Fire. Do We Need To Re-evaluate Our Building Codes?

To illustrate a breakdown within the Republican party, particularly between Paul Ryan and Trump, Maddow provides us with multiple examples of what a demolition looks like when it works and what a demolition looks like when it fails. The similarity between the THREE buildings that fell on 9/11 (one which was not hit by a plane yet fell in free fall time) is striking. Lets let Maddow proceed with the demonstration while I add visual examples to Maddows base to it to show how it crosses over to 9/11 science.

Trump, unshackled, leads Republican implosion Rachel Maddow reports on the war within in the Republican Party as party presidential nominee Donald Trump turns his wrath on House Speaker Paul Ryan and others in the party he feels are disloyal.

First, an implosion (or what a building looks like when explosives are used to make the building 'fall into its footprint' in "freefall time" i.e. the explosives have to be exploded in sequence so there are no floors left below the building fall, which begins at the top. If any floors are not exploded then the building fall would stop where the explosives stopped because the steel and concrete prevents such a collapse because they are strong... it's why such materials are used in construction in the first place)... 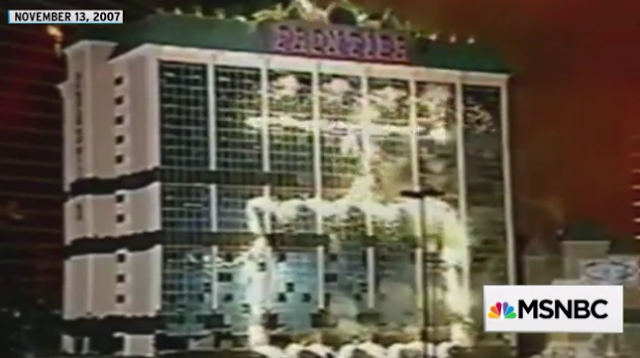 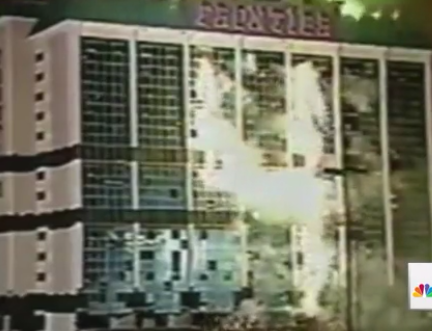 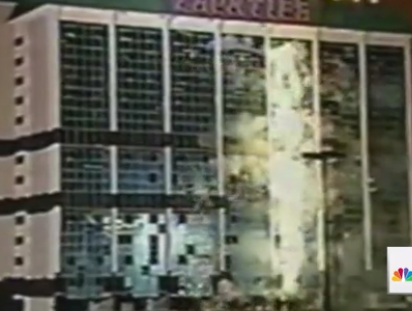 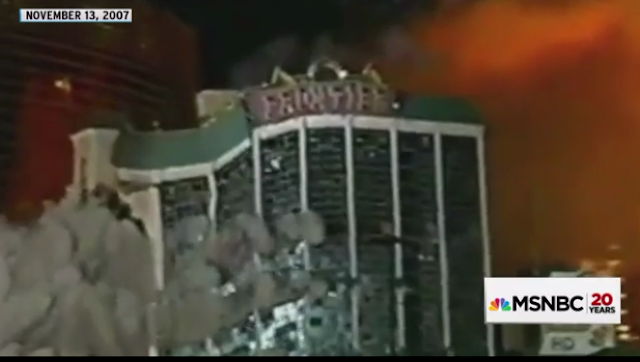 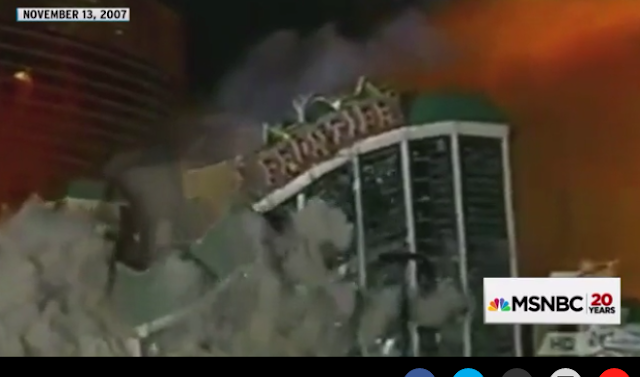 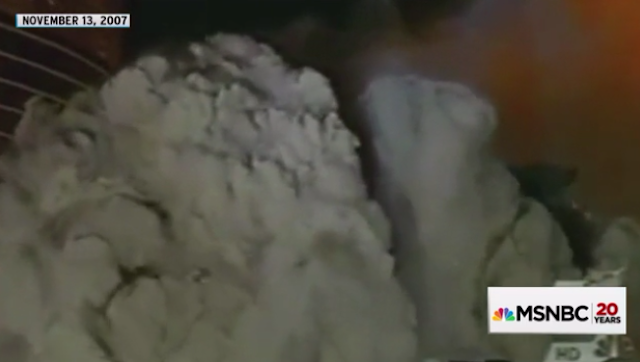 The building falls down AS IF it were hollow. i.e. it collapsed in FREE FALL TIME.

Now, if explosives weren't used all the way from top to bottom on the building then it would fall like this...

The reason the building doesn't fall into it's footprint from structural damage is because the multiple steel beams, reinforced with concrete makes the structure solid... and that why we call it a "building".

Now that free fall time and a building falling into it's footprint are explained, take a look at this video of multiple buildings being demolished and contemplate this basic fact... NO BUILDING CAN FALL INTO IT"S OWN FOOTPRINT - IN FREE FALL TIME - UNLESS EXPLOSIVES ARE USED. THESE ARE ARCHITECTURAL FACTS.


Now compare it to the THREE buildings that fell on 9/11 (links are provided below for a more indepth research adventure);

The above building, that fell like Maddows demolition example, wasn't as close the the other two towers (that fell that same way... if the building was damaged and they had to "pull it" then why not just tell the public? Because it takes days and even weeks to set up a demolition) 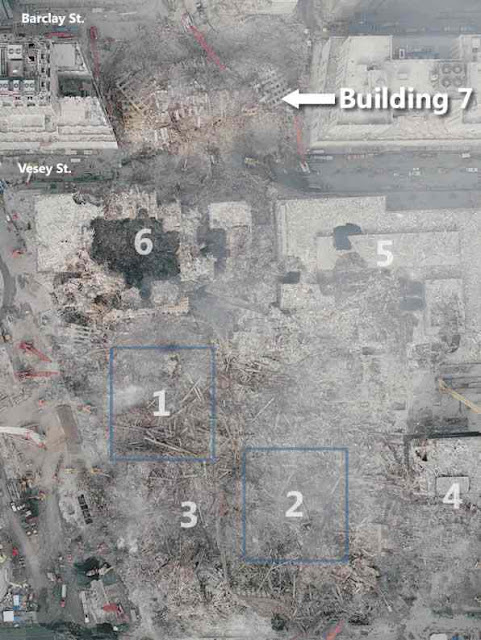 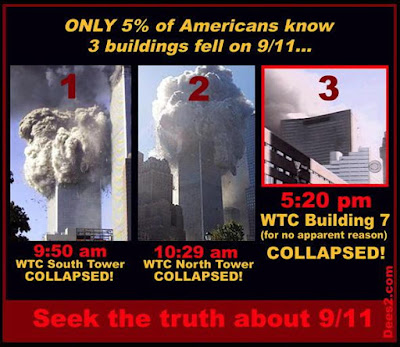 Now, the other two building that fell on 9/11 were not on fire below impact and thus the argument that the "jet fuel" (i.e. gasoline) melted the building and caused it to fall like a demolition... IS THE STUPIDEST ARGUMENT EVER and only an anti-science party could have come up with such an inane argument. (people who debunk the "jet fuel argument" never include the whole building in their "science"... or basic physics i.e. notice how a building falls if part of it's structure is made weak, i.e. it breaks... it doesn't fall like a demolition because the rest of the building still exists... an MIT engineer has already explained that the fall the White House says happened couldn't have happened under standard construction techniques ... only a demolition can) 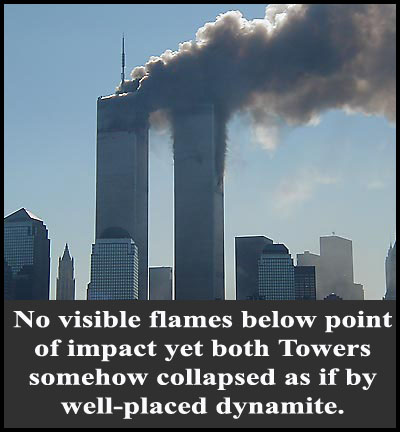 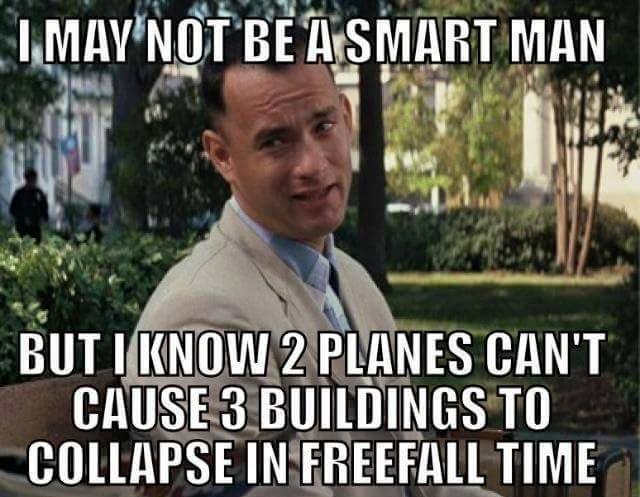 Now an implosion that went wrong (construction grade steel doesn't break easily, thus explosives have to be placed at various points to break the structure enough for it to fall... these structures are not designed to fall from fire... that's more like 16th or 17 century London than modern steel and concrete structures); 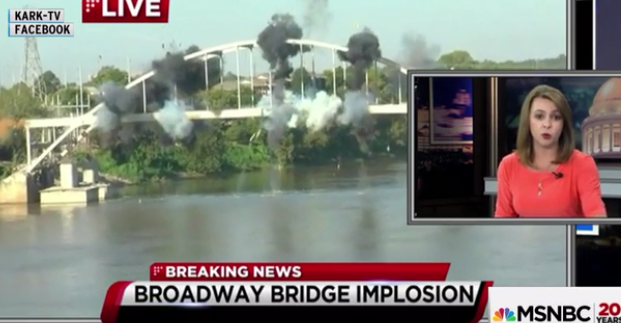 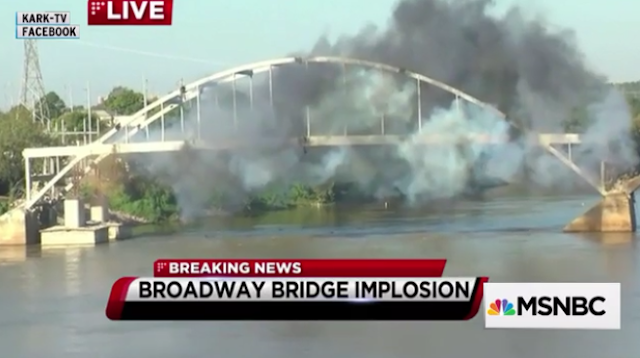 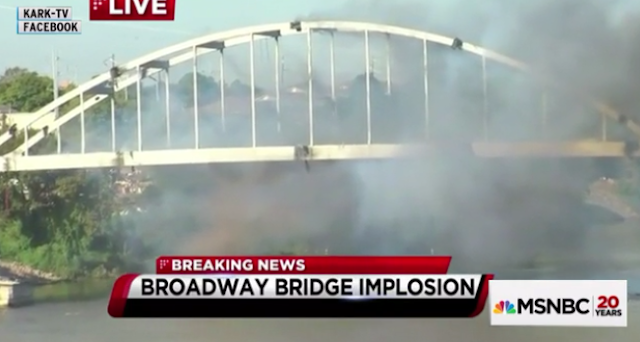 Eventually the structure fell but like a demolition gone wrong; 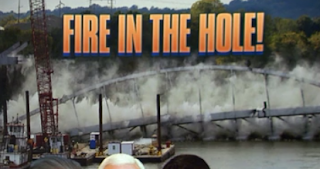 
It is unclear why Maddow would use such strong visual examples UNLESS she wants to bring 9/11 truth out without actually saying so (the path of a coward, but a path to truth nevertheless... she should just say it outright rather than confuse people with these images).

Here are links for in-depth research for people inspired by this post;

The most recent news about 9/11 is here;

How The GOP's Congress Override On The Veto Of Thier 9/11 Bill Could Backfire On US Taxpayers (BONUS: Proof Of Mitch McConnell Lying)

My most recent overview of 9/11 science with the experts is here;

On 9/11 - The Few VS The Many: How A Few Experts Using "Government Authority" Managed To Outweigh The Many On Network News