A compilation of a hearing of experts on the tenth anniversary of 9/11 in Toronto, Canada.

On the tenth anniversary of the Attacks of September 11th, 2001, expert witnesses gathered at Ryerson University in Toronto, Canada to provide evidence-based research that called into question the official story of 9/11. This was known as The Toronto Hearings on 9/11.Over a period of four days, these experts in Structural Engineering, Physics, Chemistry, and History gave researched and professional testimony to an international panel of distinguished judges. The panel of judges, in conjunction with the steering committee would go on to publish their final analysis of the evidence provided, which called for a new investigation into the Attacks of September 11th, 2001.This film is a summary of the strongest evidence given over the four days of hearings. To see the hearings in their entirety please visit http://torontohearings.org/ or read the final report available on the aforementioned website.For more info on The Toronto Hearings on 9/11 visit:http://torontohearings.org/http://pressfortruth.ca/top-stories/t...https://www.youtube.com/watch?v=kpiVv...For the full 6 hour DVD visit:http://pressfortruth.ca/top-stories/t...Support Press For Truth by becoming a PFT Patron at http://www.patreon.com/PressForTruthShout out goes to some of my first PFT Patrons Martin Hill, Halvor Dingsøyr and Maverick Wilson!

What follows is a video on unknown qualifications going over a possible financial fraud on 9/11 (which makes sense if someone knew about it before hand and wanted to profit from it). Interestingly enough, the financial crisis of 2008 with it's shady background and bailout (with bonuses) for the rich (cause of too big to fail) may be part 2 of an 8 year long stretch of the craziest and boldest financial scam in history.

Another documentary showing the financial scandal surrounding the Bush family from the beginning;

A while ago I accidentally figured out that one of the advantages to Bush of 9/11 was that the SEC's investigation into security fraud (later made legal by Congress for Congress for a period), whose office was in WTC 7 (which fell for no apparent reason), could now not be completed.

Start at minute 27 (where the commentary begins on the "Bin Laden Group" funding George Bush's oil company because he was the President's son and thus had easy access to power and wealth, i.e. a full proof of profiteering by George Bush, and the Carlyle Group using privileged access.) and watch at least till the 35 minute mark... doesn't it seem like the Bush family was helping a Saudi family get rid of a black sheep of the family by framing Osama for 9/11 (not saying Bin Laden didn't want the fame just saying he didn't necessarily deserve it as the above hearing proves).

Bush had a history of being investigated by the SEC which was in WTC 7 (a building that fell for no apparent reason on 9/11); 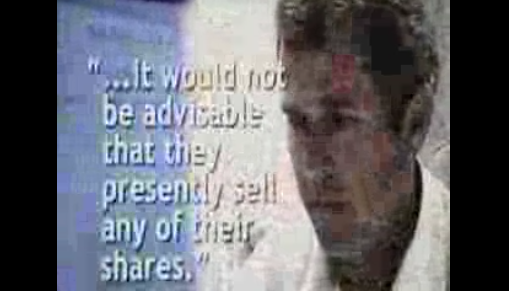 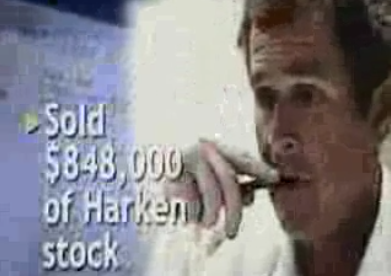 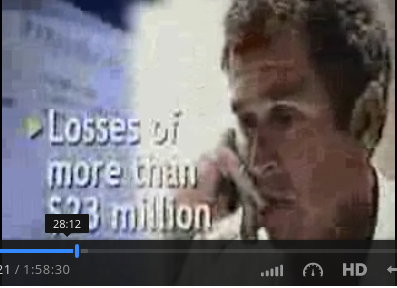 This group, on which both Bush Presidents sat as did the Bin Laden family, profitted big from 9/11 (as Halliburton did from Iraq); 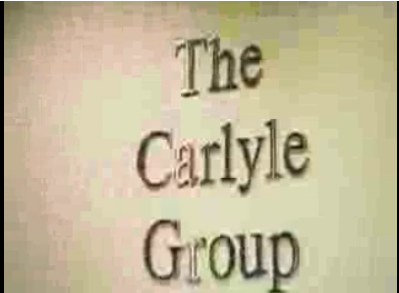 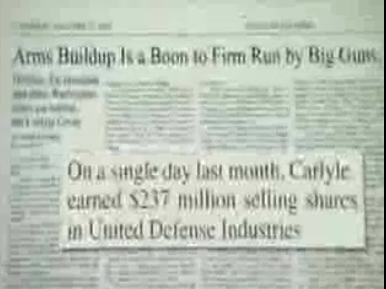