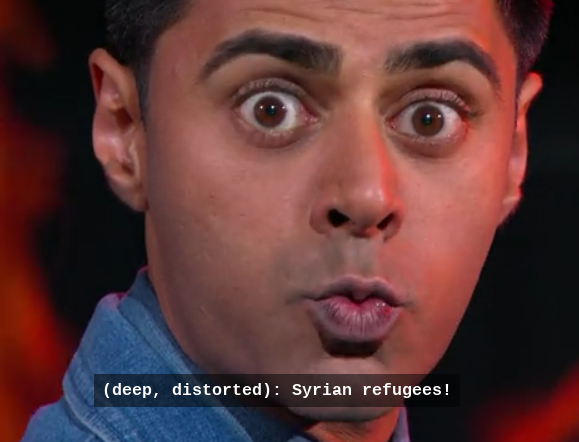 Minhaj acting like refugees are dangerous while leaving out the fact that Fox News is after Muslims as decoys for crimes (see background links above for full explanations)... but that part is left out by the media itself so the segment fits public consciousness.

1. Calling White Terrorists "Mentally Insane" Doesn't Change What They Are (Just Ask The Terrified People Who Were Their Victims)

2. Planned Parenthood Ruling Reflects Racial Bias (Or, Maybe, A Complete Disregard Of The Beliefs Of The Right Wing Population In America By People Calling Themselves Shrinks)

3. How Can Psychiatrists Be Allowed To Prescribe A Physical Substance For A Mental Disease That Has No Biological Source?

What Fox News (& others of Traitor Inc.) are pushing i.e. that people would want to leave the heaven on Canada for the comparative hell of America! Nuts!... But then, since Fox & The GOP have been killing Muslims for oil etc. they figure some Muslims (or even brown people?) will get pissed off and come after them. 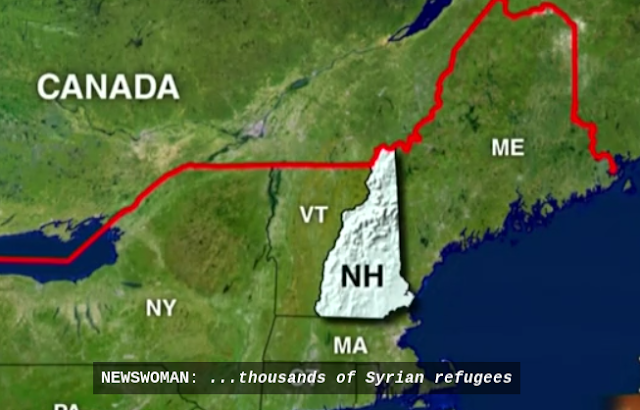 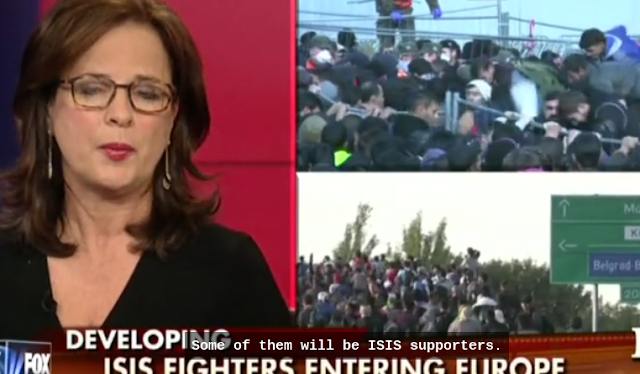 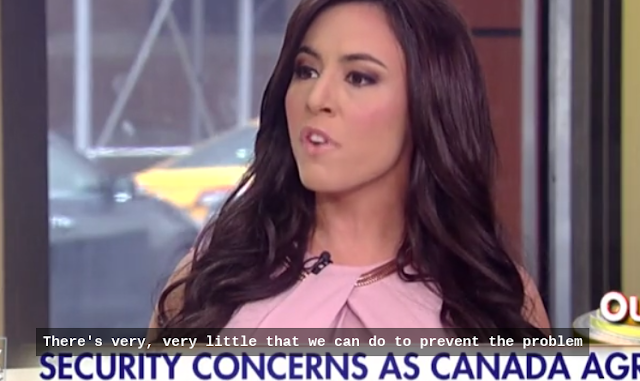 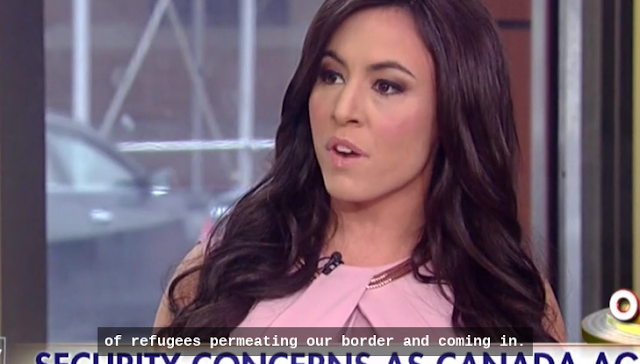 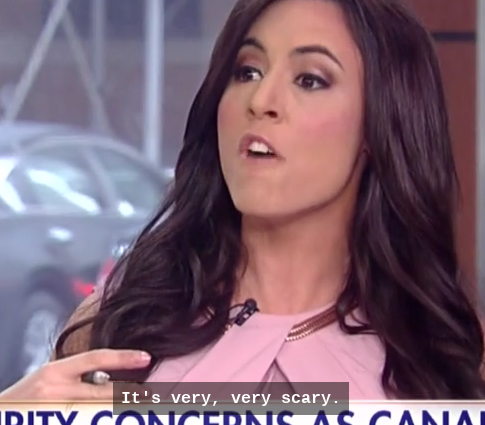 Since the easiest way to manipulate (hypnotize) people is through fear, that's generally what Fox News pushes to the point of trying to build up fear towards Muslims while making Christians seem like angels by comparison... no matter what they do (following the principle GOP, Fox News & the FBI have been pushing for a while, i.e. that colored people are biologically prone to violence);

I covered this in more detail here; Hasan Minhaj Nails It On America's Hypocritical (Racist) Response To Terrorism/Violence/Murder, i.e. The Double Standards In Evaluating Murder 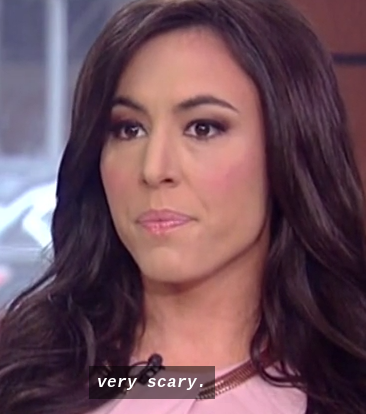 Now we get a look at a country that has been letting in refuges vetted by the UN (another fear point in the Republican base exacerbated by Fox & The GOP whenever it can, sometimes just through hints and an evil smile which thier poor base assume is a kind smile since they think white people can't do evil i.e. they listen to Fox News & Bill O Reilly); 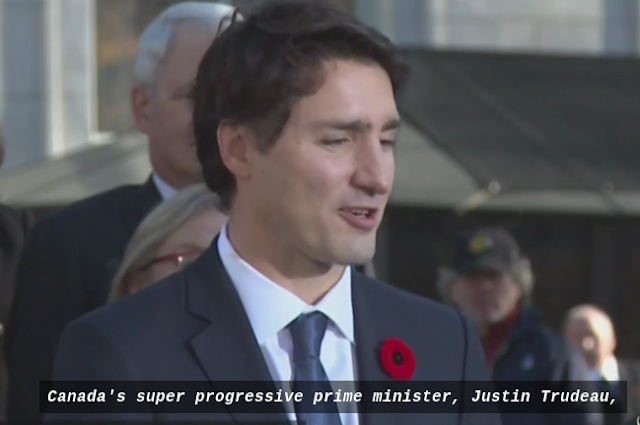 Then Hasan Minhaj uses a comparative technique to show how Americans (Fox News "Americans" in particular) see this; 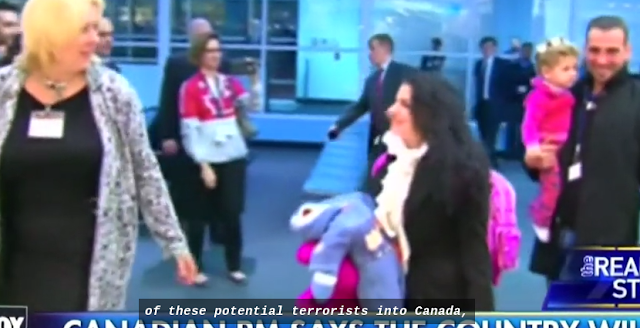 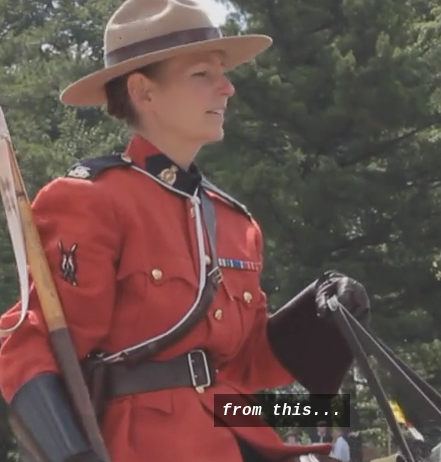 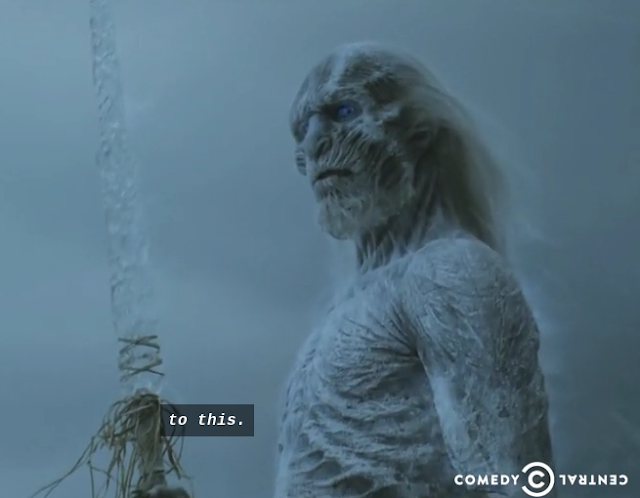 Of course, Canada doesn't have a party devoted to treason in charge of it's media so they have a more human view of other humans; 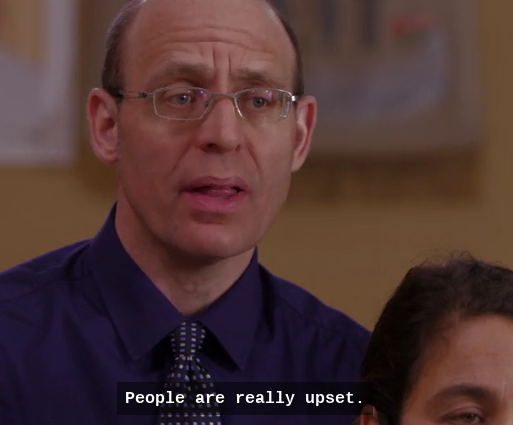 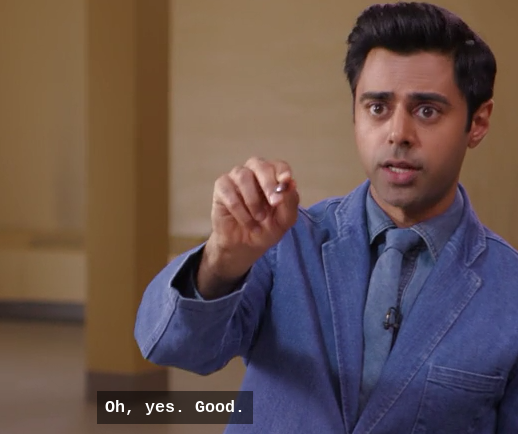 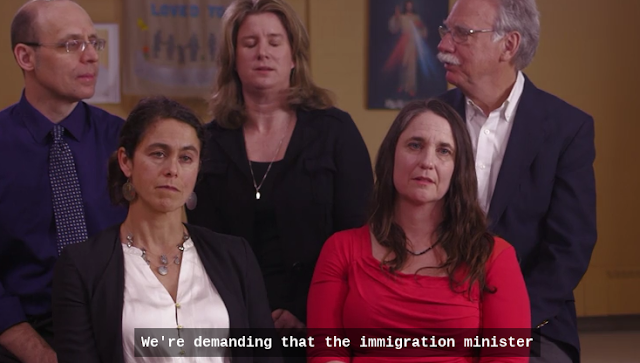 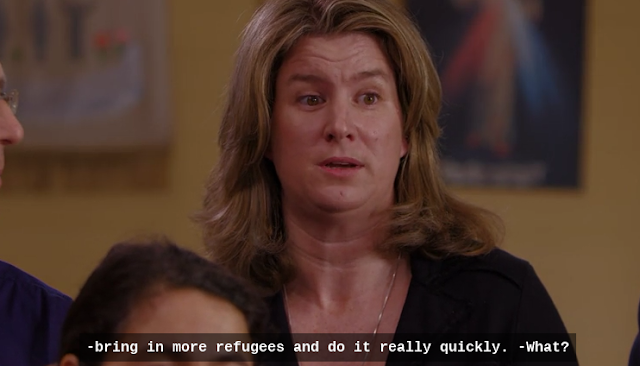 Also, Hasan Minhaj introduces us to a refugee family to try and normalize perceptions of the people we are dealing with; 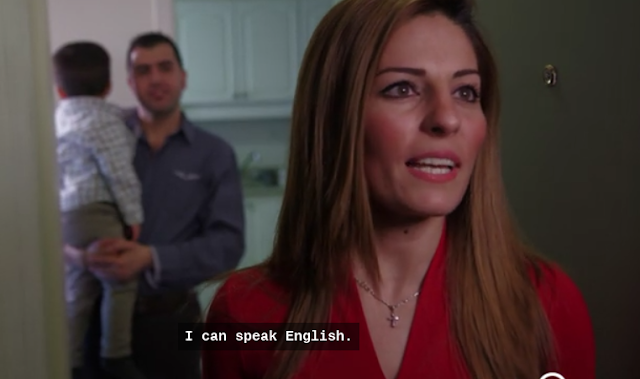 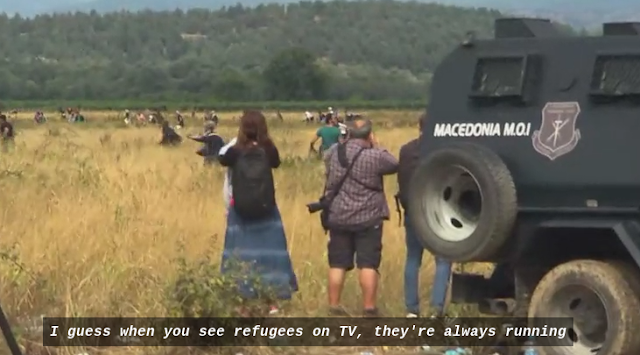 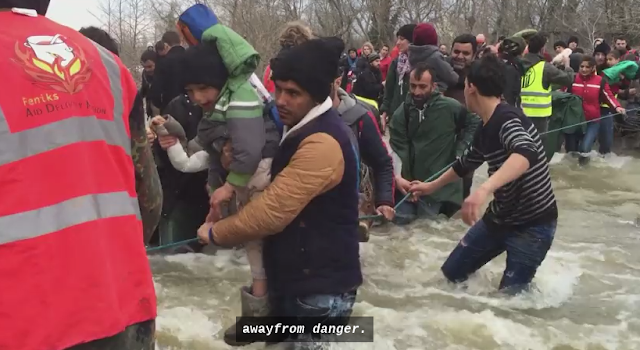 Canadians using logic as opposed to fear. Something that must be unique to the Canadian style of living where they don't kill other citizens (or their own citizens) for profit; 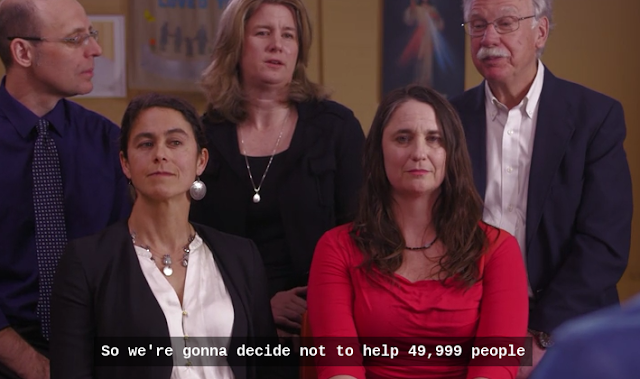 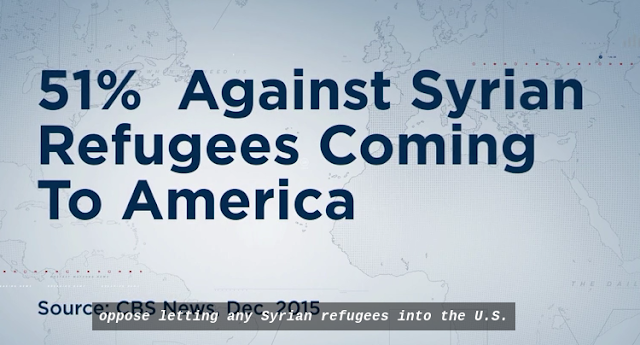 Related Blog post: Anti Refugee Backlash Is Reminiscent Of How We Treated Jews In WW2! 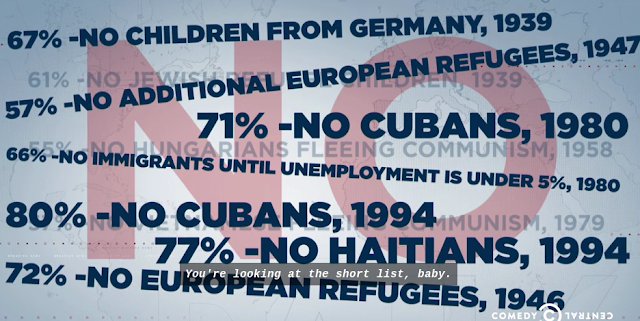 Talk about a non-Christian nation (based on actions) trying to be Christian (in words). America, based on it's history, seems to have a textbook case of racism& hypocrisy;

Hasan Minhaj points out one of the fear mongers that I covered in the background links at the beginning of this post; 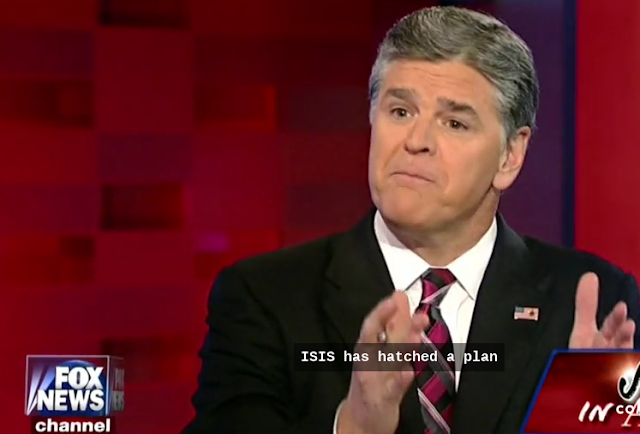 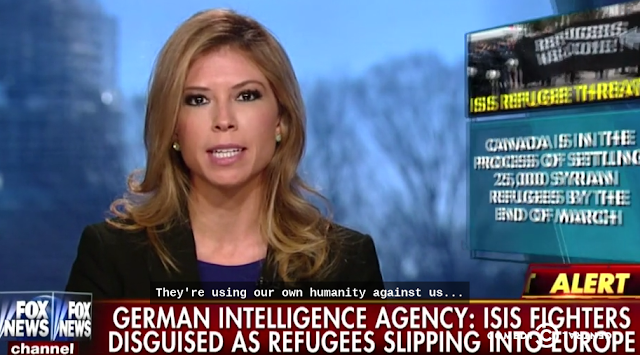 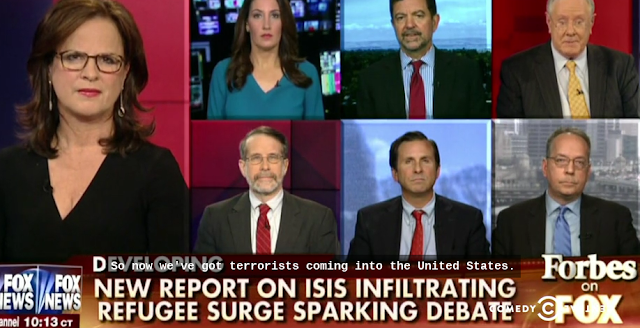 
A talk with a normal refugee family that Fox News & the GOP are willing to sacrifice from a country THEY DESTABILIZED IN THE FIRST PLACE but won't admit it as they are busying demonizing others to try and hide their crimes. The political establishment helps with their silence and lack of criminal charges; 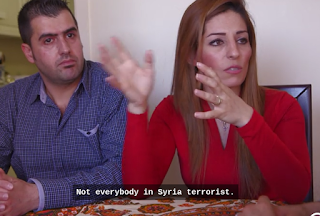 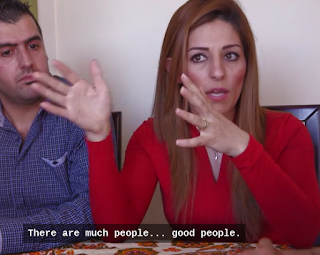 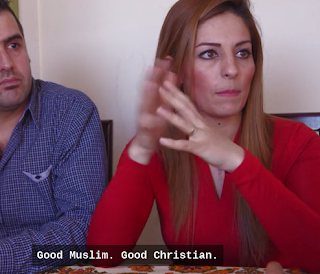 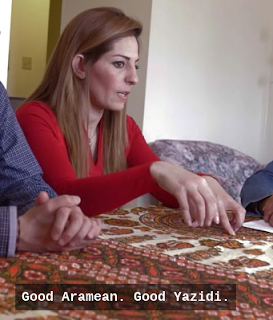 We act like we want to protect innocent people but then we let the GOP & Fox News use lies and fake science to deceive America, kill it's citizens and wage war for profit with citizen soldiers that they value as much as insects. The hypocrisy of the political establishment is that no matter what they say they are just reacting to the talking points of an ACTUAL terrorist type organization that is allowed to manipulate half the country with their lies, destroy the economy and kill it's citizens because they have a population base that listens to them What we have is a fake democracy (democracy with law that doesn't apply for everyone, such as the laws for murder) and fake debates as the people we are debateing should be in prison.

Here are a bunch of links proving what I just said;

Introduction To The GOP