Bernie Sanders is welcomed with skepticism by the beltway media; 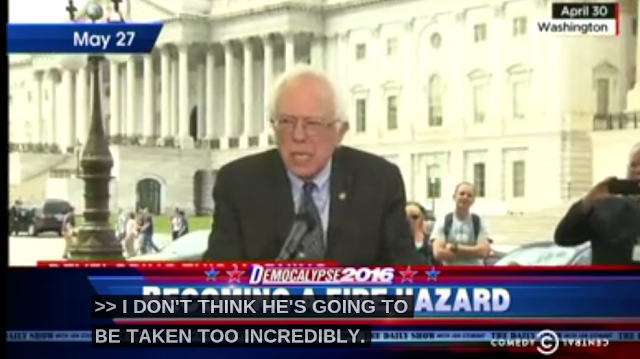 Some people (possibly influenced by an earlier segment of the Daily Show) decided to downplay Bernie Sanders despite the large funds he has for a campaign (he got more money in the fist 24 hours of his candidacy announcement than most of the GOP candidates). 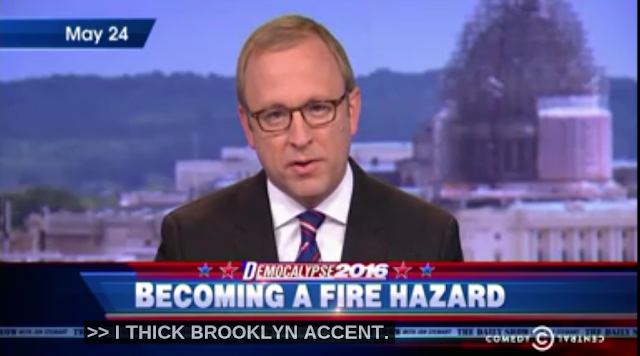 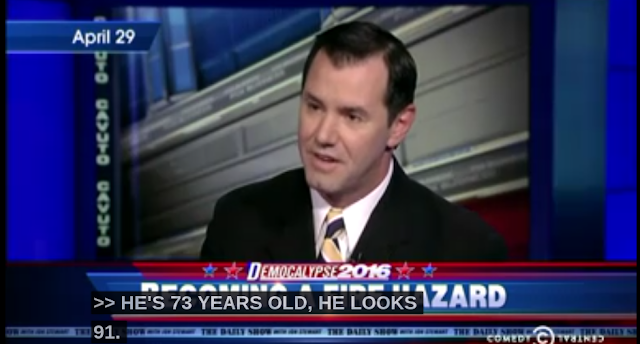 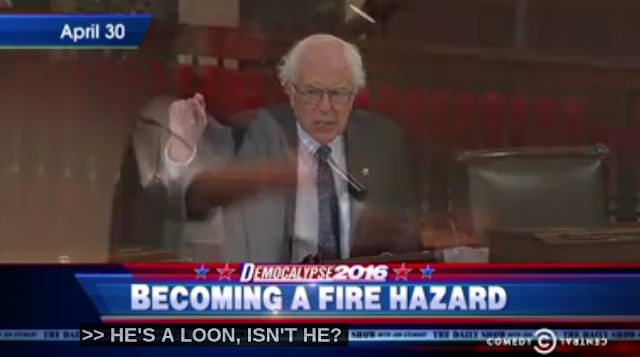 Of course, Fox News has it's own take; 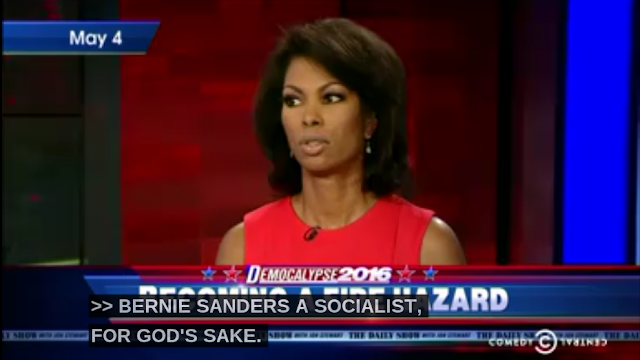 True. Bernie Sanders does call himself a socialist, but the scumbag on Traitor Inc.'s channel, Fox News says it like that's a bad thing. Given Bernie's positions of helping the people he is most comparable to Jesus. In other words, if Bernie Sanders is a socialist then Jesus was a socialist too. IN this case being a socialist is a good thing. 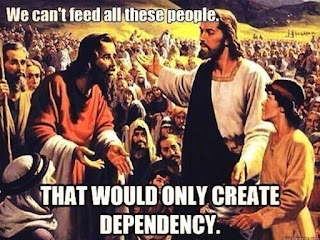 The question is what does Fox News means when they say "socialist"?

Fox News means people who don't deceive the American people to lead them into war while making a tidy profit from the war with your ex-oil company and the shares you had in that oil company.

It means someone who isn't willing to commit genocide for oil profits.

It means not torturing innocent people (29 innocent people at last count - imagine if one of them was you - God knows how many in other countries), while claiming they were protecting Americans despite there being no evidence to suggest that torture has ever helped anyone.

It means not pushing fake economics to destroy the economy again while making away with a fortune...

Only Paul Ryan got caught doing insider trading during the 2008 financial crisis... but the GOP seemed to cover it up real fast. that said, the crimes on Wall Street under the Bush administration are so pronounced that lack of indictments and investigations can only mean one thing... that top GOP officials were in on the scandal and made a fortune, i.e. they literally stole money from the American people... the biggest scam in modern financial history.

We already know that Congress made insider trading legal for itself and decided not to investigate themselves... making money off the financial crash of 2008 would be insider trading. i.e. what Congress made legal for itself and then refused to investigate is EXACTLY what they would need to steal peoples money in 2008 (through thier rich buddies who were in on the scam?).

Clearly, by socialist Fox News means a non-traitor. A non-thief. A non-scam artist. That's a good thing. A compliment if I ever heard one. 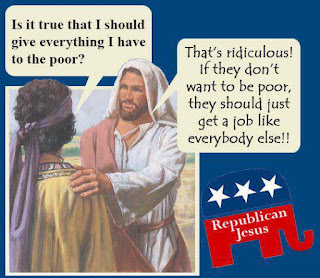 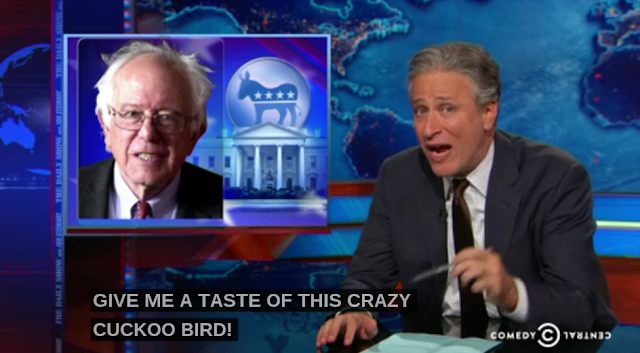 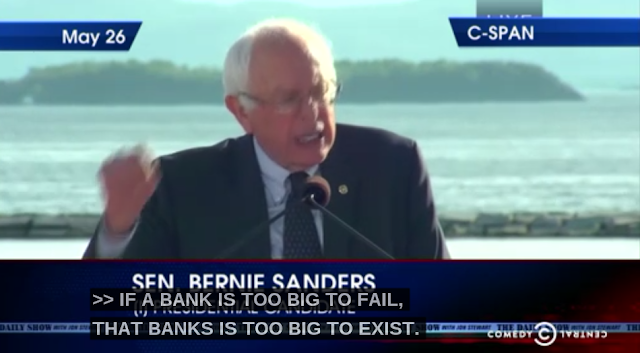 i.e. what he is saying that instead of a TARP bailout, where tax payer money is used to pay out huge bonuses by companies who should have been bankrupt because of their money making deceptions that went bust we should make the banks smaller so if one does go bust it can't affect the economy to the point of collapse forcing sane people to bail them out or allow the economy to go into a depression. I should point out that part of the reason the stimulus went through was the promise by the Treasury department to make banks smaller. A promise it renegaded on. Instead, the GOP have passed a law that enables their wall street friends to do exactly the same thing they did under Bush's Administration... deceive the people and steal their money while breaking the country and global financial system.

In other words, smaller banks means the risk is distributed better, keeping the financial system much more stable. 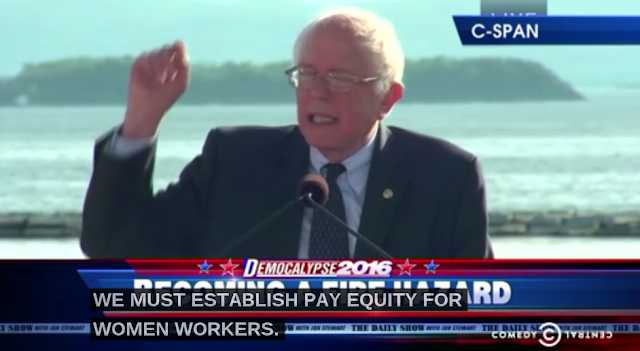 A full overview of Bernie Sanders policies is here; 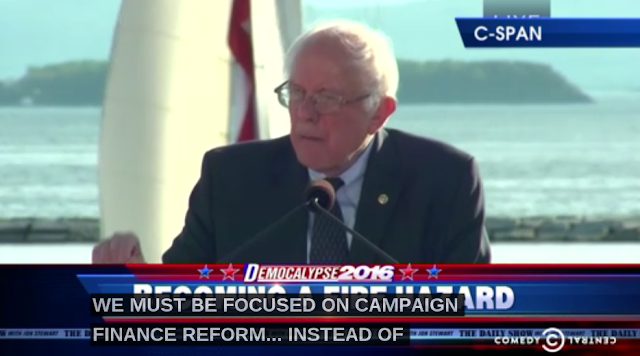 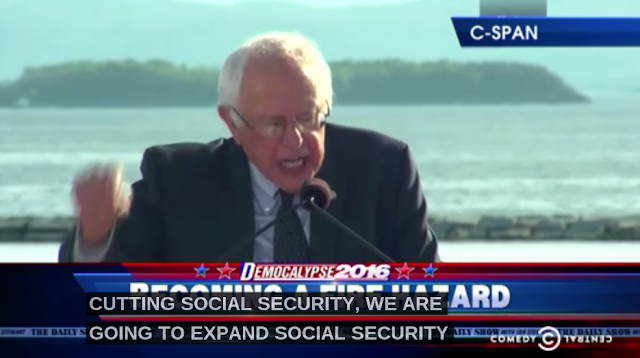 Social Security is paid by taxpayers for thier own future. Despite Koch Brother institutes marketing lies that Social Security is going bankrupt and is bad, it's actually doing quite well and is a very effective safety net to help keep American society together (something the GOP have made clear that they wish to destroy, again and again)
Basically, despite the beltway media's dreary outlook, Bernie Sanders is only slightly left of center and certainly a mainstream candidate; 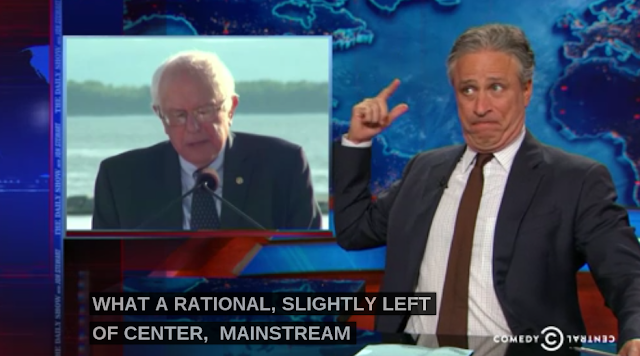 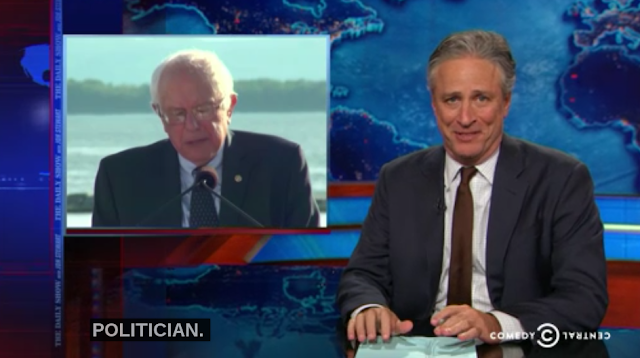 Jon Stewart summarizes why liberals and/or the media might see Bernie Sanders as a loon; 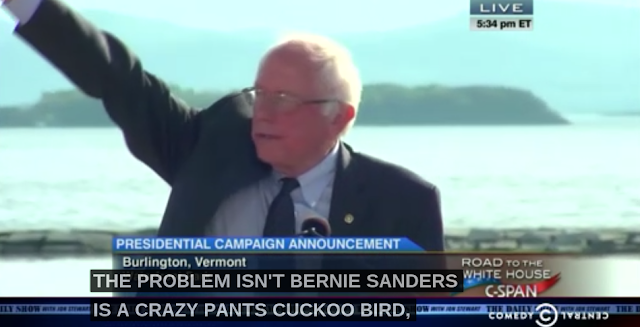 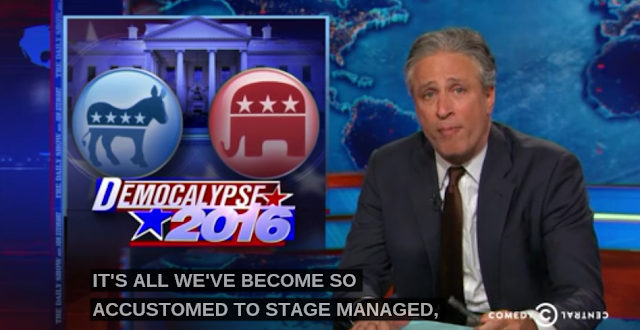 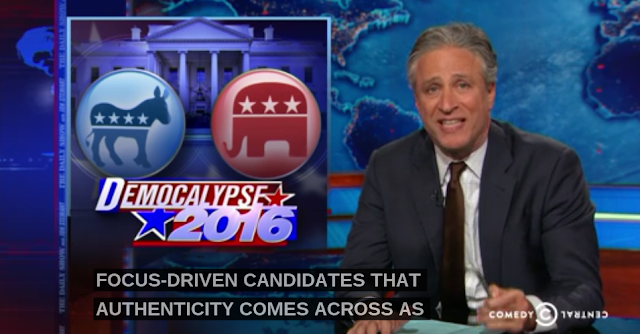 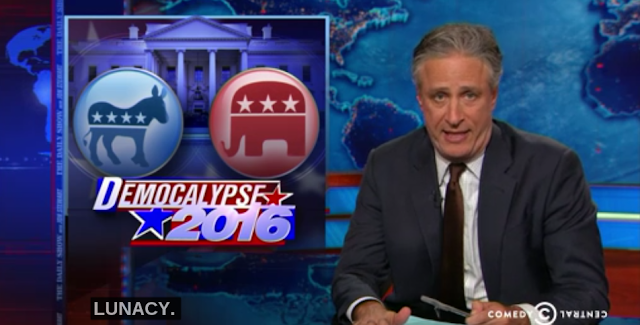 i.e. Bernie Sanders has authenticity and he's genuinely addressing America's problems... no wonder the traitors of the GOP & it's mouthpiece, Fox "News", are slandering him.