Why would a committee want to keep testimony secret? The Constitution, in it's preamble, says "we the people"... it is not for some politician to decide what he can tell us and what he cant. In Hillary's email case she simply did something everyone in this computing environment was doing from Jeb Bush, to Huckabee, to others. She wasn't as transparent as Democrats would like but compared to the lack of transparency on the right she might as well be called the Transparency Queen of our political age.


Clinton wants to keep Benghazi testimony public - Rachel Maddow sorts fact from fiction in claims about Hillary Clinton's willingness to testify before the House Behghazi panel, and points out that while Clinton is willing to testify, she wants to do so publicly, while the panel wants to keep it private. 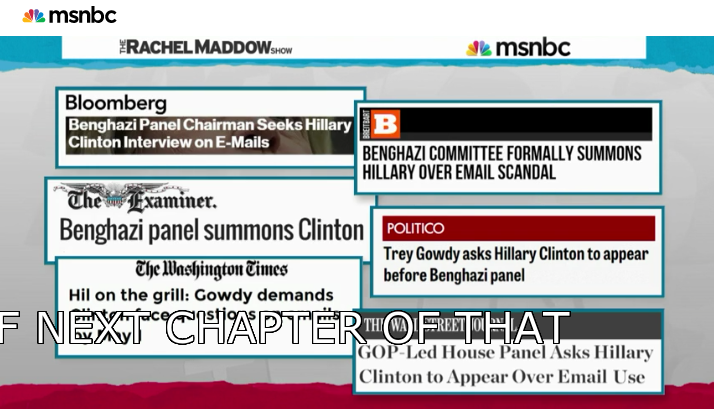