We the People of the United States, in Order to form a more perfect Union, establish Justice, insure domestic Tranquility, provide for the common defense, promote the general Welfare, and secure the Blessings of Liberty to ourselves and our Posterity, do ordain and establish this Constitution for the United States of America - Constitution

The role of the press and the protections which we afford it are today more important than ever before, because we dwell in a society where belief in our governments and in the strength of our institutions is declining. - Rose Bird (first woman appointed to a state supreme court: California)


In the finance industry we have rules and regulations that encourage lies to be exposed. Stewart outlines some of the rewards whistle blowers of the financial industry have received;


Then Stewart notes that this same encouragement towards transparency doesn't seem to exist in the Federal Government; 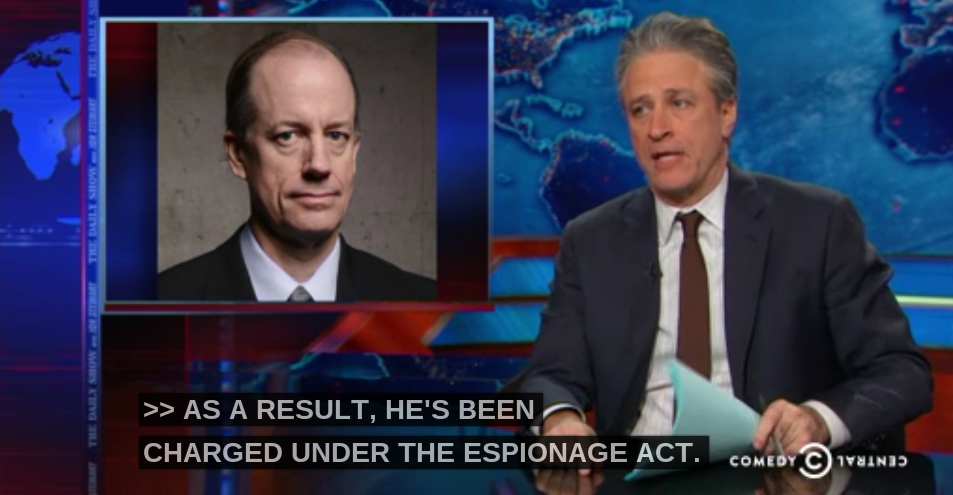 Basically, the Obama Administration is using the espionage act to keep it's Government under wraps MORE than the Bush Administration; 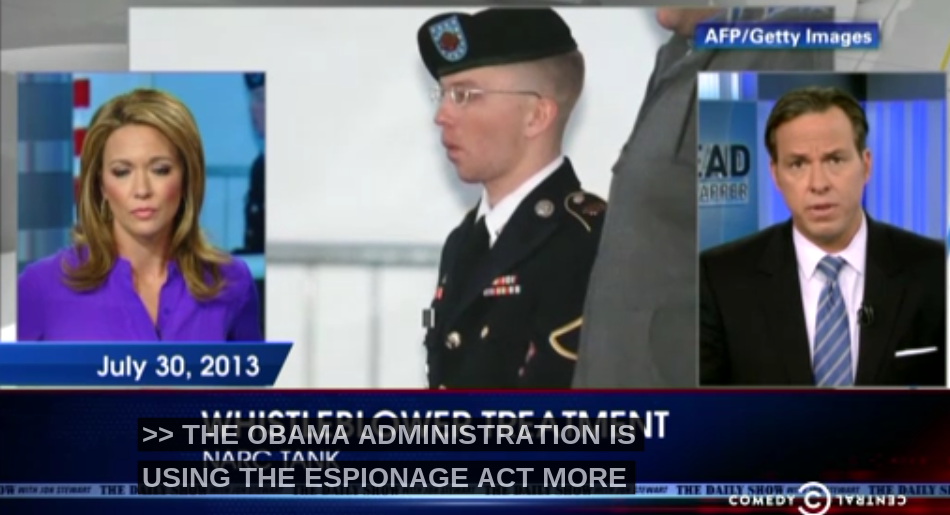 Jon Stewart also points out some of the ridiculous things people have been charged for under the espionage act pointing out that one of them was simply stating North Korean policy of the last several decades;

Out ability to keep our Government accountable is SOOO bad that the agency created to HELP whistle blowers (as power + lack of accountability can lead to serious misuse of power or atrocity) IS ALSO BEING SUPPRESSED! 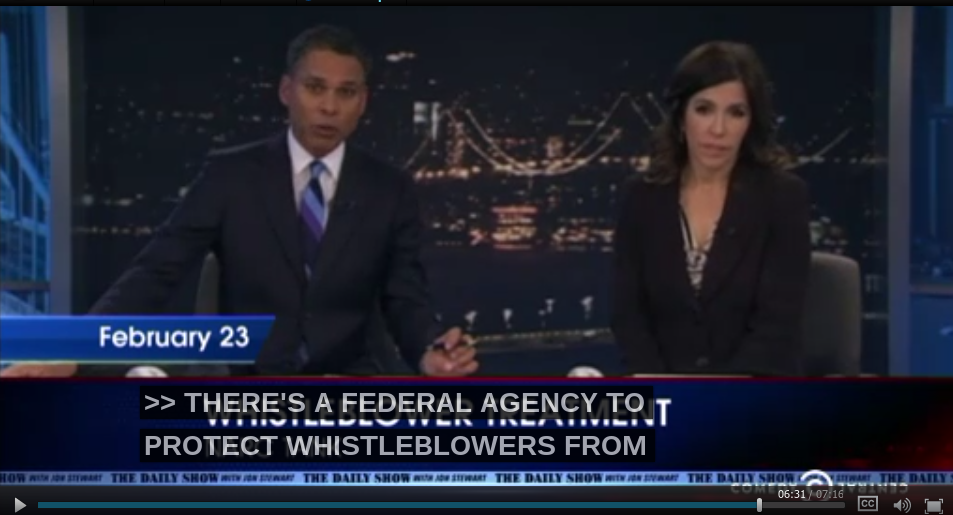 ... is in under investigation for leaking stuff about our Government to the American people.


So Jon Stewart suggests a board to protect those who are supposed to protect whistle blowers; 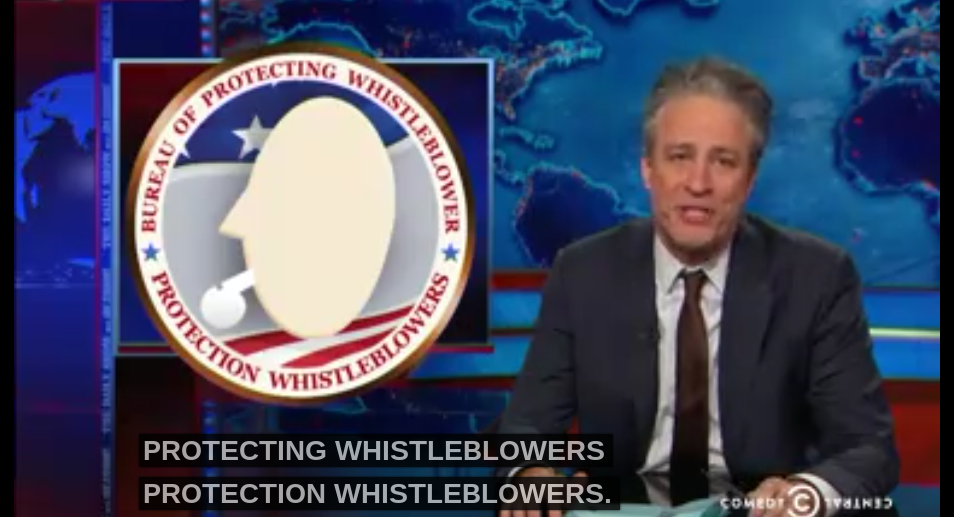 Lets look at this from several angles;

1) The Media hasn't been covering the misleading us into the Iraq War, the architectural anomalies in certain buildings that fell, the constant hypocrisy in the immigration uproar , even covering up the Bush source of Solyndra ... and I can literally go on like this for a while (see links I added for this below). In other words, the media isn't doing it's job anyways and hasn't been doing it for a long time now.

2) Given that the Media still doesn't cover a story properly, besides simply ignoring important stories, to focus on problems within the Government could easily backfire. It would seem the right thing to do here would be to get the media to do its job about the last administration THEN focus on this administration. Just focusing on the black guys administration is kinda like the "witch hunt" Dick Cheney was trying to avoid (by framing the black Prez? How GOP of him!)

3) Now taking it a step further, what if the core of the GOP administration never left. If Bush had prosecuted all whistle blowers while he was in charge - given the misleading on Iraq and the growing 9/11 truth movement - he might have ended up in prison. That's why the Bush Administration's "Security Team" stuck around to make sure all their crimes would not be exposed. If you misled a whole nation into war, etc. would you leave your survival up to truth & the Law?

4) Possible counter strategy:  The goal of this use of the espionage act to expose the Government of "we the people" to the people seems to scare whistle blowers into submission. If we get the media to JUST cover all the stuff that is already available in the public domain we can get enough of an outcry to open up transparency in the Government further. If we aren't even using the information we have to go after known criminals then why are we so concerned with secret stuff.

We have enough scientific and documentary evidence to put away Dick Cheney & The Bush Administration for good. The  outcry over that would expose the Obama Administration to the bone. Two birds with one stone. 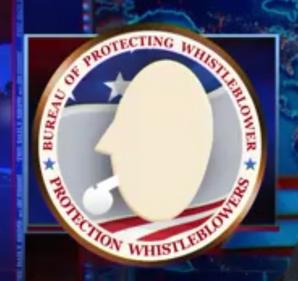