Yes. When we are kids we don't have the ability to rationalize and see the larger picture. I've heard the same happens to old people where they enter a sort of "second childhood".

Generally speaking, if you are a ship captain and a kid on the deck thinks that that tiny ice mountain in the sea is no danger to the ship cause it doesn't appear to be very big, you know that kid doesn't know better. If the person thinking that was in charge of something ON the ship then you would think of him as crazy or an idiot if the facts still don't get through after they have been explained. Of course, you know that ice bergs appear small but are really large as their bulk is below the water. 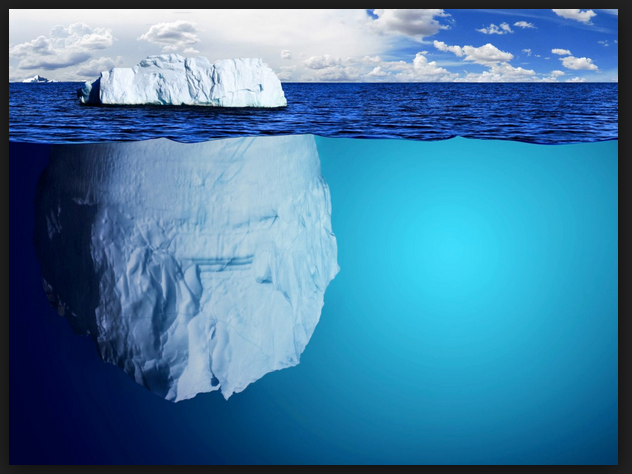 As global temperatures rise, with 97% of scientists looking at and studying the data declaring that we have a a situation of global warming, to say that it's not a problem because your particular constituency hasn't been effected yet is a fools errand. Remember: You sow what you reap.


Grumpy Cold Men - In an attempt to prove that climate change is a hoax, Chairman of the Senate Committee on Environment and Public Works Jim Inhofe brings a snowball to Congress. (5:01)


If 10 out of 11 kids get the measles and you point to the one kid that doesn't have the measles as a sign that the measles is not contagious... it's you who is the idiot; 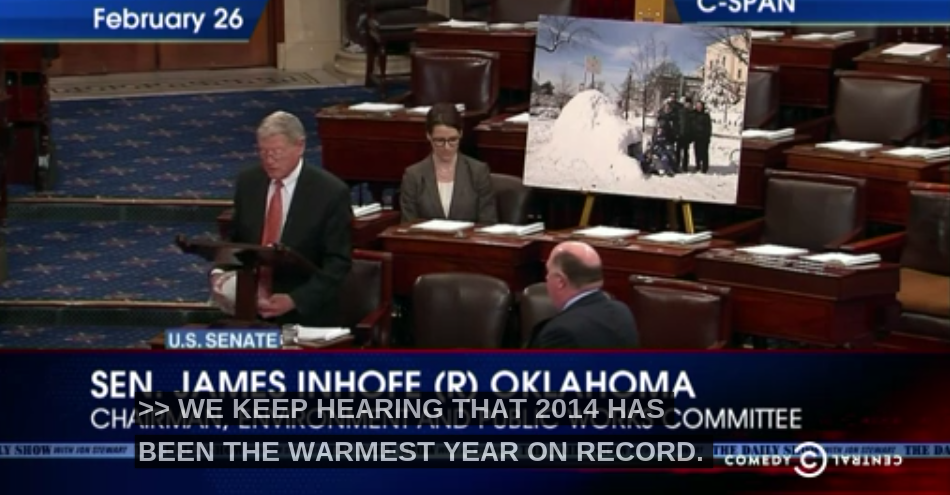 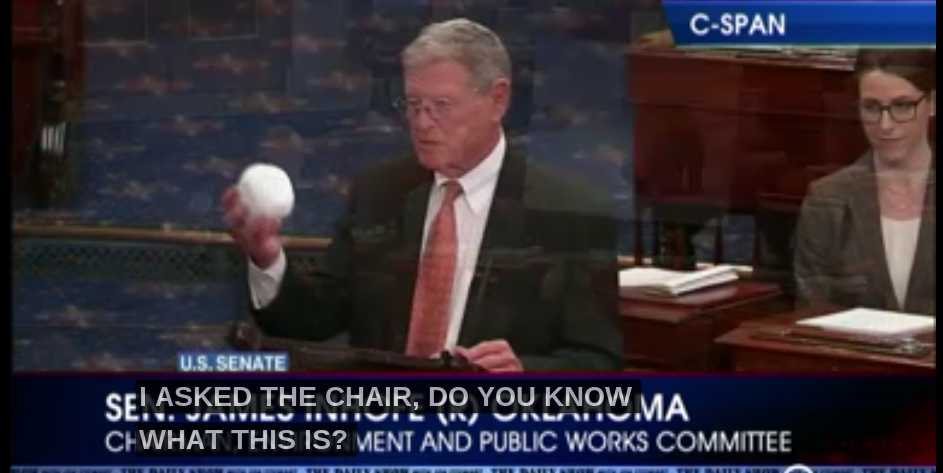 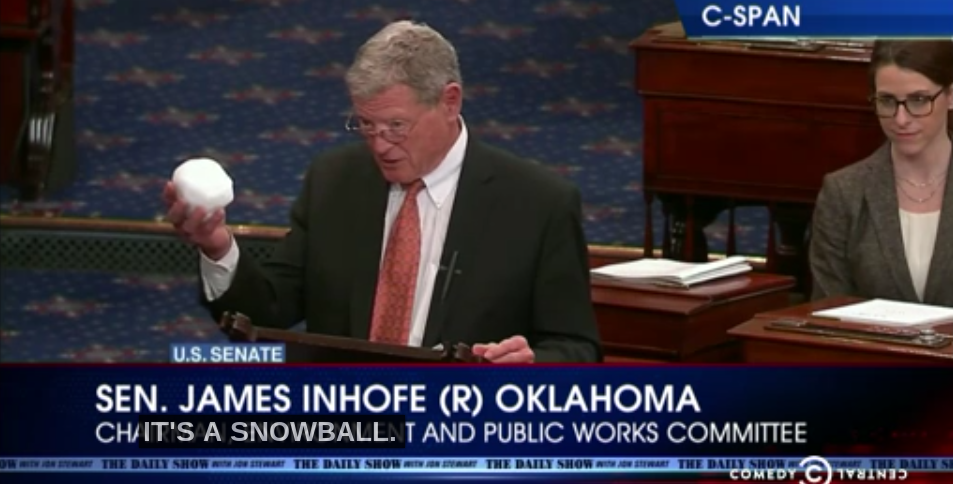 Warmest year on record just means based on all our many decades of scientific data that we have collected shows that this is the warmest year on record. In other words, we (our scientists) have been observing for many years that our global temperatures are going up, especially in the oceans. IN statistics, a basic requirement for any economics or science student, if you can show a pattern in the data you collect that means there is a trend. You may debate what the trend means (at least initially), but to deny the trend perpetually, to the point where you have to shut your ears off and pretend you can't even understand scientists by saying "I am not a scientist", is a serious case of denial. At the very least James Inhofe needs psychiatric care.


Jon Stewart outlines the ridiculousness of what James Inhofe is saying; 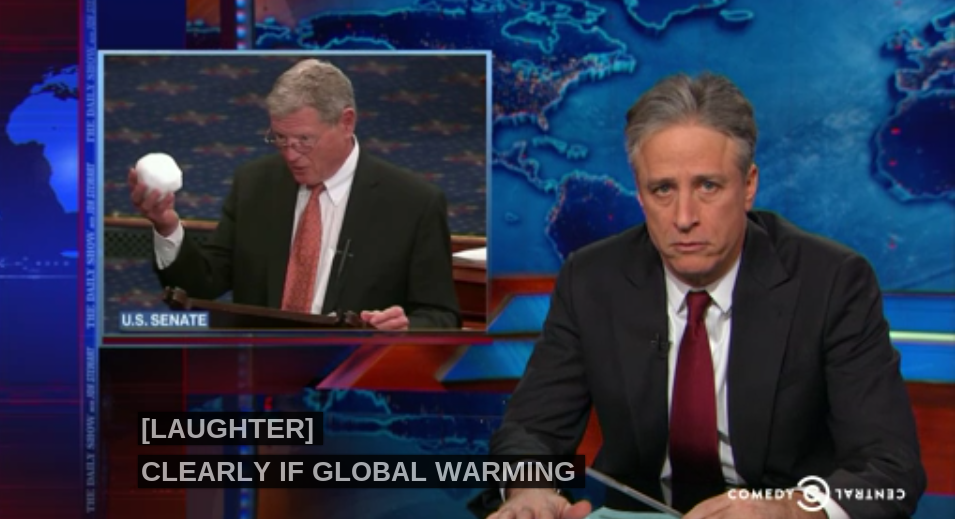 IN other words as long as there is any snow on our planet that will be proof enough for the Anti-Science GOP that global warming doesn't exist thus they can't be taken seriously cause this is what the world would look like if we waited that long;

If we wait till the whole planet becomes a Water World then what is the point of our science?

Part of the problem is having a tabloid type network calling itself news cause it won a case that allows them to lie and call it the truth ;


Jon Stewart picks on the media for making a fuss about lying about involvement in the Iraq War when his whole show is based on lying and lying allot; 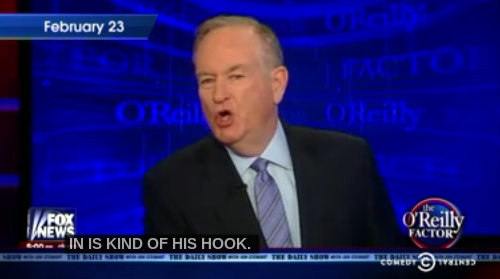 This is the guy who James Inhofe gets his science (talking points) from; 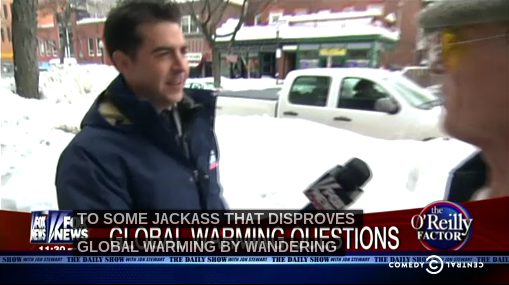 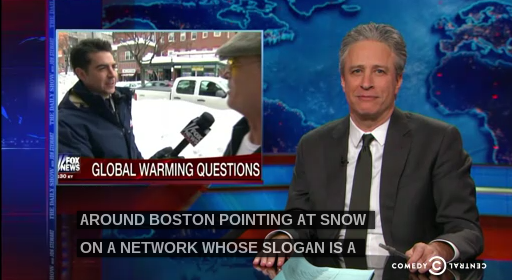 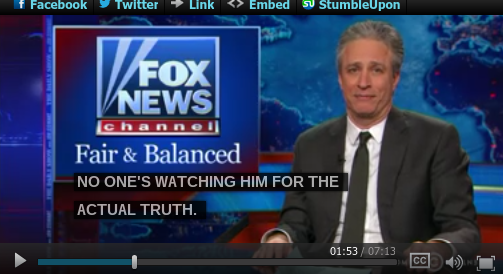 I Smash The #1 Show On Cable News (Bill O Reilly)