Breaking News: Hillary Clinton Didn't Use An Official Email While Secretary Of State (On The Other Hand Jeb Bush Does A Form Of Identity Theft & It's Not That Big Of A Story) 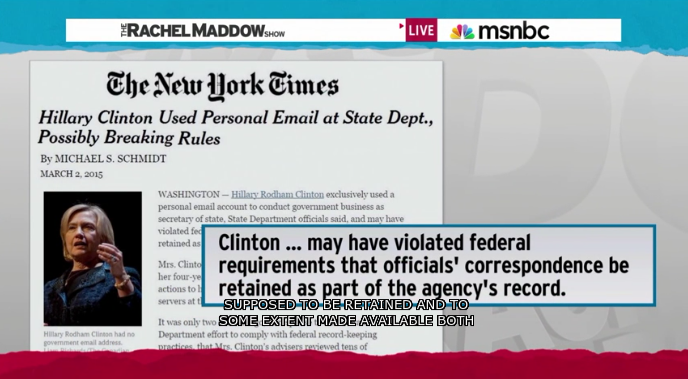 Story begins with a "may have" and points out something which has just been discovered, i.e. Hillary hadn't even been asked for the emails at that time. 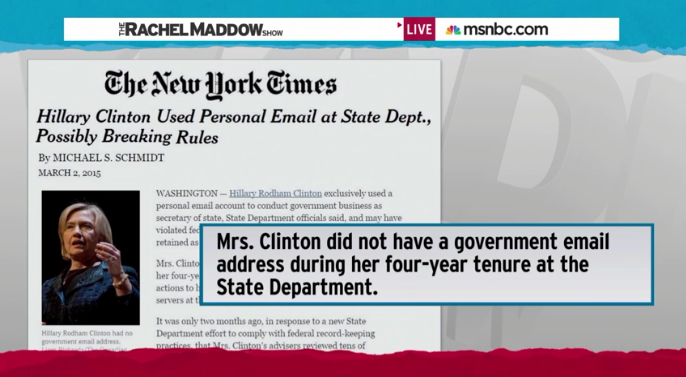 So Hillary seemed t operate as an Independent while helping the Country with it's foreign policy. 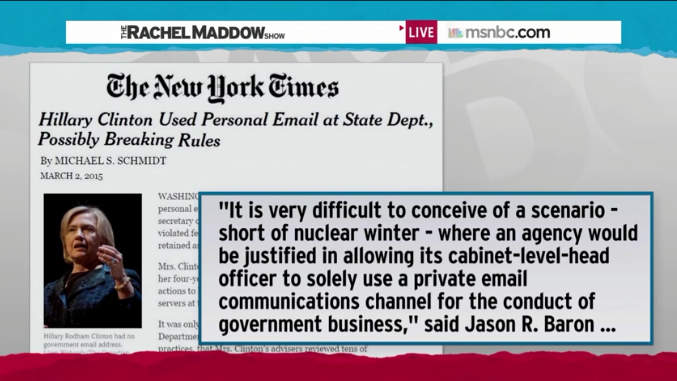 Really? Nuclear winter? Email? This starts off pretty crazy. What about the GOP being wrong about everything on the Iraq War? What about the media not covering the fact that the Bush administration misled us into a war (not with emails but with real people that died)? What about the fact that the media is still hyperventilating about Brian Williams and Bill O Reilly for thier lies about thier experiences in war zones while they still haven't covered all the factors that led us into the Iraq war not to mention all the lies Fox News still continues to tell EVERYDAY. Even if I didn't know that Colin Powell did the same thing I would still think that the media is being extraordinarily biased towards Democrats while letting the GOP off the hook on almost everything bad they have done. 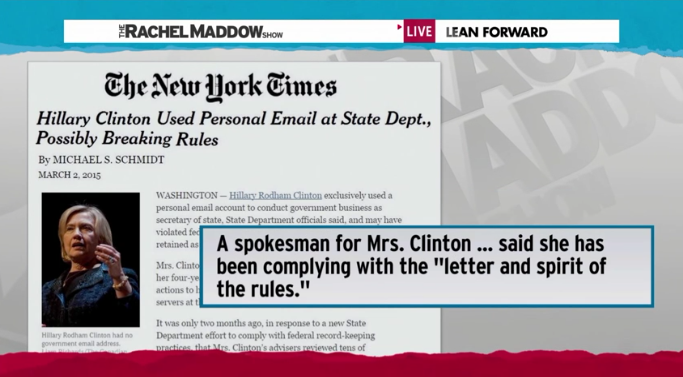 At the end of this video Maddow compares this to the silence from the right on Jeb Bush's emails. Normally revealing people social security number is considered to be "identity theft" so it's strange that it's OK for Jeb Bush to give away people's identity to identity thieves but it's not OK for someone who was involved in foreign affairs to have thier own email when all thier actions are reported on publicly.


Maddow: Jeb Bush flubs new tech image, publishes constituents’ private data - Rachel Maddow reports on how Jeb Bush’s effort to fashion an image of tech savviness suffered a setback when he appears to have forgotten to google the tech advisor he hired, and his new web site exposed private information sent to him in confidence.

Highlights:Jeb Bush is a man of the super rich GOP people NOT the American people... 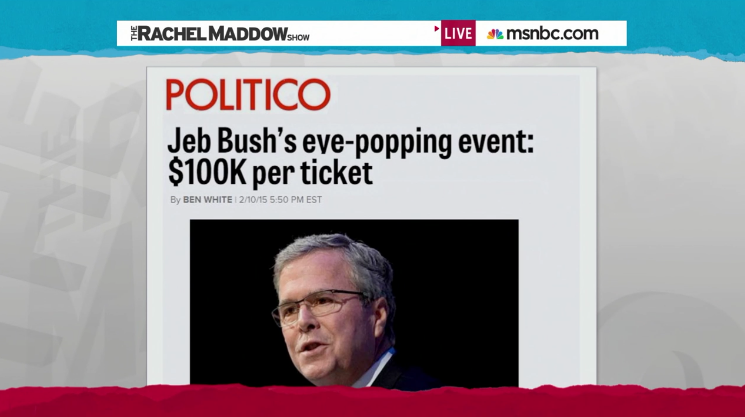 Jeb Bush spent ALLOT of time composing this site to be just right as he put it 'my life is totally focused on this'... 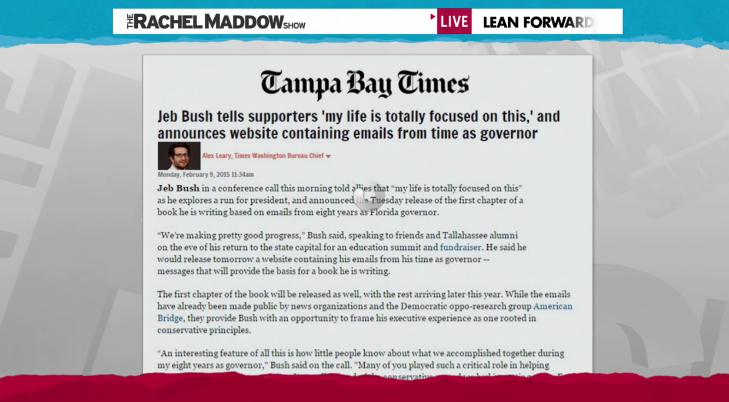 Jeb Bush doxes thousands of his ex-Constituents. Revenge for voting for him?... 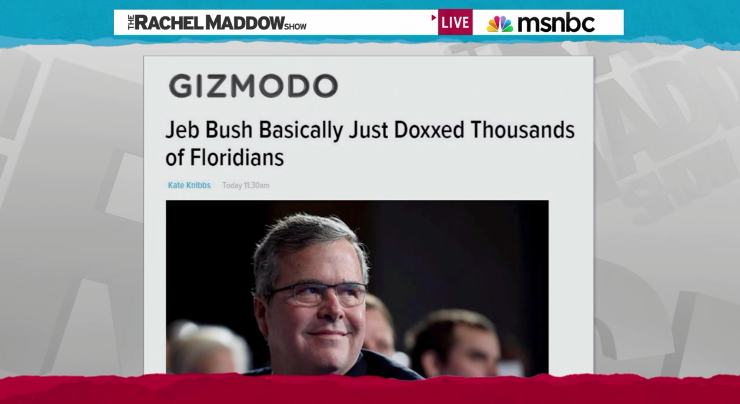 Jeb Bush disrespects written requests to hide privacy... which makes sense, he is running for President and he wants to show people he can make the tough decisions like deciding who deserves privacy and who doesn't. Certainly act like a Bush... 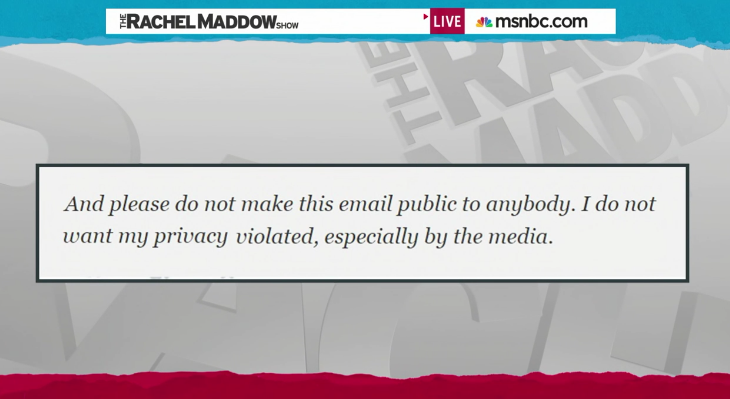