Here is an octopus at 3:00 running on two legs and hiding as a bush or land animal; 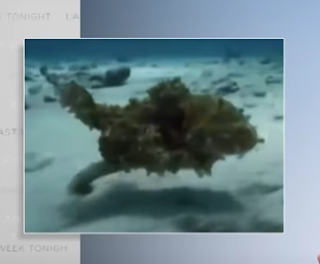 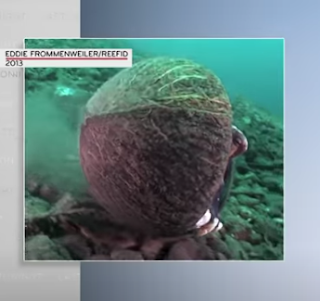 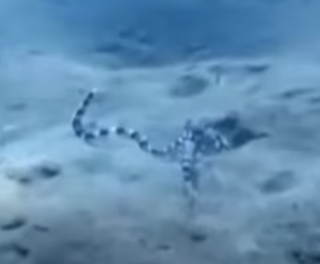 In an experiment two octopuses pressed the lever to get food like rats are trained to do, the third got angry/irritated and messed with the experiment like an irate chimpanzee (5:00) 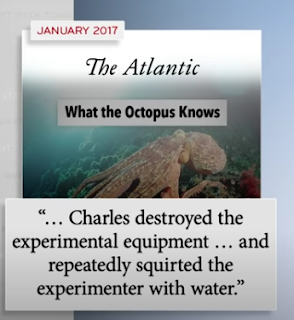 Is a Tool-using Octopus Intelligent?
Intelligence was once thought to be uniquely human. But researchers have discovered astonishing cognitive abilities in many other species—not just our close cousins like chimps, or fellow mammals like dolphins—but also crows, parrots, and even octopuses. If we consider the intelligence of swarms, we must add bees, termites, and ants to the list of super smart creatures. Join the scientists who study smarts as we ask: What is intelligence? Why do some species get an extra dose? And just how special are humans, really?
Related articles:
The Atlantic: What the Octopus Knows
A scuba-diving philosopher explores invertebrate intelligence and consciousness.
The Guardian: Alien intelligence: the extraordinary minds of octopuses and other cephalopods
After a startling encounter with a cuttlefish, Australian philosopher Peter Godfrey-Smith set out to explore the mysterious lives of cephalopods. He was left asking: why do such smart creatures live such a short time?