Exploring UFOs/UAPs In Media: Underwater Flying Ship Confirmed By The Pentagon Connects To An "Underwater Base" Episode From UFO Hunters And Ancient Aliens

The video of the UFO/UAP that was recently confirmed by the Pentagon has been released.

Leaked Video Shows UFO Flying Around Navy Ship Near San Diego - In a new, leaked video, what appears to be a UFO flies around a Navy ship off the coast of San Diego before suddenly disappearing after flying into the water. NBC’s Gadi Schwartz reports for TODAY. 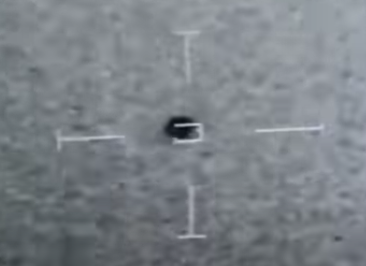 This clip from Ancient Aliens talks about strange lights that go into the ocean around some islands (alien sightseeing?). This is posted here just to cover the sighting of lights going into water as I'm skeptical on the whole underwater alien base thing.

UFO's flying into water is also covered in this episode of UFO Hunters, which I post here for entertainment purposes only as there is no evidence of alien bases I have heard of.