Trump Brags About His Test For Dementia As If It Were An Actual Intelligence Test Proving He's Too Mentally Handicapped To Handle ANY Real Job That Isn't Being A Janitor!

Related: Trump Is Crazy. There's No Denying It. Just Accept It. We Have A Completely Mad President And A Party That Wants A Mad Man In Office For Personal Gain!

About Trumps little test to see if he can still recognize animals in his confused brain; 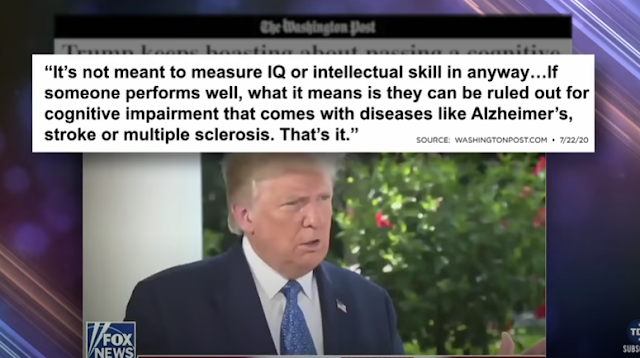