Background:
1. The Phenomenon Of The Muslim Narrative In America (OR Debunking Fox News Lies About Muslims Part 1)
2. Using Lies & Out Of Context Quotes Fox News Tries To Paint The Left As A Mob
3. Fox News Takes Treason To The Next Level By Blaming Right Wing Violence On The Left (And, Of Course, Ignoring Right Wing Violence All Together!)
4. The Right Wing Are Basically Terrorists Or "Terrorist Creators" (Alt Right Terrorists Is The Politically Correct Term)
5. Hasan Minhaj Nails It On America's Hypocritical (Racist) Response To Terrorism/Violence/Murder, i.e. The Double Standards In Evaluating Murder
6. An Introduction To, & Overview Of, The Mainstream Corporate Media
7. I Think Trump Is A Blessing To The "Respectability Of The Office Of The President" Because He Is Bringing To Light Serious Problems In Accountability And Transparency Inherited In "The Office Of The President" We Should All Be Extremely Concerned About

For Years Fox News and the rest of corporate media have pushed the fiction that there are only brown terrorists and that killing millions of innocent brown people for 19 brown people killing innocents on 9/11 was a rational and righteous decision and choice. In comparison any right wing violence is calmly painted as a sole madman (or plots uncovered with no violence are simply covered up, hiding the threat to society).


Given American media's history with covering up right wing terror and sensationalizing colored people attacks, the current talking point of "both sides" (as with the earlier "civility" one) is clearly designed for The Republican Terrorist Party (AKA "GOP") to take more control in their war the people by not exposing their lies and coverups in media. The following piece covers the cover-up of right wing terrorism by the right with the "both sides" being a lie the "left" media is promoting, enabling them;

America is plagued by right-wing violence. Pundits need to stop calling it a "both sides" issue.

Following a mass shooting at the Tree of Life Synagogue in Pittsburgh, PA, where a gunman inspired by an anti-Semitic right-wing conspiracy theory opened fire on parishioners with an assault weapon, expect to hear claims that “both sides” of the political aisle bear responsibility for the tragedy.
The same thing happened last week. During an attempted bombing spree that targeted prominent liberals, including former President Barack Obama, mainstream conservative press pushed the line that both the right and the left are at fault for the current detestable political environment and should equally share the blame and engage in self-reflection.
These arguments have no basis in reality; instead, they are conservatives' self-serving attempts to hide the rot in their own movement, which foments violence even at its highest levels.
The fact is violence is a feature, not a bug, of the conservative movement in the United States today. In terms of frequency and deadliness, terrorism inspired by right-wing political beliefs far outpaces left-wing violence. So, when conservatives argue that both sides should be blamed for a bombing spree targeting liberals, responsible journalists shouldn’t act as stenographers for those false or deceptive claims. (And the same goes for the widespread conservative messaging effort to baselessly claim that mobs of Democrats stand ready to kill conservatives before the midterm elections.) Instead, when reporting on political violence, journalists should present the full context: Right-wing violence is a documentable pattern incomparable to violence from the left.
....
Twitter Ads info and privac

(While some conservatives pushed the “both sides” talking points, many others went further, terming the bombing spree a “false flag” attack presumably carried out by liberals. Disturbingly, this claim was found not only in the fever swamps of outlets like Infowars, but also on Fox News.)
The “both sides” rhetoric even crept into nonideological coverage. Introducing a segment on the pipe bomb spree on CNN on October 25, the network’s chief national correspondent, John King, said, “It’s a plain fact: The president has moved the boundaries of that discourse by calling critics evil, the media an enemy of the state. But it is not right or fair to chastise the president, as I believe we should, without making note of the more aggressive language from the left.”
Blame for violent incidents should not be apportioned equally when there is a wide gulf between right-wing and left-wing violence. The “both sides” argument may be safe and easy political punditry, but it is at odds with documented incidents of violence.
As Mark Pitcavage, a senior research fellow for the Anti-Defamation League, told NPR in 2017, “The far left is very active in the United States, but it hasn't been particularly violent for some time.” He noted that “in the past 10 years when you look at murders committed by domestic extremists in the United States of all types, right-wing extremists are responsible for about 74 percent of those murders.” Two percent of murders in that period were carried out by left-wing extremists. According to a writer at the libertarian Cato Institute, “Terrorists inspired by Nationalist and Right Wing ideology have killed about 10 times as many people as Left Wing terrorists since 1992.”
Indeed, according to a 2017 report from the National Consortium for the Study of Terrorism and Responses to Terrorism, “there was a sharp decline in the proportion of terrorist attacks carried out by left-wing, environmentalist extremists during the first seven years of the 2010s (from 64% to 12%). At the same time, there was a sharp increase in the proportion of attacks carried out by right-wing extremists (from 6% to 35%) and religious extremists (from 9% to 53%) in the United States.”
...
David Neiwert, an expert on right-wing extremism, laid out the disparities between ideologically motivated violence in a lengthy thread on Twitter: 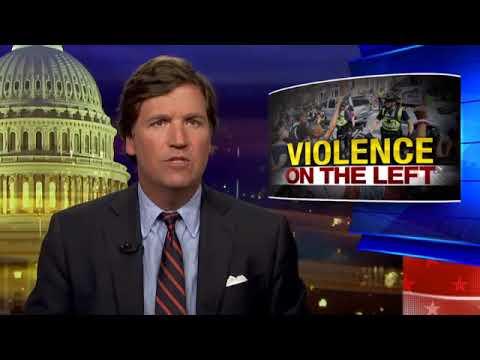 1) For some reason, folks on the right have extremely short memories when it comes to acts of right-wing political violence. This is especially the case when they are in the middle of a propaganda campaign to make "the left" look violent. A long thread with lots of pix follows.

Twitter Ads info and privacy
Noting that there have been two prominent attacks in recent years motivated by left-wing ideology -- the shooting of Rep. Steve Scalise (R-LA) and others in 2017, and a 2012 shooting in the lobby of the conservative Family Research Council that injured a security guard -- Neiwert listed a number of high-profile right-wing attacks, including, but not limited to:

Replying to @DavidNeiwert
6) However, these are the only two such incidents I can find involving leftist attacks on right-wing or other targets.
⁰⁰In contrast, here's a timeline that follows, of right-wing killers of the past decade. All of them targeting innocent people over political beliefs.

David Neiwert@DavidNeiwert
7/27/08
Jim David Adkisson, author of a manifesto urging violent war against liberals, opens fire inside a Knoxville, TN Unitarian Church during the youth performance of a musical, killing two and wounding seven. He tells investigators all liberals should be killed. pic.twitter.com/yraKyDe7M5 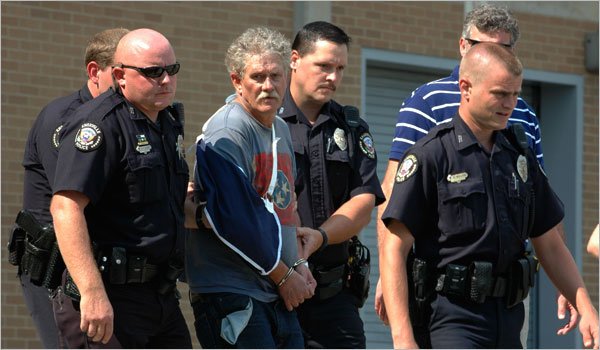 Replying to @DavidNeiwert
7/27/08
Jim David Adkisson, author of a manifesto urging violent war against liberals, opens fire inside a Knoxville, TN Unitarian Church during the youth performance of a musical, killing two and wounding seven. He tells investigators all liberals should be killed.

David Neiwert@DavidNeiwert
1/21/09
Keith Luke, Brockton, MA: Luke, a neo-Nazi angry about the inauguration of Barack Obama, kills two and injures one in a rape and murder spree targeting "nonwhite people." He is halted before reaching a synagogue, and later convicted of murder. pic.twitter.com/AzeEjXr3xL 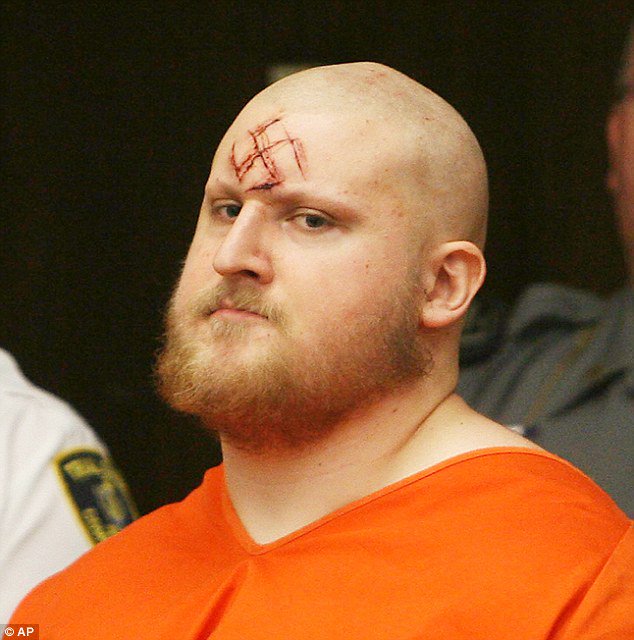 Replying to @DavidNeiwert
4/4/09
Richard Poplawski, Pittsburgh, PA: Poplawski, a white supremacist, fearful of a plot by President Obama to take his guns, kills three police officers and leaving two others injured in a standoff at this home. Poplawski is convicted of murder. 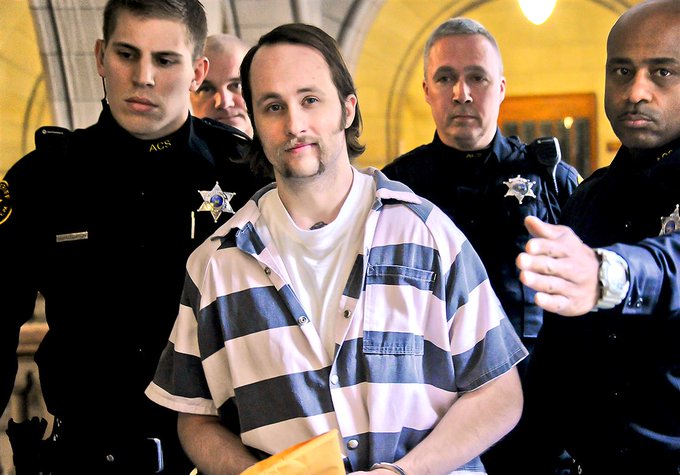 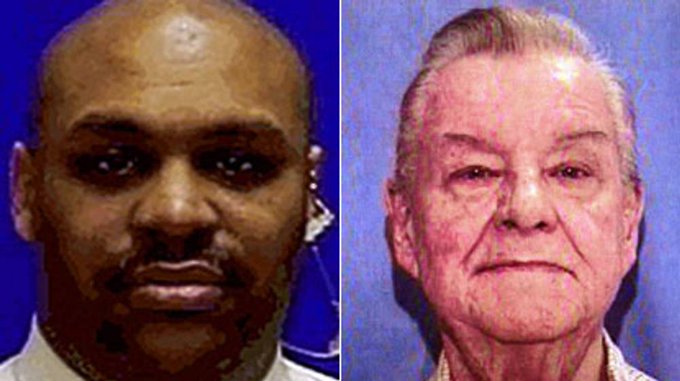 Replying to @DavidNeiwert
Note: Like many current alt-righters, Breivik believed he was fighting "cultural Marxism," a hoax concept cooked up by white nationalists.https://youtu.be/z-sBlHhNBFc 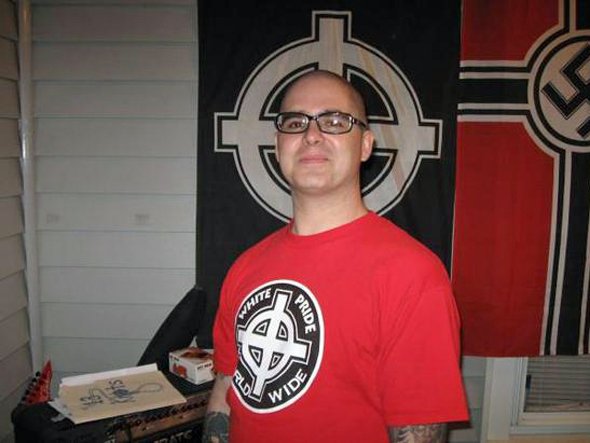 Replying to @DavidNeiwert
6/8/14
Jerad and Amanda Miller, Las Vegas, NV: The Millers, married Patriot movement sympathizers who had spent weeks at the Cliven Bundy ranch standoff, go on a shooting rampage that kills three people, including two police officers, in Las Vegas. They are killed by officers. 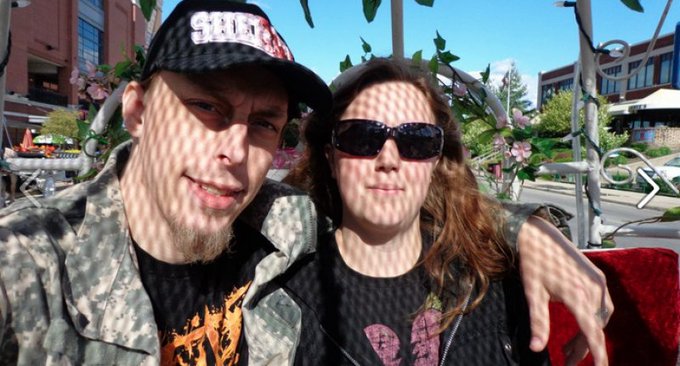 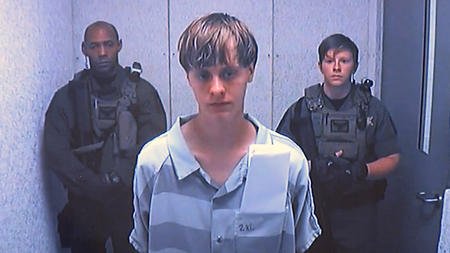 Twitter Ads info and privacy
Organized violence on the right has also been deadlier. While right-wing media frequently shout about antifa -- whose members have caused property damage and engaged in brawls, mostly during fights with far-right extremists -- there is no comparison to the 2017 Unite the Right rally in Charlottesville, VA, that ended with a neo-Nazi driving his car into a crowd of counterprotesters, killing Heather Heyer and wounding others.
There are, of course, some instances of people carrying out violence motivated by a left-wing ideology. But to say “both sides” are to blame for political violence broadly is absurd and ahistorical and ignores the way far-right members of the conservative movement have used violence as a tool dating back to the right-wing militia movement of the 1990s.
The arrest of a suspect in the bombing spree has made it clear that the “both sides” argument is vacuous. The suspect owns a van festooned with pro-Trump and anti-Democrat material, and his social media accounts indicate that he was active in the far-right meme community. And then within days, a man who promoted the conspiracy theory that Jews were behind the migrant caravan on right-wing social media platform Gab killed 11 people in a synagogue. How could Democrats share equal blame for possibly motivating these actions?


Mitch McConnell (a Koch stooge) is of course, an example of a political leader who follows (and starts) right wing lies and who this sort of support of false talking points by the left, helps politically... as well making left media - essentially - stooges of the right (as they have been for years, I think white supremacy is in their blood. One side accepts it, hiddenly or openly, while the other side denies it but listens to, sanitizes and follows their talking points):

After years of drumming up right wing bulling and terrorism - even openly during election season - right wing terrorism - before hidden through media silence - has become mainstream in a BIG way (amazing how that works!). Even the Las Vegas roof top shooter - called false flag, etc. by Fox News - has been shown to have ties to right wing politics and common thoughts/beliefs. This is nothing less than a war on the people enabled by media incompetence, folks!