Height Of Hypocrisy 3: Using Taxpayer Money For Personal Use Like Communists & Dictators

Basically, GOP are using up taxpayer money like Kings...

According to the Washington Post, Shulkin mixed personal and official travel on his way to a meeting in July with Danish and British officials to discuss veteran’s health issues. The entourage included Shulkin’s wife, Merle Bari, his acting undersecretary of health and her husband, his chief of staff and an aide. Shulkin’s predecessor, Robert Macdonald, spent more than two years at the post without taking foreign work trips, according to the Post. Shulkin’s means that now five Cabinet members are being scrutinized for questionable travel choices. Health and Human Services Secretary Thomas Price, Environmental Protection Agency chief Scott Pruitt and Treasury Secretary Steve Mnuchin and Interior Secretary Ryan Zinke have been slammed for public costs involved with shuttling them around on expensive charter or military aircraft when cheaper but less convenient options are typically available.


WHY TRUMP ACTUALLY DEMANDED TOM PRICE'S RESIGNATION 10/2/2017 Secretary of Health and Human Services Tom Price resigns amid a corruption scandal, but Trevor suspects his departure had more to do with his inability to repeal Obamacare.


Then: Trump harbored a years-long vendetta against President Obama over his golf game, arguing that the president was neglecting everything from the economy to terror attacks by spending time on the green. “Can you believe that, with all of the problems and difficulties facing the U.S., President Obama spent the day playing golf,” read one Trump tweet.
__Now:__As the legal battle over his controversial travel ban intensified last weekend (after setting off chaos within government agencies and airports around the world), President Trump was, you guessed it, golfing—for a reported 8 hours!—at his eponymous Palm Beach, Florida golf club. Interestingly enough, as Politico notes, Trump actually hit the links sooner into his presidency than Obama, who waited four months before his first golf outing. Trump going back on his word? Par for the course.
2. Taxpayer-funded travel
__Then:__Trump regularly railed against President Obama for taking vacations. “The habitual vacationer, @BarackObama, is now in Hawaii,” he wrote in one 2011 tweet, alleging, “This vacation is costing taxpayers $4 million.” In other tweets that year, Trump took aim at the First Family’s downtime, lamenting: “Why did @BarackObama and his family travel separately to Martha's Vineyard? They love to extravagantly spend on the taxpayers’ dime” and taking aim at what he called First Lady Michelle Obama’s “luxurious Aspen vacation.” Despite being known to travel via branded helicopter and possessing hotel properties across the world, Trump vowed to The Hill in 2015 during the campaign that he, on the other hand, “would not be a president who took vacations.”
__Now:__Spotted, on Day 14 of his presidency: none other than President Trump on a Floridian mini-vacay. Directly contradicting his tweets about the Obamas, Trump’s own “working weekend” jaunt, during which he stayed at his Mar-a-Lago club, is estimated to have cost taxpayers an estimated $3 million in Air Force One, Secret Service, and other costs. Taxpayers will also now foot the estimated$100,000 in similar bills after Secret Service (and embassy staff) escorted Trump’s son Eric on a January business trip—yes, a trip that could enrich the Trump Organization and, ultimately, the president himself—to Uruguay. And singling out Mrs. Obama’s ski trip (estimated cost: $57,000) now falls a little flat, when the estimated cost to taxpayers of First Lady Melania Trump remaining in New York with the couple’s son Barron in lieu of moving to Washington, D.C, is estimated at least $500,000—per day.

Trump flip-flops to ask taxpayers, not Mexico, to fund the wallDonald Trump promised many times on the campaign trail that he would build his border wall and that Mexico would pay for it. Now he's threatening to a government shutdown to make the American taxpayer foot the bill. Duration: 2:58


WASHINGTON — With President Donald Trump making his seventh presidential trip this weekend to his Mar-a-Lago resort in Florida, government watchdogs and Democrats are once again seeing dollar signs: namely, $3 million.
That’s a widely used estimate of what each journey costs taxpayers. The figure comes from a government report on a trip President Barack Obama made to Palm Beach, Florida, but the report’s author tells The Associated Press that it’s a mistake to apply those findings to Trump’s travel.
A conservative group that closely monitors presidential expenses puts the tab for each Mar-a-Lago visit closer to $1 million.
Neither the Secret Service, which protects the president, nor the Department of Defense, which transports presidential vehicles from place to place, has provided a tally of any Mar-a-Lago trip, although a government office is working up estimates that will eventually become public.
So why does anyone care whether Trump is frequenting Florida, and how did $3 million become the common wisdom as the cost of each visit?
Trump himself drew attention to the issue when he called Obama a “habitual vacationer” who was costing taxpayers money. He repeatedly harangued Obama about it on Twitter between 2011 and last year.
The conservative group Judicial Watch estimated that Obama’s travel expenses totaled at least $96 million over eight years, based on partial responses to its freedom of information requests. In December, the group’s president, Tom Fitton, said Obama had engaged in “notorious abuse of presidential travel perks” and called on Trump to overhaul presidential travel.

Federal Govt. Report Says Global Warming Is Costing Taxpayers Billions: Here's How to Fix It Even if we achieved zero emissions tomorrow, we’re still in big trouble—but there is a solution.
Why Should Taxpayers Pay for the Opioid Crisis When Pharma Caused It?Trump has announced a national public health emergency over opioids for a scourge created by Pharma.

Abusing taxpayer money used to be a firing offense. Not in the Trump era.


The Tax Money Trump Has Spent on Golf Carts Could Have Bought 54,095 School Lunches We’re paying for the president’s golf obsession, bigly.


President Donald Trump may want to cut the federal budget and says he wants to return tax dollars back to the American public. Even so, he sure does love to spend your money on his personal pastimes.
Over the Thanksgiving weekend, the Secret Service reportedly spent $7,470 on golf cart rentals for its agents and the president while at Trump's private Florida club, Mar-a-Lago, according to federal purchase orders reviewed by USA Today. In total, the publication reports that the Secret Service has spent $144,975 on golf carts in the 11 months since Trump assumed office.
Golfing is such an integral part of Trump’s routine — he's been on 81 trips to golf properties while in office — that the Secret Service had to sign a ongoing contract with Golf Cart & Utility Distributors, a Florida cart rental company, which now amounts to $69,430.
The carts seem to be some kind of necessity, given Trump’s distaste for exerting any sort of physical force. In May, The New Yorker reported that “other than golf, [Trump] considers exercise misguided, arguing that a person, like a battery, is born with a finite amount of energy.” It seems that Trump now considers walking too strenuous — he even thinks “rallies are a form of exercise,” according to Axios.
At $144,975, government expenditures on golf carts for the president are more than double the $66,000 remaining in the dwindling National Public Health Emergency Fund, the war chest the administration will be using in its fight against the opioid epidemic. As well, the outlay for the vehicles is more than twice the $51,220 average salary of a civil servant or the $59,427.50 starting pay of a Secret Service member. 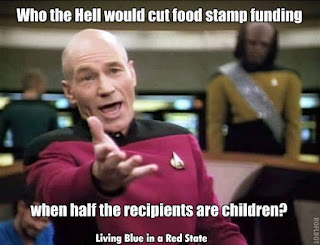