All these fine words and noble phrases and no one even mentions that we have a declassified memo revealing that the President knew the attack on Pearl Harbor was coming. How about sharing this little factoid with the vets that are left? Some of em may even say 'I knew it!'.

Pearl Harbour memo shows US warned of Japanese attack On the 70th anniversary of Pearl Harbour, the attack that propelled America into the Second World War, a declassified memo shows that Japanese surprise attack was expected. 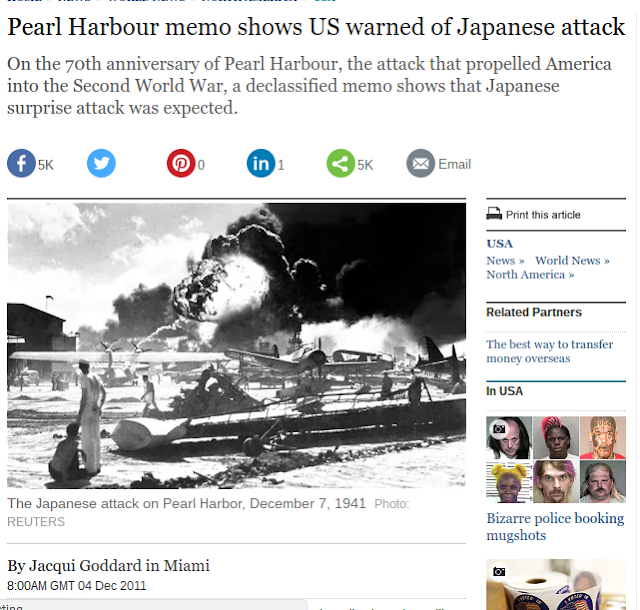 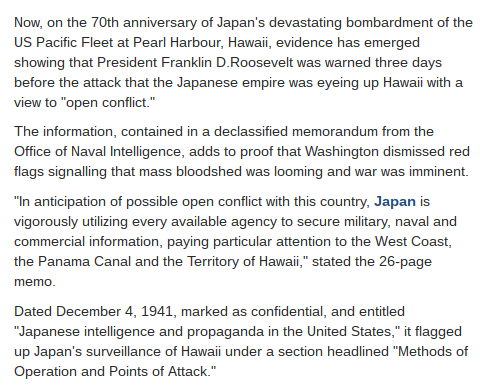 In all these videos there is nothing about this (fits the Nazi-like narrative in corporate media I seem to have stumbled upon);

COLLEGE STATION, Texas – It was a somber day Wednesday at the George Bush Presidential Library and Museum, where hundreds gathered to commemorate the 75th anniversary of the attacks on Pearl Harbor.

The “day that will go down in infamy” hits especially close to home for former President George H.W. Bush, who was a senior in high school at the time. The gravity of what happened is what compelled him to temporarily forego his college plans and join the United States military.

“We gotta do something about this,” recalled President Bush, in an op-ed article published by USA Today.

(CNN)Former President George H.W. Bush and former Sen. Bob Dole -- their lives linked through service in combat and as rivals for the presidency -- shared another experience Wednesday: remembering the 75th anniversary of the attack on Pearl Harbor.

CNN: How Pearl Harbor created a climate of fear