The media is confusing. A bi-partisan committee filled with politicians announced that the Bush Administration MISLED us into the Iraq War and we get nothing. A FBI guy says NOTHING and "we have our October surprise, folks!". The surprise, of course, is that there is no scandal, the media just needs some ratings and they have no problem misinforming the viewers to get their cash. 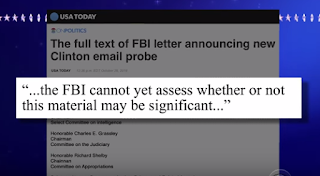 Funny thing is, the whole thing and it's timing is suspicious in it's own right; 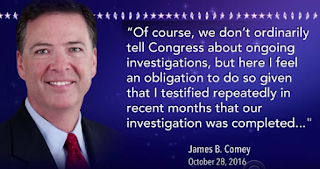 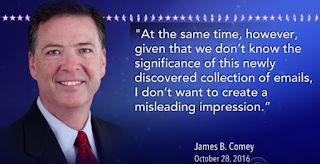 As Colbert put it, "To recap your weekend, this is what we know: NOTHING"

Seth Meyers adds even more context to this new email "scandal" (hint: the media looks even more stupid when you put it in context of Trump)

Hillary Clinton's Emails Are Back: A Closer Look

Seth Meyers compares the media's current focus on Hillary's emails to being heavily concerned with the registration of the car OJ was driving around in rather than what OJ himself did or is doing (i.e. focusing on emails from a pervert NOT on Hillary's staff while ignoring the pervert who is running for President). What we should do is break how bad the media is and have them talk about how badly they betrayed the country and their viewers.