Post-Truth Is The Word Of The Year But It's Just A Repeat Of "Truthiness" From 2006! Have We Entered An Echo Chamber Of Lies So Big We Can't Even Remember Exposing It?

Post-Truth recently became "word of the year" and in the following video Stephen Colbert notes how similar this word is to his own definition from 2006;

'Post-Truth' Is Just A Rip-Off Of 'Truthiness': The Oxford English Dictionary has named its Word of the Year for 2016... and it bears a striking resemblance to their 2006 winner.

"Post-Truth" is just another way of saying "truthiness"... 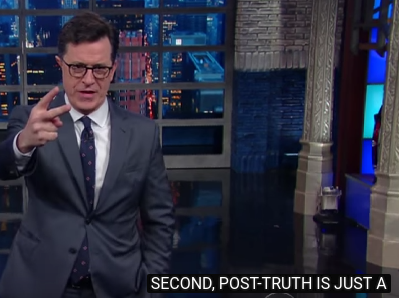 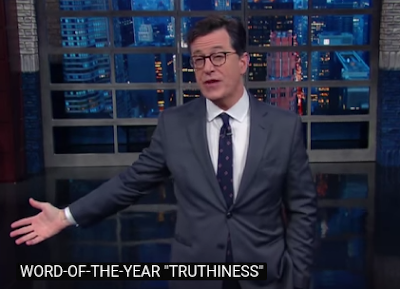 Here is a comparison showing the words are basically the same and that our culture can't remember a discovery/word-of-the-year that's just 10 years old... 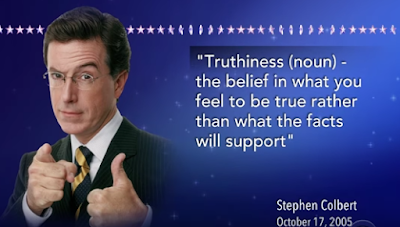 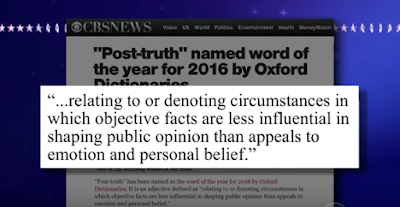 Here is the original video on "Truthiness" from 2005: If truthinews were around in the past, people could have seen great headlines like "Dewey Defeats Truman? You Tell Us!" and "63% Believe Titanic Still Unsinkable."  (03:42)

Link: An older post on the truthiness of news


Here is an overview of verifiable false facts in the "news" media;

How does the media get away with non-facts? John Oliver demonstrates how this media tactic works using an old issue;

Rather than giving climate change deniers the normal; 3% of airtime they are creating false equivalency that the climate change debate is at 50-50 when it's really 97-3 (Survey finds 97% of climate science papers agree warming is man-made - It's more than 97% by now)
Climate Change Debate: Last Week Tonight with John Oliver (HBO)

The basic con by the corporate media can be outlined thus... 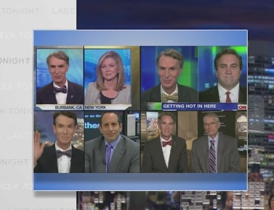 One person is taken to represent the view the media wants to debunk who competes with several people who believe things other than what has been scientifically established making it seem like the group who oppose climate change is larger than scientific fact itself. (Note: The media changes it's tactics to the extent that it is exposed in enough eyes)

John Oliver points out there is only mathematically fair way to do this debate on TV... 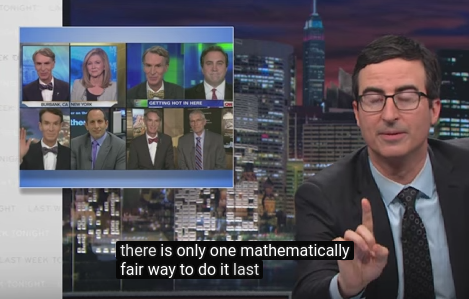 And that way would be to use a statistically representative way to represent these views in a round table format; 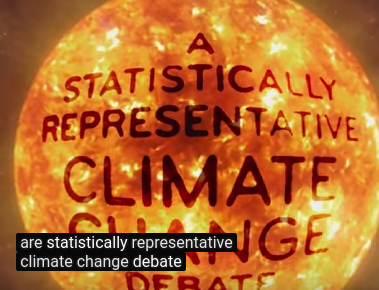 Here you see the one science guy all of media was using VS one of the many non-science guys saying whatever it is they feel is true (truthiness/Post-truth perspective); 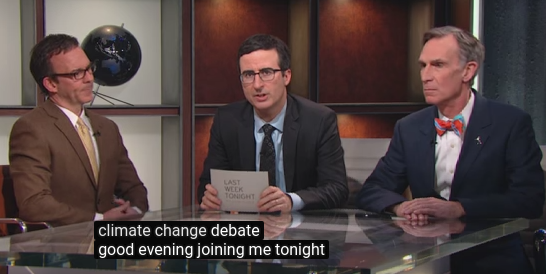 i.e. this is what the debate SHOULD look like on TV but purposely doesn't.


“If we are not serious about facts and what’s true and what’s not, if we can’t discriminate between serious arguments and propaganda, then we have problems,” Obama said during a press conference in Germany.


Notes on a couple of weird and funny CNN videos;

The year late night picked a side The days of Leno and Letterman hitting both candidates equally are over. This year, hosts like Stephen Colbert, Samantha Bee, and Seth Meyers have made it clear they believe Donald Trump is dangerous—just the latest evidence that 2016 is no ordinary election


The question we have to ask CNN, given the lies permeating the "news" networks (outlined above and in links below) and the billions of dollars worth of free publicity it has given to Trump for no apparent reason, is... why didn't they pick a side? Synergy?

I just thought this one is funny when put in context;