Ego is the story you create in your head that you invest yourself emotionally in.

Any job where people adore you, look up to you or fear you will create an over inflated ego as your "story" appears to be "greater" than others and thus you can create and invest emotions in your status that not only makes you feel good but one of the signs you may be missing out on life while you busily accumulate things before you die (everybody dies).

I just noticed this on the Rachel Maddow show and thought this would make a great illustration of what an over-inflated ego looks like. In dictatorships they tend to glorify an individual with gold (a practice with a surprisingly long historical continuity behind it suggesting this is normal and almost eternal human behavior).

Gold statue of horse-challenged dictator unveiled in Turkmenistan Rachel Maddow reports on a newly unveiled gold statue of Turkmenistan's president, depicting the dictator astride a horse, even though he was previously most famous for falling off a horse in 2013.

Here are some pictures of King Midas, er, I mean Turkmenistan's dictator; 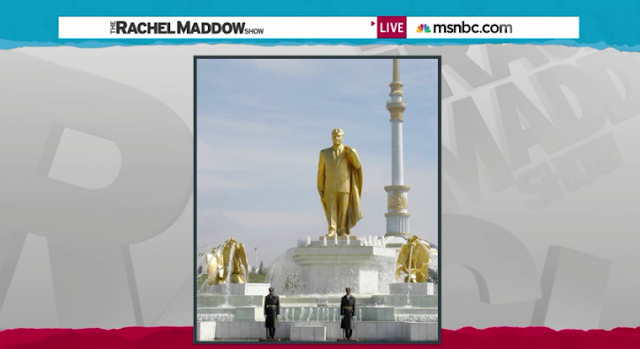 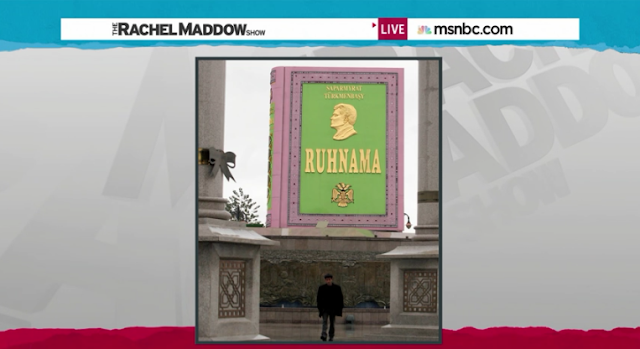 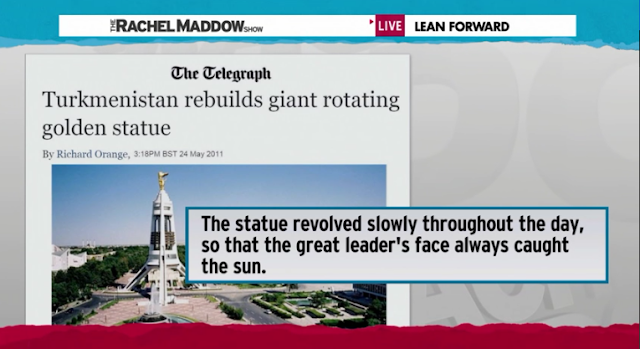 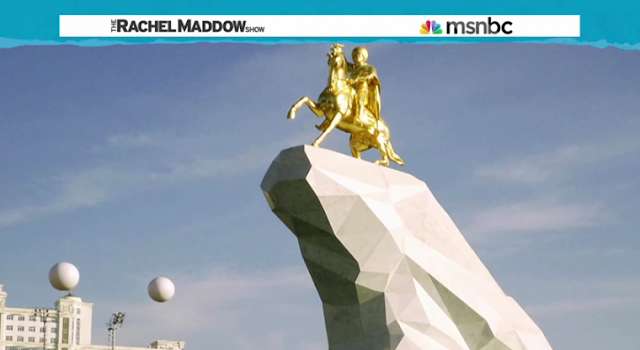 Joseph Campbell coined the term "Mythic Inflation" for when leaders egos get so big that they become the center of the society they live in (something which our democracy can keep a check on to some degree but gets out of hand in dictatorships or oligarchies);

Someone's Blog Post Explanation: In the second stage of mythic inflation, the ruler’s aggrandized ego believes and acts as if it were a deity. Mythically inflated rulers exhibit haughty arrogance and are obsessed with gaining material wealth and power over others. They ruthlessly lie, trick, exploit and murder to achieve earthly desires and prestige.
In contrast to mythic identification, the mythically inflated king would never consider sacrificing himself for the good of the community.
In ancient Egypt the often brutal, power-hungry kings envisioned themselves as “God on earth,” as did Julius Caesar in Rome.
Google Books - Extract from Joseph Campbells "Oriental Mythology" (Oriental was a normal term back when he wrote this): 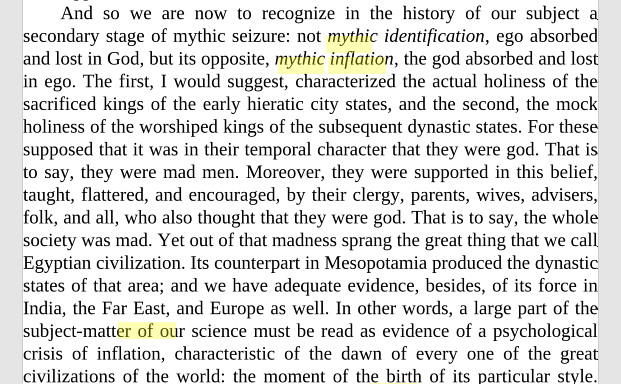 Interestingly enough, we have our own monuments. The George Bush Memorial Library seems dedicated to altering history so George Bush's words that 'history would prove him right' could be indoctrinated into people so they will believe him. IN other words, like dictators everywhere, his primary goal is to tell people what they should believe about him. It's a real dynasty... and the party that calls it self the 'constitutional party' (but is really America's worst enemy EVER) is the one that is presently supporting a dynasty of GOP leaders... taking America closest to what a REAL dictatorship looks like. Incredible.; 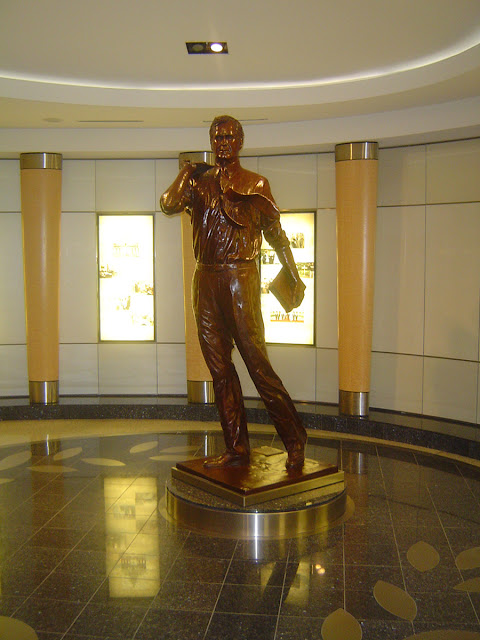 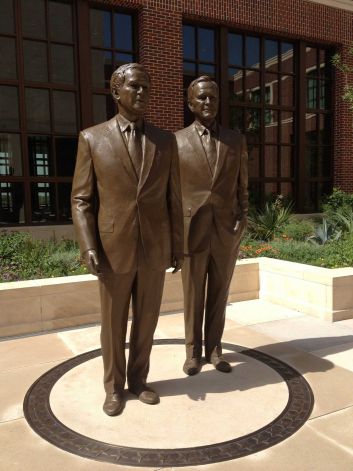 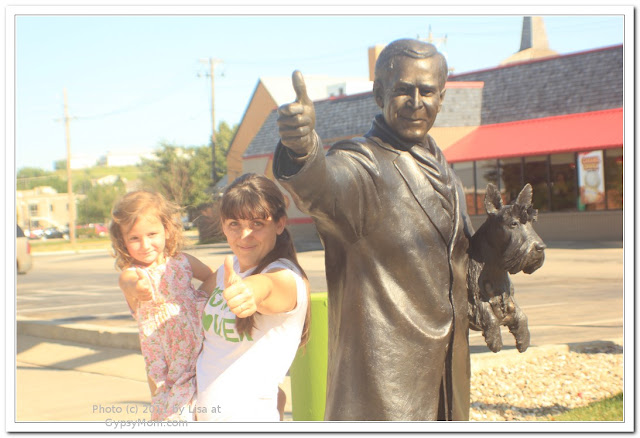 It's possible people simply need idols to believe in and this also helps create over-inflated egos.

You can see the signs of a dictator when they can start wars for whatever reason and get away without an investigation or charges, i.e. no one indicts a dictator in thier own country.