Kinda strange that the guy who created the financial system which allowed America to become an economic powerhouse is being replaced. Why not replace Benjamin Franklin?

Treasury to select woman for new ten dollar bill - Rachel Maddow reports the breaking news that the U.S. Treasury has announced that it will replace Alexander Hamilton on the U.S. ten dollar bill with a woman to be decided later this year after public input.

Anyways, there are other complaints as well such as more important issues such as pay equality (in this age!) 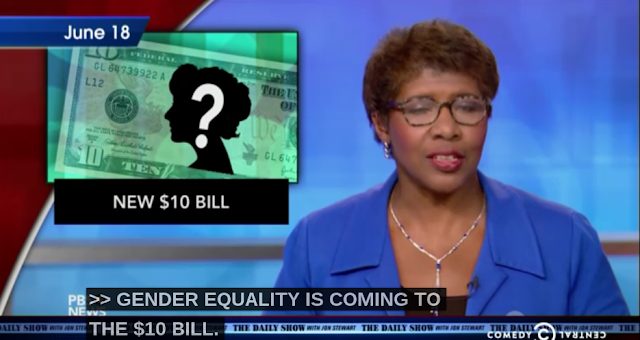 More on pay equality:
The Battle for the War on Women - While multiple states roll back the equal pay and health rights that women have come to enjoy, Fox News relegates the "war on women" to the rank of "phony" political fight. (6:48):