Sci-Fi Movie: Voyage To The Planet Of Prehistoric Women (1967)


Movie: Voyage To The Planet Of Prehistoric Women (1967)


A Russian sci-fi film that was redone and dubbed in English. This was made back when the space race first started. Texas has it's own space station! The Dinosaur/Lizard-Men like creatures remind me of a Star Trek episode... and you'll just have to watch the movie to know more. Very well written for it's time. Although they could have gotten the stars thing right. Stars only move in the earths sky and if you are actually ON the space station. Science wasn't the main focus in making this film. Though there are some interesting original concepts in this film, particularly towards the end.
EXTRACT: A team of astronauts crashes on the surface of Venus. Accompanied by their robot, they explore the surface and end up destroying the Venusian God. This film is also known as "The Gill Women" and "The Gill Women of Venus".

This film began life as a Soviet-produced work. An American producer then added some new footage and changed the credits to hide the film's Soviet origin. The original film, "Planeta Bur", is also known as "Cosmonauts on Venus", "Planet of Storms", "Planet of Tempests", "Planeta Burg", and "Storm Planet". Much of the film "Planeta Bur" was also incorporated into the "American" film "Voyage to the Prehistoric Planet".

This film was shown in "Pathe" color, which is essentially just a method of placing color filters over a black and white film. Consequently, the color that you see is not the true color of the sets but instead represents an "interpretation" of a black and white original.

You can find more information regarding this film on its IMDb page.

More information is also available from the Wikipedia article here.

Apparently Jon Stewart has seen this film and seems to give it a rating of 10 out of 10 stars! Check it out for yourself;

May 7th 2015: Friends with Benefactors - Hillary Clinton comes under fire for a foreign donations corruption scandal, despite pervasive campaign finance deregulation and obscene political spending within the U.S. (7:58) 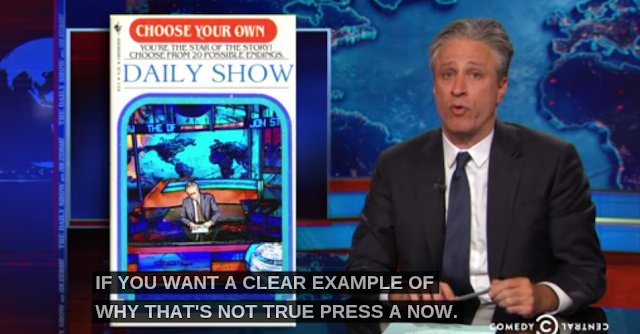 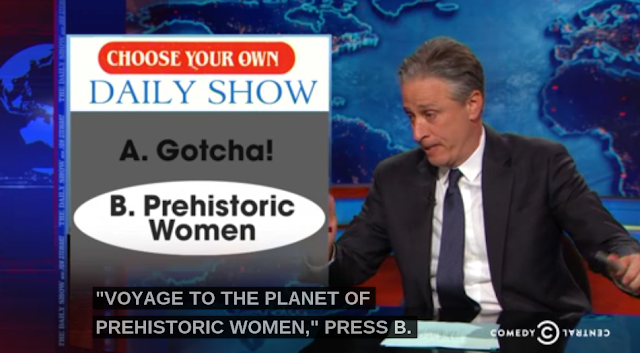 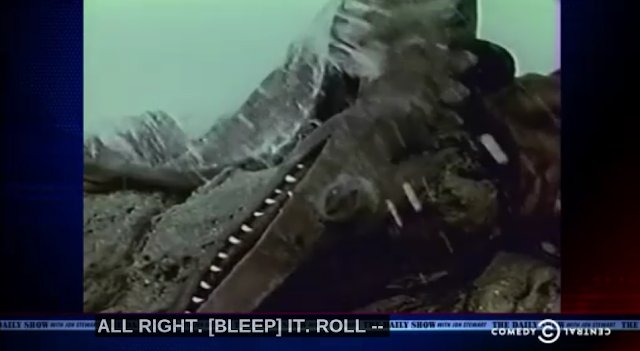 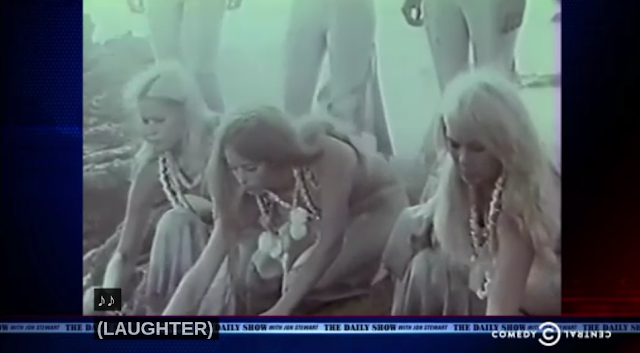 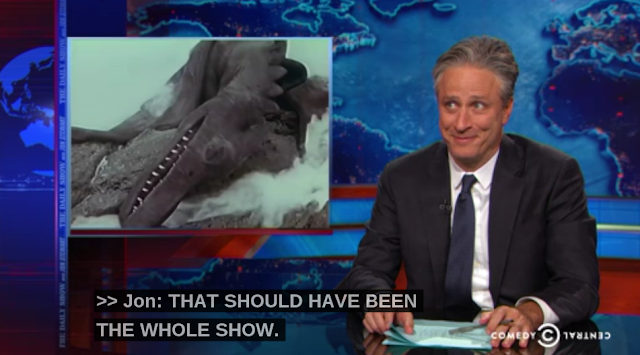 By Jon's last comment "that should have been the whole show", we know he wold probably have given the movie 10/10 stars, so;

Jon Stewart Rating for "Voyage To The Planet Of Prehistoric Women" is 10/10 stars.

To add you own ratings just reply to the comment box below (all comments are moderated).

Email ThisBlogThis!Share to TwitterShare to FacebookShare to Pinterest
Labels: Voyage To The Planet Of Prehistoric Women