The Diversion Tactic tactic requires one to divert the victims/viewers attention to "facts" as you see fit. In the video below you get to see how Megyn Kelly uses her inflections to push a false narrative. 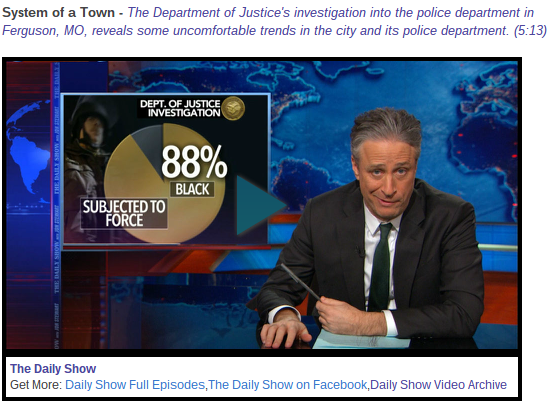 Keep in mind that violent attacks, with dogs, had only occurred on black people making one comedian comment on 'racist dogs' and that Holder was clear that Ferguson 'was a powder keg ready to explode because of regular and constant discrimination against blacks by white cops';

Now watch this charade (where the guest may be simply a fox news watcher so is unaware of the facts but Megyn Kelly is a news reporter so there is no excuse for her).


ROORDA: Well, Megyn, I -- let's -- let's not forget or lose sight of -- of the historical facts (1) here. The protesters in the streets were not saying hands up don't write me a ticket. They were saying hands up don't shoot(2). That narrative has been rejected by the evidence that came before the grand jury and the evidence that came before the Justice Department.

And you know Eric Holder wanted to find wrongdoing on the part of Darren Wilson with every fiber in his body, and he was unable to do so. And he was unable to admit when they reached their findings that he was exonerated, that that was central finding. (3)


(1) The historical facts of a protest that was because Ferguson was a 'powder keg ready to explode' because of continuous and regular discrimination towards black people on the part of the almost all white police force. As per the GOP's "Southern Strategy", Megyn Kelly attacks black people's views (the protesters) and supports white people views despite all evidence that proves there is something seriously wrong with that town.

(2) Given the recent history of the media reporting on police attacking black people from, kids to adults and fox news practices of helping criminals get off and the history of attacks on black people in Ferguson - including violent attacks with attack dogs - the protesters are still making a valid point if the chant is seen as being said sarcastically, as thier protests reveal a pattern of behavior.

(3) First off, the guy assumes that Eric Holder "wanted" to find wrong doing. GOP have amply proved, time and time again, that if they want to hide something they can do it. Secondly, what Eric Holder found was a pattern of discrimination and abuse of power so widespread that he couldn't hold one officer accountable... is what the report is saying generally. Witnesses seems to have seen both hands up and a charge (probably to try and survive an attack by a crazed cop, they did have a thing about "niggers"). In any case, one lying witness seems to have been conjured up by watching Fox News so there are mysteries on both sides of this fake argument.

(4) Just another example of Megyn Kelly supporting a false narrative in line with the GOP's white supremacist practices.

Fox News Deception Tactics: This One Is Called "The Reversal Tactic"