With Jeb Bush we get Dick Cheney & his ex- Foreign Policy team who misled us into war and lied continuously - Not to mention the fact that Cheney is now an "honorable" mainstay on Capital Hill... again - It feels right to re-emphasize what a crime it is to not charge Dick Cheney for his crimes; 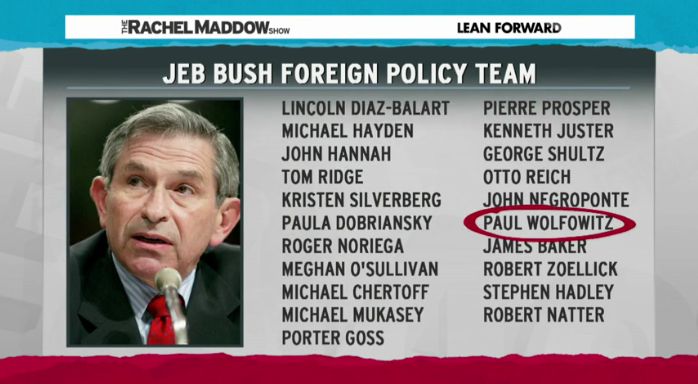 Extracts from an article in the alternate media that rarely makes it into the mainstream (certainly not long enough for it to stick in people's memories);

Dick Cheney Should be Rotting in a Prison Cell, Not Opining About Iraq

If there's one person who has absolutely zero business criticizing anyone for how they're running the country, it's Dick Cheney.
This should be obvious to pretty everyone by now, but apparently theWall Street Journal didn't get the message. This week, the paper published an editorial by Cheney and his daughter Liz in which the former Vice President blaststhe "collapsing Obama doctrine" of foreign policy."
Taking the rapid advance of ISIS radicals through northern Iraq as his cue, Cheney accuses President Obama of "emboldening" America's enemies. He writes:

Rarely has a U.S. president been so wrong about so much at the expense of so many. Too many times to count, Mr. Obama has told us he is 'ending' the wars in Iraq and Afghanistan - as though wishing made it so. His rhetoric has now come crashing into reality...America's enemies are not 'decimated.' They are emboldened and on the march.

According to Cheney, the "failures" of the Obama presidency - which I guess are to not get the country involved in any more decade-long wars - are proof that our first African-American president is actively trying to take down America. He writes:

Despite clear evidence of the dire need for American leadership around the world, the desperation of our allies and the glee of our enemies, President Obama seems determined to leave office ensuring he has taken America down a notch. Indeed, the speed of the terrorists' takeover of territory in Iraq has been matched only by the speed of American decline on his watch.

Forget for a second that President Obama has continued many of the policies of the Bush administration - the drone wars and NSA spying both started under Cheney's watch - and just consider the fact that Dick Cheney of all people actually has the gall to call someone else out for "taking America down a notch" and "being so wrong about so much at the expense of so many."
You don't need a political science degree to know how ridiculous this is.
The Iraq War was the single biggest foreign policy disaster in recent - or maybe even all - of American history.
It cost the country around $4 trillion dollars, killed hundreds of thousands, if not millions of innocent civilians, left 4,500 Americans dead, and turned what was once one of the more developed countries in the Arab World into aslaughterhouse.
Make no mistake about it, Iraq would not be the violent place it is today if the Bush administration hadn't lied its way into a costly, unnecessary, and destructive war.
Ironically, things have played out exactly as Cheney said they would when he was asked back in the 1990s about why the first Bush administration didn't march all the way to Baghdad during the First Gulf War.
Really, there's no one who's done more to damage America's reputation around the world and embolden our enemies than our former Vice President.

Another articles on this topic;


Michael Moore: Why aren’t Bush, Cheney and Rumsfeld in jail?


Glenn Greenwald Blasts Dick Cheney And President Obama On Torture
"When you send the signal, as the Obama administration did, that torture is not a crime that ought to be punished, it's just a policy dispute that you argue about on Sunday shows, of course it emboldens torturers like Dick Cheney to go around and say, 'What I did was absolutely right,'" Greenwald said.

Dick Cheney Should be in Jail: When we don't punish the worst political criminals in our history, it sets a terrible example for the rest of the world.
Can Jeb Bush hide from his brother’s war? Jeb Bush made it clear that he does not want to talk about the past, specifically the wars in Afghanistan and Iraq, which are synonymous with his brother’s presidency. Michael Tomasky and Ron Reagan discuss.
We broke apart the Government of Syria; 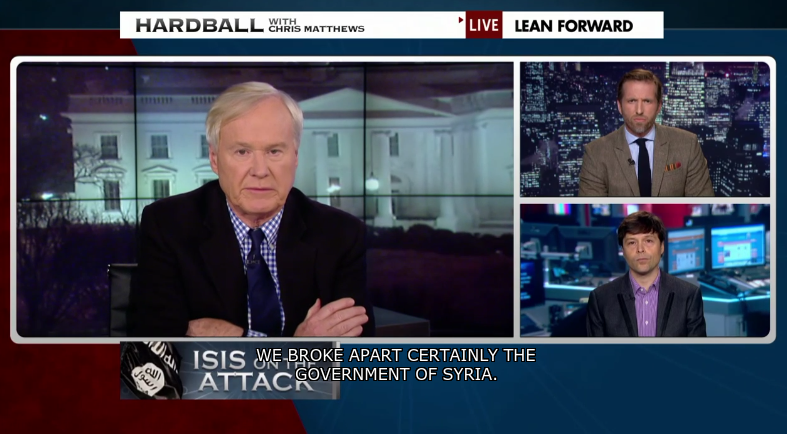 Made the same mistake in Iraq; 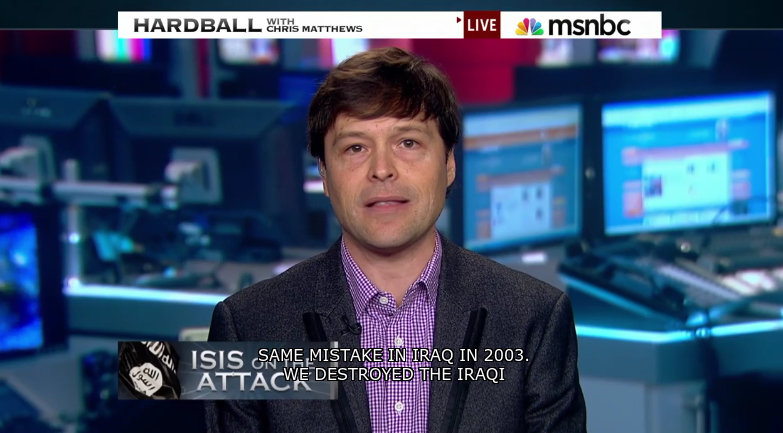 We wiped out the infrastructure that makes a society function and left them with no internal security apparatus (from army to cops); 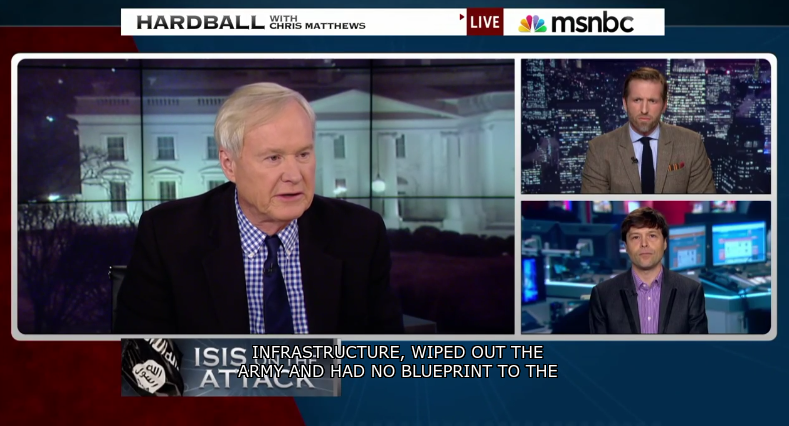 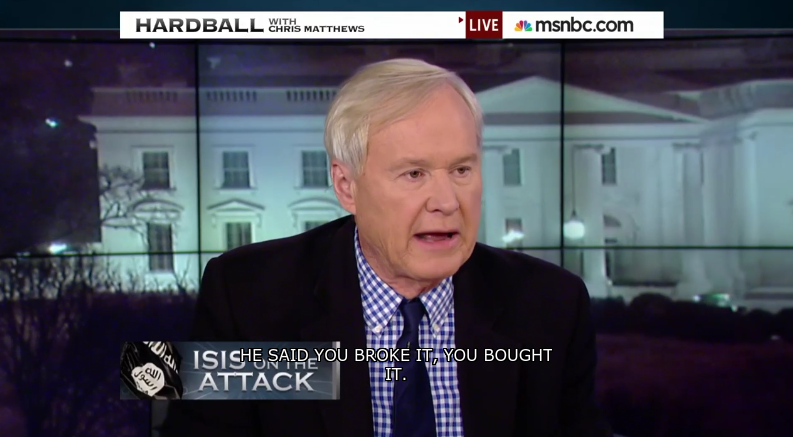 So many government's we've broken; 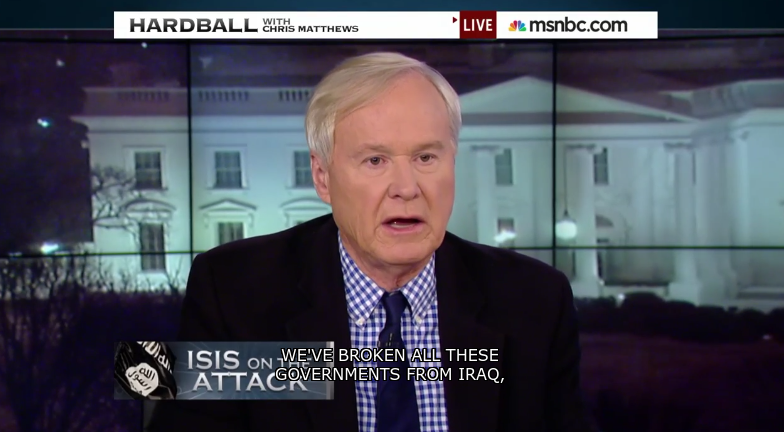 We has no rebuilding plans; 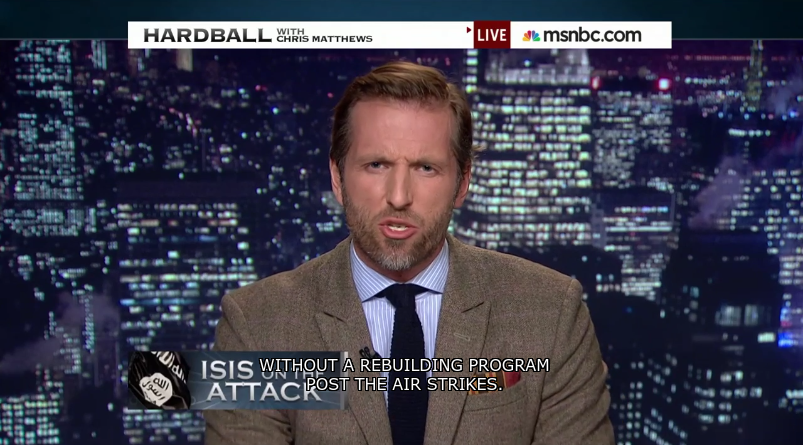 The situation in Libya is complex; 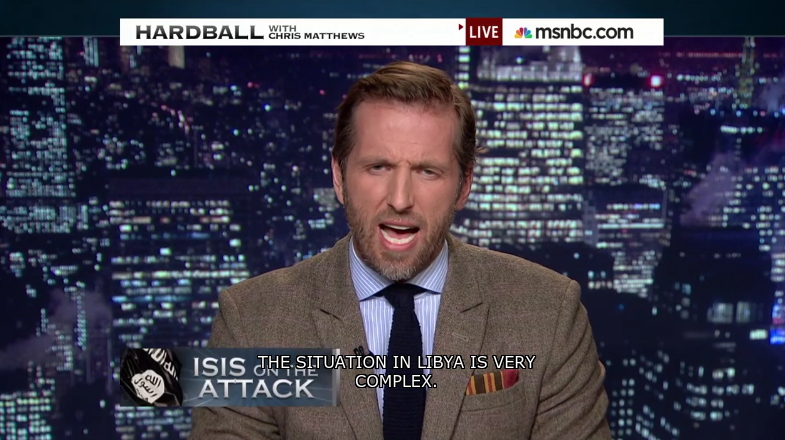 Republicans want more freedoms to bring in troops for war and Obama wants to restrict our involvement. Given how inaccurate the conservatives have been AND how consistently wrong they have been, it really should be time to stop listening to them on national security issues for good.

Email ThisBlogThis!Share to TwitterShare to FacebookShare to Pinterest
Labels: Dick Cheney, We should pressure Obama to indict Cheney