Notice that Fox News and it's affiliates promoted "Jenny McCarthiesm" which they are now trying to distance themselves from now. (this sudden denial of promoting Jenny McCartheism is probably out of reaction to my post on the matter. They believe this will work indefinitely because of their echo chambers)


VACCINES - A growing number of parents opt out of vaccinating their children, thanks in part to a discredited study linking vaccines to autism. (6:50):

The other compassionate blonde who promoted Jenny Science...

How can the FCC allow the media to conduct such dangerous activities putting citizens lives at risk by promoting false news? Well, Fox News won a case in court that says it's legal to lie. So they are putting it to good use indeed.

Now, notice how influential the GOP media really is, to be able to push these non-scientific and dangerous ideas about what is healthy into the mainstream (what if some kid dies from one of their future endeavors to "help us"?).

Les Measlesrables: After a certain subset of the U.S. population refuses to vaccinate their kids, measles makes an unexpected resurgence. (9:44): 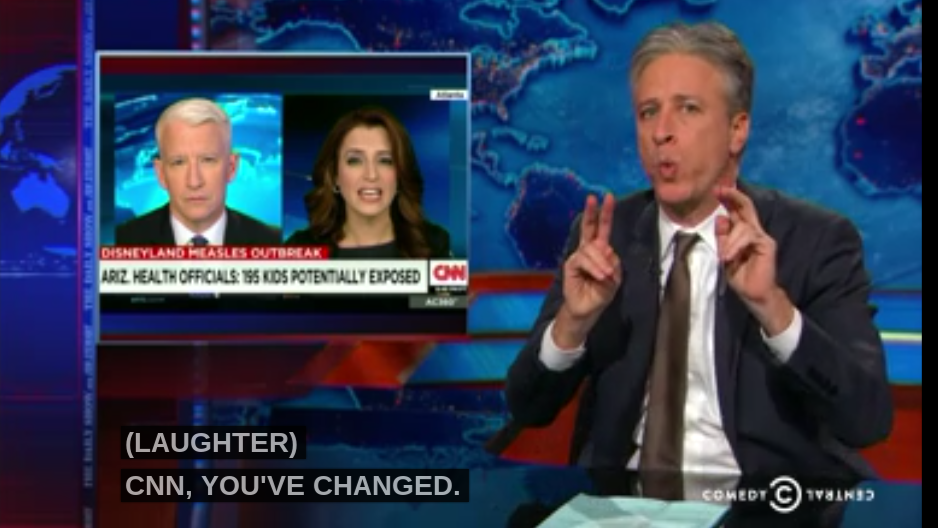 At 1:22 Jon Stewart is referring to the Ebola fiasco.

This is what CNN does to fill time, create scenarios. Makes sense given how little news they are allowed to cover. (assuming of course, they are not just learning on the job).

Next we learn how influential the GOP media really is when instead of just Fox news viewers believing junk science you got "well informed" Californian liberals believing the same crap. (Daily Show: I called this, i.e. the media has divided the country in "semi idiot and total idiot")


Then Jon Stewart explains measles in a way Americans understand...

So protect yourself from the measles as you would from zombies.

BTW, the background zombie scenes that Daily Show uses are from the following public domain movie (presented here in full - first posted on my website in 2013):

In this classic yet still creepy horror film, strangers hold up in a rural Pennsylvania farmhouse and battle constant attacks from dead locals who have been brought back to life by mysterious radiation:

I'm sure that was more scientifically informative than any news media channel. Here are some related posts on media that highlight how dangerous they are to society as they are... some sort of propaganda mouthpiece for politics rather than to inform the population as explained in this video: