At 40 seconds: Judge Napolitano agrees that Government and Freedom are complete opposites. Now be careful here, I know it sounds good especially if you mentally associate the Government with your parents but the Government, as it is designed, is exactly how the Constitution created it i.e. to limit a few individuals from controlling everyone and thereby setting up a despotic ruler. In other words, what Judge Napolitano is saying is that the Government is bad while no Government is good (this is 2011 so rhetoric may have evolved since then while keeping the same salient features of being unconstitutional)

Jon Stewart then opens with a reasonable statement that having roads or the ability to get food to survive during a depression (a social safety net) enhances the freedom as individuals as they have more movement and opportunity to move forward and not just remain stuck in one place dependent on horses for travel or dead cause you can't afford food or shelter.

Napolitano responds with a variety of words designed to elicit a response from the people familiar with his rhetoric. One interesting thing he says is that 'the government shouldn't pick winners or losers the free market should'. This is a standard GOP decoy for saying they want to buy America by losing regulations which prevents them from totally abusing citizen rights. (see related blog post links below)

The GOP - & by extension, Judge Napolitano - do this by pushing a fake definition for what the free market really is. They have been doing this for years... all the way up to February 2015, a year before the next elections. Lets see what they do next.

At 2:46 Napolitano talks about whether banks should fall or not. Since banks were too big to fail at the time it made sense to support them with the understanding that they would be broken up so we won't have to do this again. However, the opposite has happened, so it's not that the Judge is right but that it seems GOP allies in the corporations have set up the system to collapse with the next bubble burst. They even signed an appropriate measure into law to make it easier... during a budget meeting!

I see 'not having the government decide the winners and losers' is some sort of Koch Brother talking point. The tactic seems to be to make sure we let the next financial collapse go ahead as planned while they set it up to be a big one (doing the opposite of what the treasury department said it would do)

Imagine for a second: How can you run a media business telling the truth when Murdoch buys up all media, buys off some judges to make it legal to lie and call it news and uses tabloid tactics as mainstream news? You can't compete. The market isn't free. To Napolitano, and other Koch Brother/GOP stooges like him, the market is only free when thier masters are free to buy and own it thus cornering the market.

Next, Napolitano talks normal rhetoric designed to attract people while at the same time seeking to subvert them to give their vote to destroy America as his masters want.

Notice, majority DOES rule WITHIN the confines of the Constitution. Napolitano is blurring this distinction to a criminal degree.
'I'm not in favor of building anything' - Napolitano i.e. if there was nothing but dirt roads and no bridges etc. Napolitano would be fine with it. A country is built. Article 1 Section 8 makes building stuff the Congresses Constitutional responsibility. I'm pretty sure Neapolitan is consciously engaged in treason using his influence on Fox "Business".

When it was put in the Constitution forbidding restriction of free speech I seriously doubt it was intended to allow the media to lie to subvert justice and the American way to steal elections while using the army for drilling oil. Speech would only be free if Truth were marketed with equal amount of veracity. Fox News would have to have a disclaimer saying that they are pursuing their free speech right to lie. But to protect our Citizens civil rights we have listed the truth on the screen so truth and lies have equal rights on our TV screens and thus equal opportunity of reaching the population to inform them 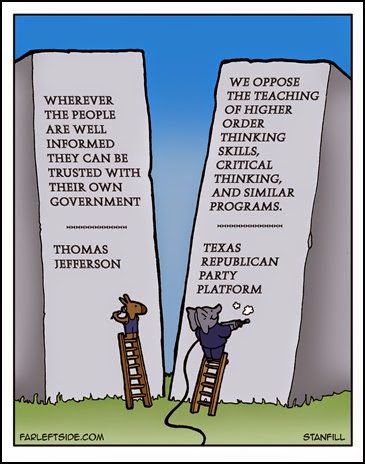