The people of Dick Cheney's & Rupert Murdoch's Fox News have been copying my posts - REVERSING IT's MEANING - and pretending it's them that said what they said. I covered this before. So, first I will put up some links to the GOP stooges copying me and then my latest discovery, i.e. Chick Todd of Meet The Press is a confirmed part of the GOP cabal (as is Morning Joe, who is busy throwing childish decoys for my amusement).

Posts of mine proving them traitors are copying me:

BILL O REILLY TAKES THE LEFT'S (& OFTEN MINE) ARGUMENTS ON WHY THE GOP ARE BEING SO INSANELY DUMB ABOUT THEIR POLICIES (I.E. THAT REPUBLICANS BELIEVE THEIR RANDOM THEORIES LIKE A RELIGION, AN "IDEOLOGY", RATHER THAN USING FACTS)... AND FLINGS IT BACK AT THE LEFT

Tsk Tsk... Rush Limbaugh Is Following Bill O Reilly's (or is it the Koch Brothers?) Lead In Copying My Posts


Note: Chuck Todd is the same person who did this...

Above image if from this video:

This one shows that in any particular circumstance the whole media (MSNBC, CNN & FOXNEWS) can function as a GOP/Fox News/ "Conservative" echo chamber, in this case it was to pretend a candidate didn't exist... 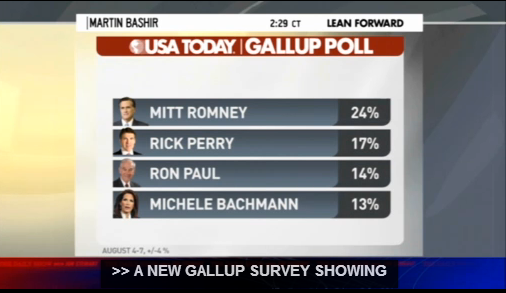 Moving on, once again Chuck Todd helps the fake right: 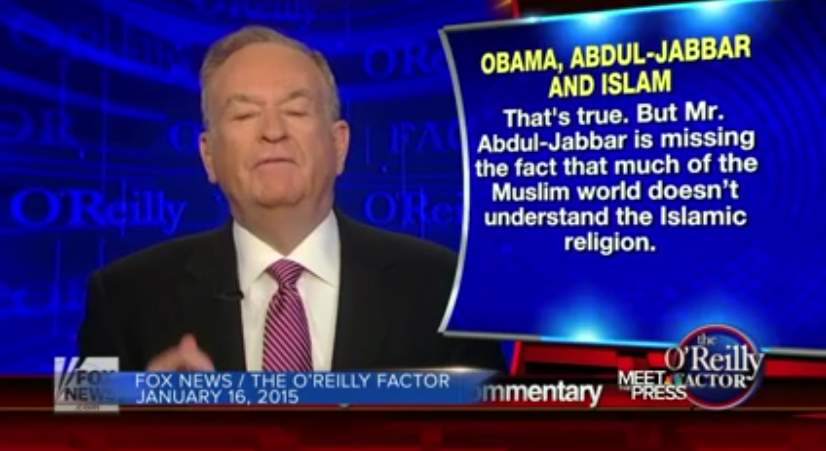 Bill here is copying me when I said in the following post from Feb 2014:

Why this dichotomy? It has to do with the Christians lack of belief in thier scripture. While a Muslim follows scripture a Christian follows thier leader that's why they emphasize being a 'flock of sheep' cause that's how they have historically been taught to function. When you ask 'why it is OK to eat Pork or get tattoos or weave two types of cloths together which is forbidden in the book of Leviticus'he/she gets a reply 'because Jesus came and abrogated past laws' ...


but when you ask 'so why do you persecute gays when that's also in the Book of Leviticus AND Jesus said nothing about gays especially when you aren't following the other laws of the Book of Leviticus' you draw a blank. The question simply doesn't penetrate. To a Muslim this is very confusing as they follow scripture so they think the Christians scripture has been corrupted and they have gone made when in reality the answer is simpler than that... Christians NEVER read thier scripture. Is is read for them by a 'chosen one' who then guides them from thier. These MAJOR cultural differences cause major problems in International Relations.


Christian Scripture Not Followed (well mostly, well, not intentionally anyways):
1. Leviticus 19:27 “‘Do not cut the hair at the sides of your head or clip off the edges of your beard.
2. Leviticus 5:2 "'Or if a person touches anything ceremonially unclean--whether the carcasses of unclean wild animals or of unclean livestock or of unclean creatures that move along the ground--even though he is unaware of it, he has become unclean and is guilty
3. Leviticus 11:7 And the pig, though it has a split hoof completely divided, does not chew the cud; it is unclean for you.
4. Leviticus 11:9 "'Of all the creatures living in the water of the seas and the streams, you may eat any that have fins and scales.
5. Deuteronomy 22:9 Do not plant two kinds of seed in your vineyard; if you do, not only the crops you plant but also the fruit of the vineyard will be defiled
6. Deuteronomy 22:11 Do not wear clothes of wool and linen woven together.
7. Leviticus 19:19 "'Keep my decrees. "'Do not mate different kinds of animals. "'Do not plant your field with two kinds of seed. "'Do not wear clothing woven of two kinds of material.

Hosea 13:16 (King James) Samaria will bear her guilt because she has rebelled against her God.
They will fall by the sword; their little ones will be dashed to pieces, and their pregnant women ripped open.
Numbers 31: 17-18
17. Now therefore kill every male among the little ones, and kill every woman that hath known man by lying with him.
18. But all the women children, that have not known a man by lying with him, keep alive for yourselves.
Deuteronomy 20:16
However, in the cities of the nations the Lord your God is giving you as an inheritance, do not leave alive anything that breathes.
1 Samuel 15:2-4
2 Thus saith the LORD of hosts, I remember that which Amalek did to Israel, how he laid wait for him in the way, when he came up from Egypt.
3 Now go and smite Amalek, and utterly destroy all that they have, and spare them not; but slay both man and woman, infant and suckling, ox and sheep, camel and ass.
4 And Saul gathered the people together, and numbered them in Telaim, two hundred thousand footmen, and ten thousand men of Judah.
Psalm 137:8-9
8 O daughter of Babylon, O destroyed one, O the happiness of him who repayeth to thee thy deed, That thou hast done to us.
9 O the happiness of him who doth seize, And hath dashed thy sucklings on the rock!
Basically what a Christian "leader" does is pick and choose which laws he or she will follow by using the quotes below to make his chosen obsoletes valid while he is never questioned on what he or she chooses to implement as questioning is not allowed within the Christian institution itself (unlike the Muslim one where is not only allowed but encouraged and only during educational dark ages does it get out of hand like when the Christian Nazi movement took over Europe, ex 'the pen is mightier than the sword'):

I have tons of proof on this which goes from my "Islam" category on LIberal Libertarianism.org to the following video...

At 3:50 - "Definitions of marriage in Deuteronomy (An Old Testament Book)"...

Bill is just using my post as part of his "frame a religion" plan that he has been pursuing for a while (& CHUCK TODD IS CLEARLY HELPING HIM)...

Daily Show - The Fox News rapid-response team distinguishes violence in the name of a religion from the practitioners of that religion -- as long as it's Christianity. (5:17):

Here is Bill O Reilly using Chuck Todd as an example of truth! (We all know how Fox News does "truth", don't we?) 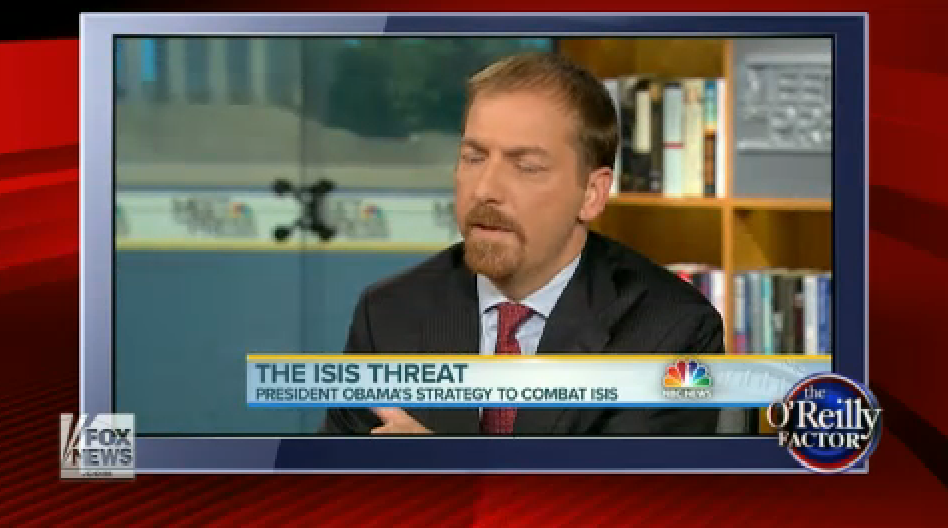 (The above is covered in more detail here - just the video of above image if from is here - Note: I've also noticed Bill use points from my ISIS post as well ....or was my comments about ISIS on twitter? or both?)

This part is the clincher. Notice the following still Meet The Press has kindly provided for the world to see as a "talking point"... from a station that is well known for using lies as it's main political activism method.

Bill has been after Pakistan, for some reason, for a while. Poor Pakistan, already having bowed to the Bush Administration to the point where Bush declared them to be "A Major Non-Nato Ally" (I hear NATO membership is hard), is simply doing what the Military wants them to do. The CIA launches drones from bases the US Military has INSIDE Pakistan. How much more of an ally does one have to get? Here is what Iran's strategic position looks like (Pakistan is the country on the extreme right with the four stars representing US Military Bases). 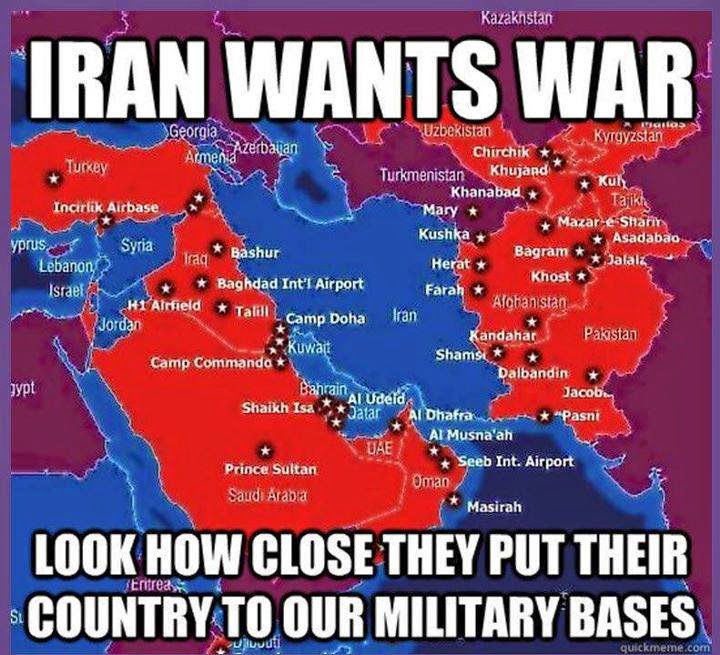 Here is some other information Bill The Terrorist doesn't want you to see:

Mike Mullen - Former Chairman of the Joint Chiefs of Staff Mike Mullen discusses the challenges posed by ISIS and the disconnect between the U.S. military and the rest of American society. (7:30):

New Focus on Pakistan’s Lawless Border Region
A wild frontier - It will take more than American missiles to bring order to Pakistan’s north-western border region
PDF Report of Islamic Militancy in the border regions (where Pakistan has it's own troops as well)
Did you know that there are two different Taliban groups? (but is often reported on as one group)
A Pakistani Journalist responds to some of the questions (this is old info, Bill should have read stuff like this by now UNLESS this latest round of smearing Pakistan has some ulterior motive? I'm half Pakistani from my fathers side, could that be the reason?)

Many think, after 9/11, Al Qaeda went to the tribal areas [of Pakistan]. What you know about that?Definitely they did. Definitely. The whole of Al Qaeda's moved into Pakistan. First they moved into the tribal areas. Pretty much they are there -- even today they are there. There is pretty strong evidence available to suggest that some of the Arabs who speak local native language, the Pashto, that wear native dresses, they look like native people. They are the guest of tribal people in South Waziristan and North Waziristan. I've been meeting people who know it for sure in their own areas -- there are Arabs living there as guests of some tribal people.

I would think that some people in the government may also know, have some ideas. But as long as these people are not creating trouble and they are just sitting quiet, the government are not ready to confront them. They don't want to create a problem for themselves.

They are often categorized as semi-autonomous areas. But for all practical purpose, before 9/11, they were autonomous areas. There was no law there. The law was gun and drugs. These people trade in gun and guns only. There was no other thing. Maybe smuggling. So it was a lawless terrain, completely out of Pakistan's control.

These people don't accept any laws. They didn't even accept the Durand Line, the border between Pakistan and Afghanistan. They never had any travel documents to go into Afghanistan or coming back from there. So there are tremendous linkages there. These people have no law, no Pakistani law government.

And they're in the same tribe as the Taliban?

Yes, in most cases. There are different types, but they share the area. They share the terrain. They share the culture, and they all share a very deep, religious leanings. They consider themselves ultra-religious people. Yes, the rest would like to call them the sheer fundamentalists.


Other proofs in this series:
Information/Press 1 - Setting The Stage for Understanding The Corporate Media's Past