NSA: Overview Of The Real-Life Version Of "Enemy Of the State"

NSA: What Happened To America? Land Of The Free & Home Of the Brave... Traitors?

The "Enemy Of the State" uses an example of old technology that Google nowadays gives away for free called "Google Earth"{Bet you can find your house by typing your address into Google Earth :)}:


Enemy of the State by MovieTrailerJunkie

An NSA whistleblower claims the government reserves the right to spy on the small percentage of Americans who make phone calls or use the Internet:

The Government has been collecting information on that small group of us that make phone calls or use the internet. I got to say, I bet the Amish are feeling pretty smug right now. (i.e. the Amish are the only ones who don't use phones of the internet)

3:30 Conservatives praise Obama for being like George Bush. Megyn Kelly 'it feels like George Bush is back in office' I feel safer under Obama cause he's taking the same steps as Bush with the wiretapping and indefinite detention, keeping Guantanamo open and drone strikes Who cares about microwaves and dishwashers? It's probably to track them if they are stolen. Must be expensive electronics.

6:32 NSA has massive database of American's phone calls - 5/11/2006 'We had this debate... we surrendered our rights back when we were already in the grip of fear'
The Media's Role:

GOP Media attacking the messenger. Standard Southern Strategy method. They are trying to attack his character and reputation but the problem is the stuff he is revealing isn't something he created. It's official stuff.

2:20 MSNBC makes it clear it stands with the 'shoot the messenger' philosophy. Which fits their firing of Phil Donahue.

The media can't decide if NSA whistle-blower Edward Snowden is more heroic truth-teller or weasel-like traitor, so Samantha Bee lays out the facts:

Did Snowden snitch on you? If not, then he's a whistle blower. i.e. he basically told on all of US Media (for their lack of investigative reporting, or any reporting for that matter)... THAT"S WHY THE MEDIA IS/WAS AFTER SNOWDEN BECAUSE HE JUST EXPOSED THEIR INCOMPETENCE

"Let the record show that on January 16, 2012, the good people of South Carolina booed the Golden Rule." Jon Stewart


The immigration debate is resolved inside the squared circle. 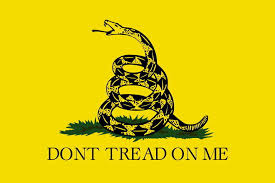 Don't Tread On Me Metallica Metallica

Email ThisBlogThis!Share to TwitterShare to FacebookShare to Pinterest
Labels: CNN, Colbert Report, Don't Tread On me, Enemy Of The State, Fox News, MSNBC, NSA, The Daily Show, Whistleblower, Will Smith