Bugs Bunny sings "Jimmy Crack Corn" which may have originally been a strange sort of slave freedom song (well, it was a crime for a slave to escape or kill his owner... so he blames the blue tailed fly?)...


When I was young I us'd to wait
On the boss and hand him his plate;
And Pass down the bottle when he got dry,
And brush away the blue tail fly.

In the two verses that follow, the singer is told to protect his master's horse from the bite of the blue-tail fly:


An' when he ride in de afternoon,
I foiler wid a hickory broom;
De poney being berry shy,
When bitten by de blue tail fly.

The horse bucks and the master is killed. The slave then escapes culpability:

The references to a "jury" and a "verdic[t]" imply that the slave was criminally charged: Some sources indicate this may have referred to a coroner's inquest or police investigation, but these "slang" terms were not used outside the context of a court proceeding at the time.


They buried him 'neath the sycamore tree
His epitaph there for to see
"Beneath this stone I'm forced to lie
The victim of a blue-tailed Fly."


Ol' massa's gone and I'll let him rest,
They say all things are for the best,
But I'll never forget 'til the day I die,
Ol' massa and that blue-tailed fly.

The modern chorus is as follows: 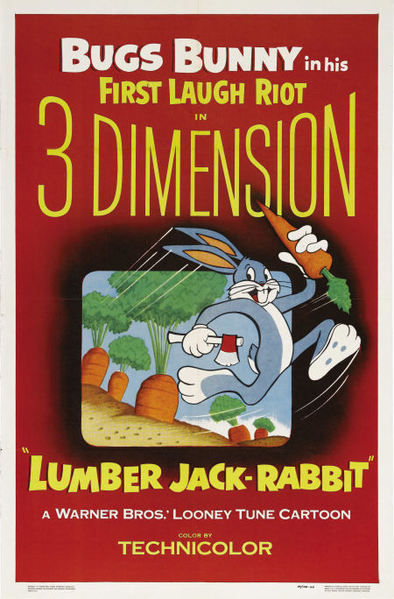 The Bugs Bunny cartoon above is set in the folk fairytale of the USA called Paul Bunyan, this cartoon is a more accurate version of the story:

Mel-O-Toons sometimes erroneously called "Mello Toons", was a series of animated cartoons produced in 1960 by New World Productions and syndicated by United Artists. It featured various folk tales, Greco-Roman myths, Biblical stories, some original stories by author Thornton Burgess, classic stories, even adaptations of classical music and ballet. The soundtracks were often taken from existing children's records, licensed from the original labels. 104 cartoons, each about 6 minutes long, were produced in limited animation. -From Wikipedia