Bugs Bunny In "Water Water Every Hare"...
There is an old story...

The best analysis of Climate Change on TV...

Ending the Silence on Climate Change

Remember climate change? The issue barely comes up with any substance in our current political dialogue. But bringing climate change back into our national conversation is as much a communications challenge as it is a scientific one.

This week, in an encore broadcast, scientist Anthony Leiserowitz, director of the Yale Project on Climate Change Communication, joins Bill to describe his efforts to galvanize communities over what’s arguably the greatest single threat facing humanity. Leiserowitz, who specializes in the psychology of risk perception, knows better than anyone if people are willing to change their behavior to make a difference.

“[A] pervasive sense up to now has been that climate change is distant — distant in time, and distant in space,” Leiserowitz tells Bill. “And what we’re now beginning to see is that it’s not so distant. I have a nine-year-old son — he’s going to be my age in the year 2050. I don’t want him to live in the world that we’re currently hurtling towards.”

Climate Change & It's Aftermath... Is Now.

Change to handle the future or events will make adjustments their own way.

Every area has it's challenges but through decentralization of energy and food production it's possible to move towards abundance rather than to move from calamity to calamity. If we are prepared then the next storm could be an opportunity for us to generate reserve power and heavy rains can be used to replenish our water supplies. Everything can be made easier if we put our minds to it.

Climate Change Debate Is Over...

Set aside the politics: Data shows that climate change is happening, measurably, now. And as Vicki Arroyo says, it's time to prepare our homes and cities for the new climate, with its increased risk of flooding, drought and uncertainty. She illustrates this inspiring talk with bold projects from cities all over the world -- local examples of thinking ahead.

Floods are the fastest way to wipe away a city, town or country. People often don't realize  how powerful floods can be. Nor do they realize how powerful natural disasters can be. The recent category 1 storm brought New York, New Jersey and most of the eastern seaboard to it's knees (Sandy). Watch how fast a small flood can make a community helpless...

In terms of flood management, this is letting go...

NOTICE: Rather than fighting to survive in a flood... kids can attend school! 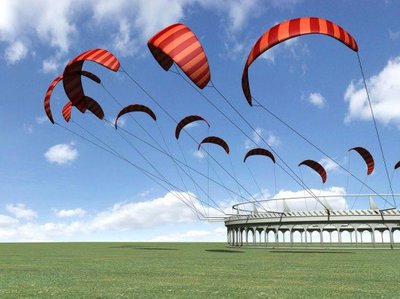 All you need is made boat made of reed and a solar panel or maybe a little boat wind turbine or both. Next time you have a flood... go fishing while your family sits in thier floating $1000 - made from spare sparts - flood shelter (I can see it in my minds eye... can you in yours?).


Want to move to a new country? Simply raise an anchor if you're living in a solar-powered Orsos Island floating home!... 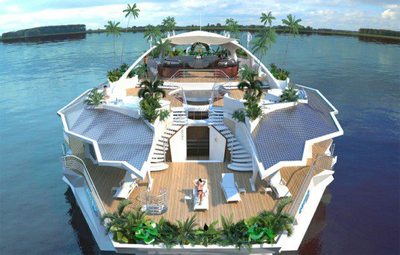 1. The study conducted the Blue Green Alliance found that policies such as a renewable electricity mandate would provide steady demand for clean energy and put Americans to work building the components needed to make wind turbines, solar panels and other technologies. "There's no question that our big investment in clean energy can lead to the rebirth of American manufacturing," said David Foster, executive director of the alliance. States with the most potential for creating renewable  manufacturing jobs include California with an estimated 95,616 jobs, Texas with 60,100 and Illinois with 56,579.

A look towards the future (one that we can reach faster or sooner depending on decision we are making now)...

This deals with rising tides and thunderstorms (not tsunamis or monster waves)...

This deals with the need for more farming land, but not waves or any sort...

Underwater Skyscraper is a Self-Sufficient City at Sea

Ocean levels are rising around the globe, so rather than tethering our buildings to the sinking shoreline why not suit them for a life at sea? That’s the approach behind the Water-Scraper, a futuristic self-sufficient floating city. A special mention in the eVolo Skyscraper Competition, the design expands the concept of a floating island into a full-fledged underwater skyscraper that harvests renewable energy and grows its own food.

Combining the ark idea with the farming idea (the lower structure adds stability making it much less likely to overturn in a large wave), would be a great idea for stable oceanic housing.

Also, imagine traveling between the underwater towers while a storm, or sunny day, rages above!


William Kamkwamba: On Building A Windmill

When he was just 14 years old, Malawian inventor William Kamkwamba built his family an electricity-generating windmill from spare parts, working from rough plans he found in a library book.

William Kamkwamba: How I harnessed the wind (2009)

At age 14, in poverty and famine, a Malawian boy built a windmill to power his family's home. Now at 22, William Kamkwamba, who speaks at TED, here, for the second time, shares in his own words the moving tale of invention that changed his life.

Documentary: Wind: An Energy Alternative (1980)
This program looks at the history and uses of wind power, used for centuries by humans to move boats, pump water and grind grain including discussions on efficiency, problems in the urban environment, experimental systems and windmill use across the United States.

Brazil is set to open the world's first algae-based biofuel plant in 2013...

Carbon neutral gasoline ... from plants! Like everyone else, George Huber knows money doesn't grow on trees. But, ask him where gasoline comes from and he won't just tell you, he'll show you. To fully understand, Science Nation recently went with Huber to a local lumber yard in Amherst, Mass. A lumber yard is the perfect place to find cellulose, the key building block in plant cells and the organic material that gives plants their structure. So what does cellulose have to do with gasoline? A lot!

Many different types of methods are also being developed to harness energy from waves...

A wave power developer has said tests of a device off Scotland's coast exceeded expectations.

Florida Eco-Village Will Be the First Affordable Net-Zero Townhome Development in the US...

What we could, conceivably, build (from a fantasy sci-fi movie about Mars called John Carter) ...

Dubbed "super sand", it could become a low-cost way to purify water in the developing world.

The technology involves coating grains of sand in an oxide of a widely available material called graphite - commonly used as lead in pencils.

The team describes the work in the American Chemical Society journal Applied Materials and Interfaces.

In many countries around the world, access to clean drinking water and sanitation facilities is still limited.

The graphite-coated sand grains might be a solution - especially as people have already used sand to purify water since ancient times.

Simple Method for Clean Water (from How Stuff Works)

"How the Slingshot Water Purifier Works"

"How does desalination work?"

"How to Make Distilled Water"

Too much of the world lacks access to clean drinking water. Engineer Michael Pritchard did something about it -- inventing the portable Lifesaver filter, which can make the most revolting water drinkable in seconds. An amazing demo from TEDGlobal 2009.

Architect Kate Orff sees the oyster as an agent of urban change. Bundled into beds and sunk into city rivers, oysters slurp up pollution and make legendarily dirty waters clean -- thus driving even more innovation in "oyster-tecture." Orff shares her vision for an urban landscape that links nature and humanity for mutual benefit.