The Ducktators was banned after WW II because this type of propaganda was no longer needed.


Notice that even people caught up in Propaganda, who we know to be deluded, see themselves as smart. Such aphorisms as 'pride in intelligence blocks ability to reason' etc. doesn't work because they are blinded by their own ego-self, i.e. they don't like to see the truth about themselves or that which they love.

Such people, as the parodies of segments of the population which still exist today, follow certain laws of group behaviour. Eric Hoffer has the best explanation that works with modern politics, (especially in the United States)...

The following extract is from the book "The True Believer: Thoughts on the Nature of Mass Movements" and is meant to illustrate why people become some emotionally involved in a mass movement or political party, without any ability - or even care for - rationality and reason;

8. Faith in a holy cause is to a considerable extent a substitute for the lost faith in ourselves.


10. A man is likely to mind his own business when it is worth minding. When it is not, he takes his mind off his own meaningless affairs by minding other people's business.

This minding of other people's business expresses itself in gossip, snooping and meddling, and also in feverish interest in communal, national and racial affairs. In running away from ourselves we either fall on our neighbor's shoulder or fly at his throat.


11. The burning conviction that we have a holy duty toward others is often a way of attaching our drowning selves to a passing raft. What looks like giving a hand is often a holding on for dear life. Take away our holy duties and you leave our lives puny and meaningless. There is no doubt that in exchanging a self-centered for a selfless life we gain enormously in self-esteem. The vanity of the selfless, everi those who practice utmost humility, is boundless.


12. One of the most potent attractions of a mass movement is its offering of a substitute for individual hope. This attraction is particularly effective in a society imbued with the idea of progress. For in the conception of progress, "tomorrow" looms large, and the frustration resulting from having nothing to look forward to is the more poignant. Hermann Rauschning says of pre-Hitlerian Germany that "The feeling of having come to the end of all things was one of the worst troubles we endured after that lost war."-' In a modern society people can live without hope only when kept dazed and out of breath by incessant hustling. The despair brought by unemployment comes not only from the threat of destitution, but from the sudden view of a vast nothingness ahead. The unemployed are more likely to follow the peddlers of hope than the handers-out of relief.

Mass movements are usually accused of doping their followers with hope of the future while cheating them of the enjoyment of the present. Yet to the frustrated the present is irremediably spoiled. Comforts and pleasures cannot make it whole. No real content or comfort can ever arise in their minds but from hope.3


13. When our individual interests and prospects do not seem worth living for, we are in desperate need of something apart from us to live for. All forms of dedication, devotion, loyalty and self-surrender are in essence a desperate clinging to something which might give worth and meaning to our futile, spoiled lives. Hence the embracing of a substitute will necessarily be passionate and extreme. We can have qualified confidence in ourselves, but the faith we have in our nation, religion, race or holy cause has to be extravagant and uncompromising. A substitute embraced in moderation cannot supplant and efface the self we want to forget. We cannot be sure that we have something worth living for unless we are ready to die for it. This readiness to die is evidence to ourselves and others that what we had to take as a substitute for an irrevocably missed or spoiled first choice is indeed the best there ever was. 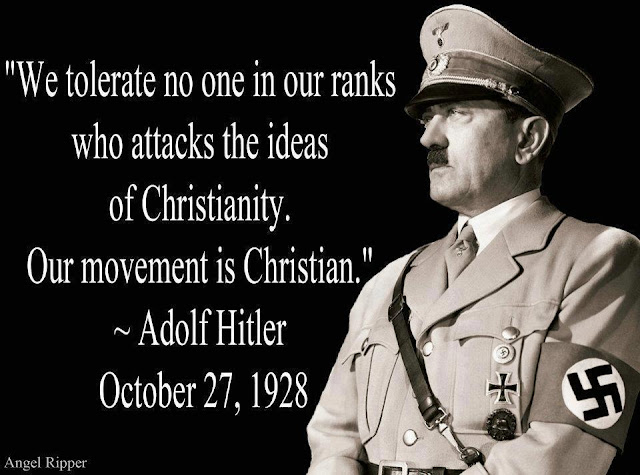 Eric Hoffer "was an American social writer and philosopher. He produced ten books and was awarded the Presidential Medal of Freedom in February 1983 by President of the United States Ronald Reagan. His first book, The True Believer, published in 1951, was widely recognized as a classic, receiving critical acclaim from both scholars and laymen."

This is from the preface of his book, The True Believer;

"All mass movements generate in their adherents a readiness to die and a proclivity for united action; all of them, irrespective of the doctrine they preach and the program they project, breed fanaticism, enthusiasm, fervent hope, hatred and intolerance; all of them are capable of releasing a powerful flow of activity in certain departments of life; all of them demand blind faith and single hearted allegiance."

If you disagree with the prevailing view of the tea party and/or GOP/Republicans, that makes you a "Nazi". Summarized here:

Bush ALMOST Admits Iraq War Was For Oil! All Evidence Proves That It WAS Oil & Illegal! http://www.culturesocietyblog.com/2013/03/george-bush-almost-admits-iraq-war-was.html

So Wrong for So Long: Greg Mitchell on How the Press, the Pundits — and the President — Failed on Iraq http://www.culturesocietyblog.com/2013/03/so-wrong-for-so-long-greg-mitchell-on.html 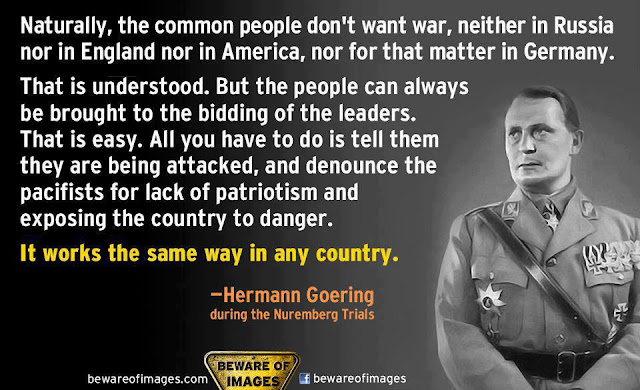