Examples Of How The "Right" Reframes Lies Into "Truths"


Fox News & thier primary allies, the GOP-Republicans, are using simple NLP & Hypnosis techniques, used in psychotherapy, from the 70's to fool 47% of the nation. Probably 63% using all the media corporations together.

Conservatives like Bobby Jindal call for a fundamental rethinking of the more extreme and antiquated Republican positions, while others in the GOP prefer cheating.


Jindal is nuts and Paul Ryan is crazier. If the choice is two whakos for 2016... I pick Jindal. Maybe he can exorcise Paul Ryan. (We would have to use  a lie detector to find out - a proper one not some kid doing NLP. What Paul Ryan is up to is none of our business but the US should maintain some semblance of normality, afterall this is the 21st Century not the stone age OR the age of the Patriarchs of the Old Testament.).

Related from Colbert: "This is the man that reframed the estate tax as the death tax, 'health care reform' as 'government takeover of healthcare' ..." http://www.colbertnation.com/the-colbert-report-videos/394776/august-16-2011/colbert-super-pac---persuadulux-6000

Frank Luntz will help Stephen create a Colbert Super PAC ad that works for Democrats and Republicans and scores with the South and the North.


"How to handle an audience and appeal to their feelings from INSIDE Fox-News/US-Media!":

3. Creating a more positive phrase for 'drilling for oil' became 'energy exploration'. (inaccuracy doesn't matter as long as there is a sliver of fact - KISS principle, i.e'. keep it simple stupid),

6. 'you decide' to lock in the last manipulative phrase (most of the viewers decisions are based on the views of who they trust... even the books they read ),

7. 'buzz words' - words that people focus on opposed to facts,

8. Use 'simple truth' only once in a discussion or article ?,

9. A criminal getting caught should apologize 3 times, "I'm sorry, I made a mistake, forgive me'


Other videos in this saga:


My explanation for why the "right" buys this crap:

History Of The GOP, The Dufflepuds & The Depth Of The State Of Denial 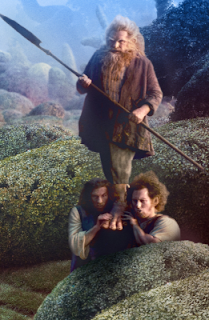