Context: GOP's War On the Constitution: Religious Liberty (Christians Allowed To Discriminate As They Wish Like A Theocracy) VS Constitutional Freedom (Everyone Is Equal Under The Law)

The "transgender" issue is a strange issue. Its amusing and yet its personal and thus not subject to Government intervention but somehow this is missed. The GOP wants to roll back regulations on everything - including stuff that keeps the playing field level  or could lead to indictment for crimes or, at least, awareness of them - BUT they are always seeking to regulate the bedroom, sexual choices and personal choices, why? (As some put it, "Republicans are dedicated to make Government small enough to fit into your vagina"). The Government is there to keep the country safe for everyone and keep the economic playing field level for all citizens to explore their lives in a free society (how can a society be free if the Government is interfering with your clothes or sexual preference?) ... how is persecuting gays or transgender people something the Government should be involved in? I thought the Constitution has an amendment to SEPARATE Church from State. When did the Church's obsession with controlling people's lives become the top priority for the party that is supposedly American yet does nothing that is American?

The Late Show with Stephen Colbert - Published on 22 Oct 2018 The President flew down to Texas to hold a campaign rally for the senator formerly known as 'Lyin' Ted.

i.e. Trump is attacking the freedom of expression; 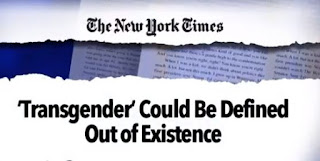 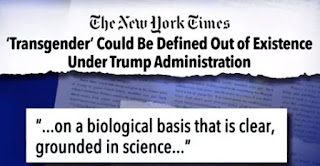 This guy likes science? The guy that can't even lie constantly and get it in accordance with the White House website? At the very least he should have the  White House update its website everything Trump updates his numbers? 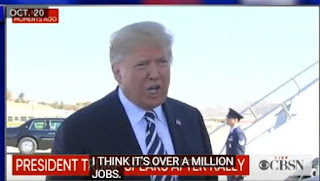 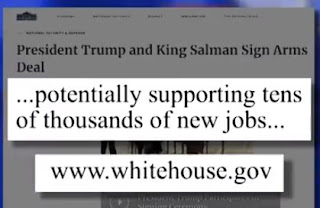 Trans Rights Under Attack | October 24, 2018 Act 2 | Full Frontal on TBS
Donald Trump insists he's our most LGBTQ-friendly president, but only because it's a series of letters he can kind of pronounce. His administration's most recent attempt to legislate trans people out of existence, though, is much more the Donald we've come to know.


Civil rights for transgender Americans advanced during Barack Obama’s presidency. As NBC News explained over the weekend, during the Obama administration, “the legal concept of gender was less stringent in federal programs and allowed individuals for the most part to choose how they identified.”
According to a report from the New York Times, the Trump administration is eyeing a dramatic change that would more narrowly define gender “as a biological, immutable condition determined by genitalia at birth.”

[T]he Department of Health and Human Services is spearheading an effort to establish a legal definition of sex under Title IX, the federal civil rights law that bans gender discrimination in education programs that receive government financial assistance, according to a memo obtained by The New York Times.
The department argued in its memo that key government agencies needed to adopt an explicit and uniform definition of gender as determined “on a biological basis that is clear, grounded in science, objective and administrable.” The agency’s proposed definition would define sex as either male or female, unchangeable, and determined by the genitals that a person is born with, according to a draft reviewed by The Times. Any dispute about one’s sex would have to be clarified using genetic testing.

Though the Times’ reporting hasn’t been independently confirmed by MSNBC or NBC News, if it’s correct, the proposed change would “essentially eradicate federal recognition of the estimated 1.4 million Americans who have opted to recognize themselves – surgically or otherwise – as a gender other than the one they were born into.”
This comes on the heels of a series of related measures from the Trump administration that are designed to turn back the clock on the rights of LGBT Americans, including the president’s ban on transgender Americans serving in the military.


#WontBeErased: Transgender activists and allies rally against Trump administration's attempt to erase trans people Protesters explain why media must include trans voices in their coverage

HALLIE JACKSON (HOST): I want to talk about the policy piece of it, but also about the political piece of it as well because whether or not this actually comes to fruition, whether or not this is a memo that will ultimately go nowhere or not. How does this play politically for Donald Trump, just two weeks before the midterms, in your view?
SARAH KATE ELLIS (GLAAD): Well you know, whether or not this comes into play, some damage has already been done because the transgender community is already an incredibly marginalized community within LGBQ community and in America, so, this reinforces the stigma that we're fighting every single day. And I just want to take a moment to say that this puts for debate their humanity and I think that that is already a losing hand. But as the LGBTQ community, we’re fighters and we have been fighting back and yesterday we held a rally for hundreds in a moment's notice in Washington Square Park, and within hours we’ll be in front of the White House today, fighting back. And civil rights lawyers are already readying a lawsuit because this is just egregious. And you know what, also I just want to say that since this administration came into power, it been 640 days, there have been 76 attacks against the LGBTQ community. So I really appreciate you highlighting one of them today.
...
ELLIS: You know, the first move he made was to bring on Pence as his VP candidate and ever since then it's been downhill. And Pence is one of the most anti-LGBTQ people out there, and since then has filled his cabinet, both he -- Trump and Pence have filled their cabinet with anti-LGBTQ people who have long, long track records.
JACKSON: You talked about a moment ago, fighting, and the rally that you held yesterday. There's another one that's set to happen in the next couple of minutes over at the White House and within the last few minutes, we have already heard from, for example, the Human Rights Campaign and others. Here's what the message was.
[BEGIN VIDEO]:
JO DEE WINTERHOF (HUMAN RIGHTS CAMPAIGN): Trump, Pence and their political cronies may think that discrimination is a winning issue for them, but we at the Human Rights Campaign and our colleagues are here to tell them, “If you come for LGBTQ people, we're coming for you on Election Day.”
[END VIDEO]
JACKSON: The hashtag #WontBeErased as you know, has gone viral since The New York Times dropped this story. How do you see this rallying Democrats come Election Day?
ELLIS: I think this is absolutely going to rally Democrats. I also think what is really important is that we let the trans community know that we stand with them. This is -- imagine your identity, or who you are being questioned and litigated day after day after day, and now from the highest office trying to erase you. So I think it's really important to show up to vote for pro-equality candidates on November 6 and we’ve been working with kids, the youth all over the country to make sure that we’re getting out the vote this year.

Related:
The New York Times: ‘Transgender’ Could Be Defined Out of Existence Under Trump Administration
Previously:
Transgender activist Raffi Freedman-Gurspan: "We won't be erased. ... We are going to get through this."
LGBTQ journalist Masha Gessen: Trump administration's attempt to erase transgender people is redefining "who gets to be fully human
The trans military ban is yet another example of the White House's cozy relationships with anti-LGBTQ hate groups
Recent reporting on violence against trans inmates illustrates the dangers of Trump administration rescinding protections