Basically, without people realizing it, the GOP and their mouthpieces Fox News having been repacking lies, modeled after the techniques and strategies of the Nazis, as "conservatism". In other words, if you are a "conservative" then you probably believe alot of lies drilled into you or your leaders without knowing it so the GOP could make money off of bad things (and worse).

One of the basic techniques of the Nazi's if this one a primary tactic which Fox News has mastered, with the help of media silence, allowing them to function virtually untouched), is the following basic Nazi tactic that Hitler explains as:

"Make the lie big, make it simple, keep saying it, and eventually they will believe it." =  Adolf Hitler 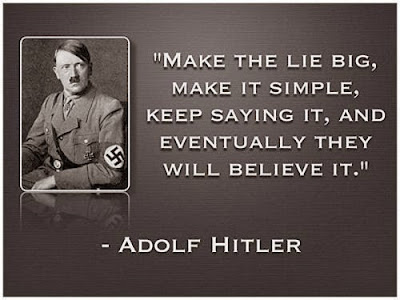 To bring the point home, here are a collection of right wing media and politicians lies...


A Small Collection of Fox News lies from PunditFact; 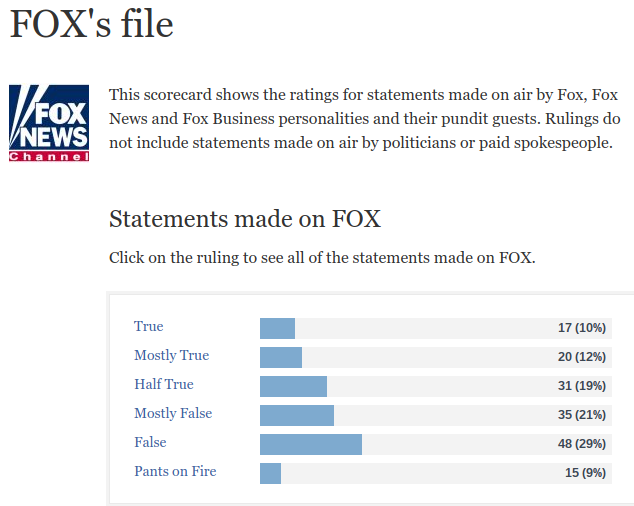 A sampling of Fox News "Pants On Fire" Lies; 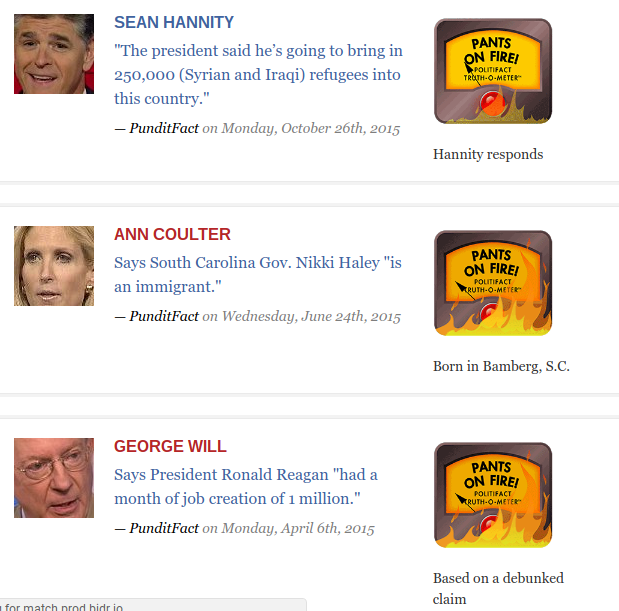 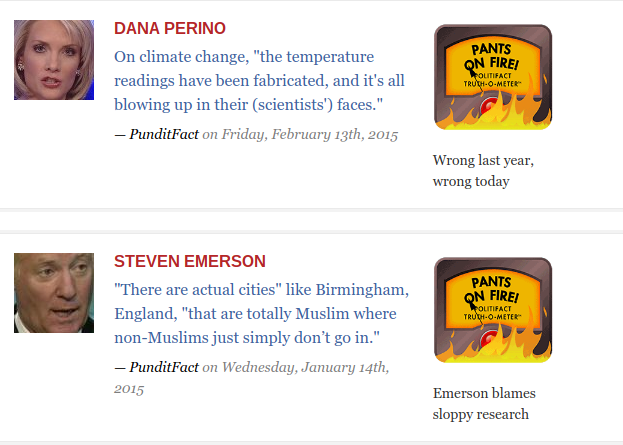 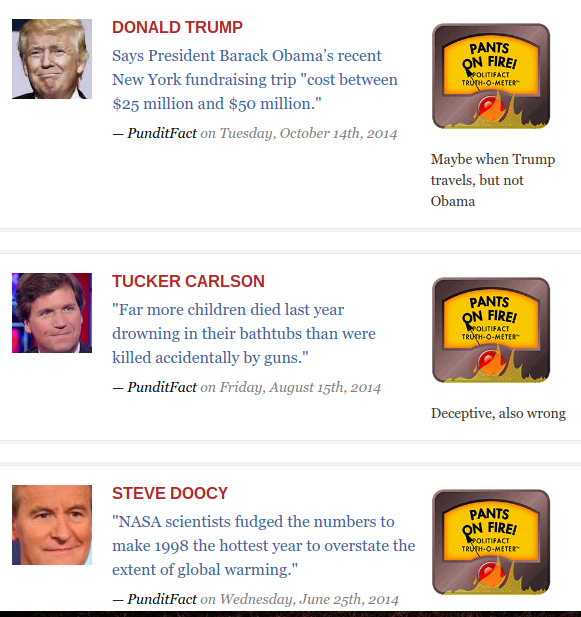 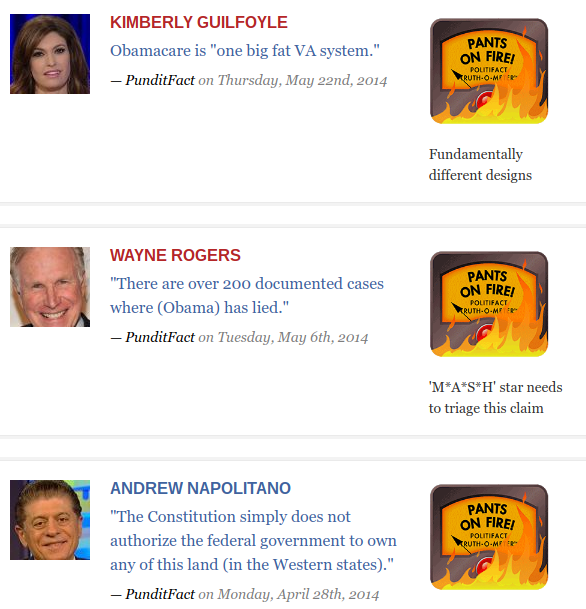 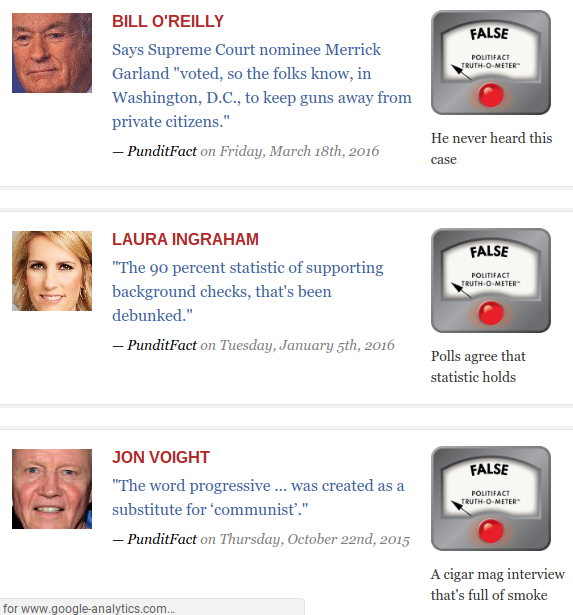 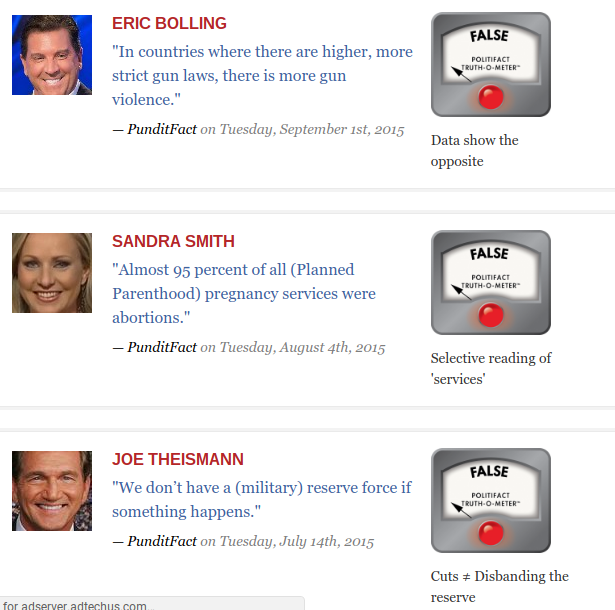 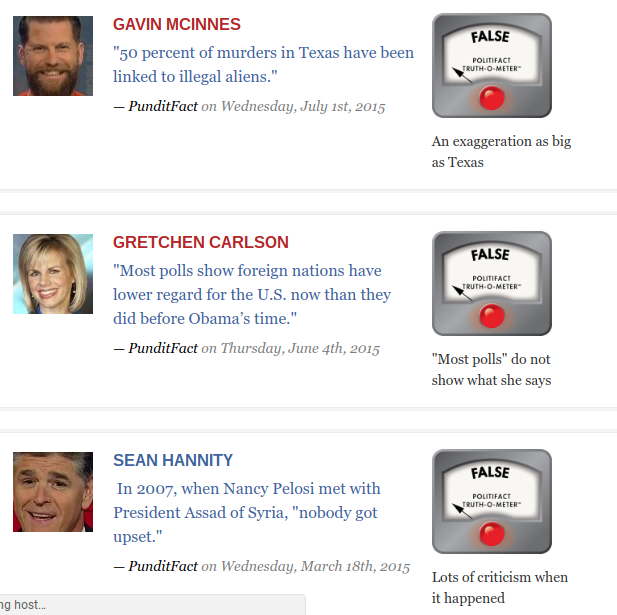 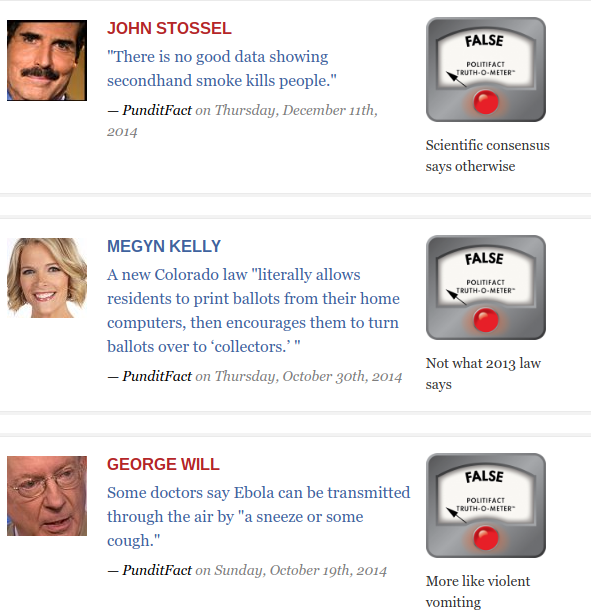 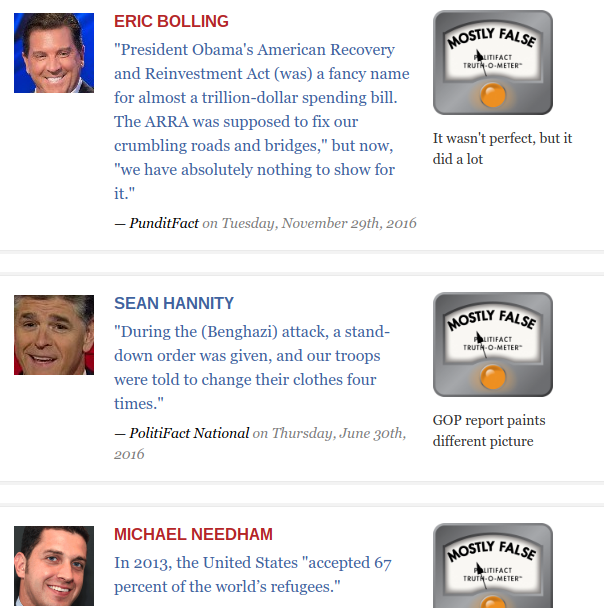 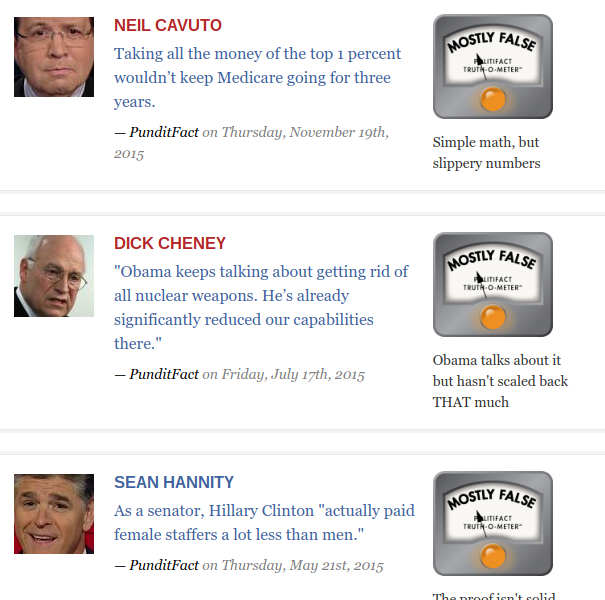 A collection of Fox News lies on other sites; 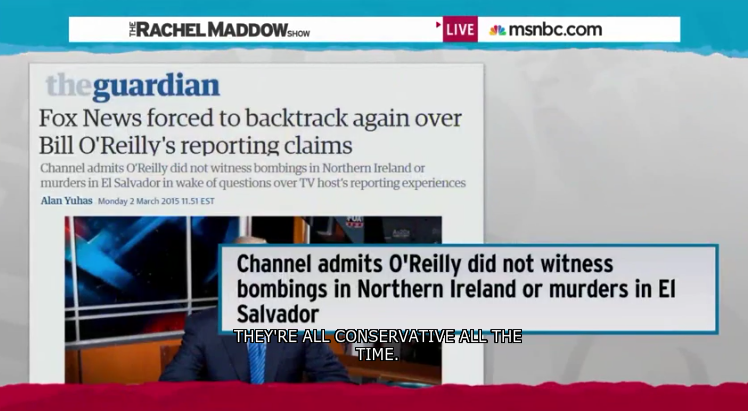 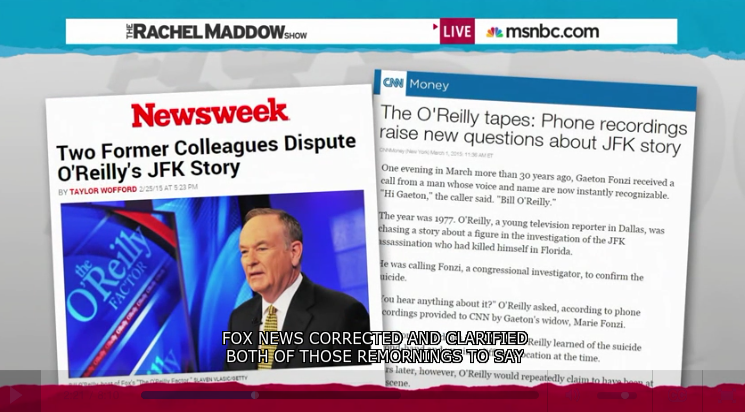 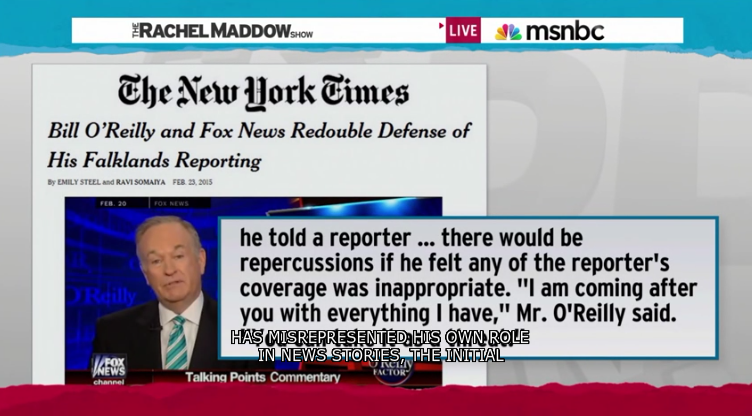 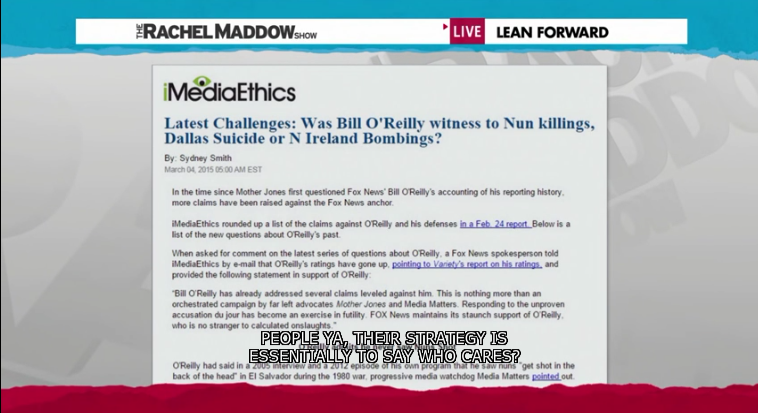 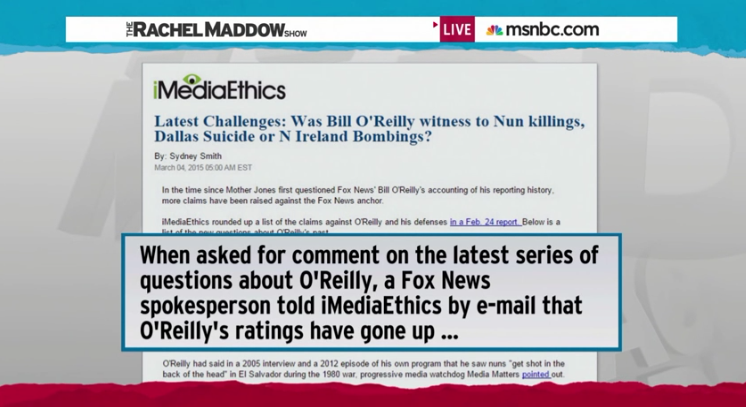 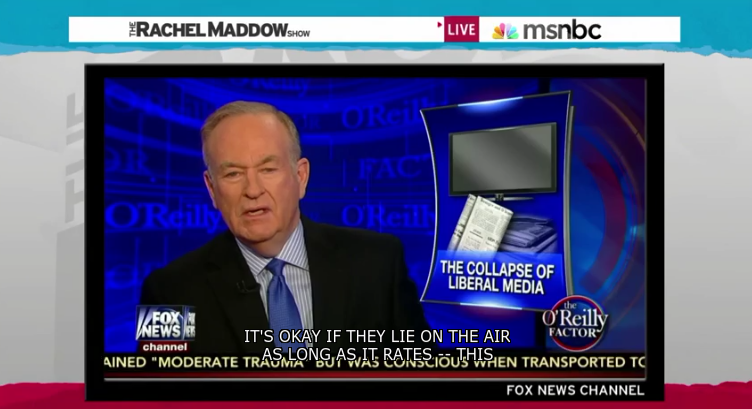 The "conservative movement" has been moving away from facts for a long time. Considering Nazism and Fascism don't require facts and "Conservatives" don't require facts but function from an "ideology" irrespective of the results (like how they can push the same economic policies that destroyed the economy in 2008 is called "Ideology" but should be called fanaticism or Nazism), the fact that what we have in the "Conservative Movement" is really a home grown Nazi/Fascist movement should have been apparent a long time ago. There is no way to be polite about this, yet that is how the media treats this crisis in America where a large segment have succumbed to our homegrown Nazi/Fascist movement.

Trump has been following the rights lead and is now thier defacto leader as once a GOP politician becomes President he owns the GOP and is responsible for all its actions. The GOP is now Trump's party, so, basically, Trump IS the GOP.

50 days of 'facts' If there's one thing we've learned in the first 50 days of the Trump administration, it's that nothing can be taken at face value.
For Trump, it's not bad news. It's fake news. The president and his staff see paid protesters, made-up polls, and imaginary massacres everywhere they look. Duration: 8:50

These lies also lead to violence and function as terrorist type tools against thier adversaries, i.e. like Nazis, they seek agreement through force and fear rather than convincing people with facts, logic and public town halls (when they do go to town halls, they lie like nazis).

The conservative media misinformation cycle is increasingly targeting college professors for engaging in what they call anti-white rhetoric. Some conservative advocacy groups and right-wing and conservative media are working together to produce fake news about professors, leading to threats, intimidation, and campus shutdowns.
Several articles published in the past week in The Chronicle of Higher Education and Inside Higher Ed trace the path of misinformation as it moves through the conservative media ecosystem. The Chronicle notes: “Whether true or trumped up, tales of liberal faculty espousing tone-deaf or noxious views are good business for the network of conservative media outlets that purport to document the leftward drift of higher education.” The process often starts with Campus Reform, a website where conservative college students write about perceived liberal bias on campus.
The Chronicle reports that “Campus Reform’s pieces are often stamped with the hallmarks of nonpartisan journalism” but that they are packaged with sensational headlines and generally fail to place professors’ comments in context. These stories are picked up by right-wing “longstanding industry leaders” such as “The National Review and edgier newcomers like Heat Street and The Blaze,” which then further skew the original stories in ways intended to resonate with their conservative audience. After bouncing around right-wing media, the stories may be picked up by more mainstream conservative media outlets such as Fox News. By this time the story often bears only a superficial resemblance to reality. The result of these right-wing media campaigns has sometimes been an outpouring of abuse and threats against the professors. Recent instances have resulted in one campus closing down, universities asking professors to take a leave from campus, and a professor moving to protect his family.
For instance, one of the many examples the Chronicle documented was the case of Trinity College professor Johnny Eric Williams. On June 18, Williams published a series of Facebook posts on race and policing. He shared a controversial article titled “Let Them Fucking Die” that referenced the shooting of Republican Rep. Steve Scalise (LA-R).
Campus Reform quickly wrote an article about Williams’ social network posts with the headline “Prof calls whites ‘inhuman assholes,’ says ‘let them die.’” The Blaze and The Daily Caller picked up the Campus Reform piece and wrote articles titled “College professor to blacks, other minorities: Let white people ‘f***ing die’” and “Professor Calls White People Inhuman,” respectively.
On June 21, The Washington Times followed with an article based on these three pieces titled “Trinity College professor calls white people ‘inhuman’: ‘Let them f-ing die.’” Finally, Fox News published an article the same day titled “Professor’s profane, anti-white messages cause campus controversy.” Williams also issued a statement on June 21, defending his position: “It is evident to anyone who carefully reads my posts on Facebook and Twitter that I did not call for the death of all self-identified ‘whites,’” he said. He called the coverage a “provocative move to get readers to pay attention to my reasoned, reasonable, and yes angry argument.” But by then, the cycle was complete and the campus was temporarily shut down due to a multitude of violent threats.
Trinity College eventually placed Williams on leave. Williams told the media that this was not his idea; the Hartford Courant quoted him saying, “They said it was in the interest of the college, primarily in their interest, not in my interest.”
Media Matters has documented an extensive network of conservative and right-wing funders, advocacy organizations, and media organizations that work together to generate a toxic culture of harassment and intimidation. Campus Reform plays a critical role in this nexus by providing stories about college campuses. Campus Reform is also intimately connected to Professor Watchlist, another right-wing campus group that targets college professors and asks site visitors to “submit a tip” about professors who “discriminate against conservative students and advance leftist propaganda in the classroom.” Campus Reform is the primary documentary source that Professor Watchlist links to to substantiate professors’ purported anti-conservative discrimination. Two of the professors profiled in the recent Chronicle stories, Tommy Curry and Johnny Eric Williams, are also profiled on Professor Watchlist. Professor Watchlist currently lists 216 professors, complete with pictures, brief summaries of their alleged offenses, and links to stories of dubious quality detailing these offenses.
Read more

This "ideology", or lies, that the GOP have been focusing on all these years has blossomed into Trump;

Note: They left out that Fox News has been lying for years to a large segment of the population, unchallenged. It's weird. But its explainable. Its a result of the last Nazi administration and its actions, which pretty much went unheeded because no one though they were Nazis. To me it revealed how little oversight the people have over their government. Once in power, unless constantly explained, the ability for a President to be a thief and traitor while appearing to be a patriot is huge. If it wasn't for the Presidents war on the press, the press would have let the right wing continue to kill innocents unabated, but now their own lives are in danger and so they are doing real journalism regularly. Given a chance they will help the Nazis like they did before and still do on some issues since the rich Nazis own much of the media.

Other posts in this series are: