Why I Think I Should Be One Of Trump's Appointments

This win was unexpected and many factors went into it. Here I just want to focus on how I helped and why I should be one of Trump's "appointments" (like an adviser of some sort)

Trump And Obama, Sitting In DC, A-W-K-W-A-R-D
Now that Donald Trump becoming president is a real and actual thing, he's meeting with the current president, picking his cabinet, and plotting his revenge.

The appointments for Senate confirmation tend to be big shots. They have followed the norms of society and gotten as far up it as they could. Some were born rich and thus pretty much inherited power while some worked hard (I've seen both sides of this being from the "upper class" from my Pakistani side of the family with servants and the works..., technically my only mistake was being unprepared for a post 9/11 propaganda environment... I would have done well with my degree in a pre 9/11 environment, i,e. I graduated in 2001 with the grades of an American and not a Pakistani workhorse which is all they were hiring).

All the people you have so far have never defied societal norms and are part of the reason Bush-Cheney got away with the stuff they got away with, i.e. these are all very powerful "yes men"(it's what our educational system teaches, i.e. how to kiss-ass to the top. Some are good at it and some aren't). Practically, 9/11 destroyed my life... if you want to go after 9/11 people who else would you want by your side than Deadpool?

Now, Trump used many of my arguments which I mostly used them to help the country move towards a more moral AND Constitutional standing. i.e. I spread these ideas over the internet/twitter so often the ideas reach critical mass without anyone powerful using them before hand.


However, Trump has used my stuff. After pointing it out once I left it and never opposed Trump on issues he took straight from my blogs cause my primary purpose is to help the country and if he can spread the truth the country will be better off for it no matter who wins. 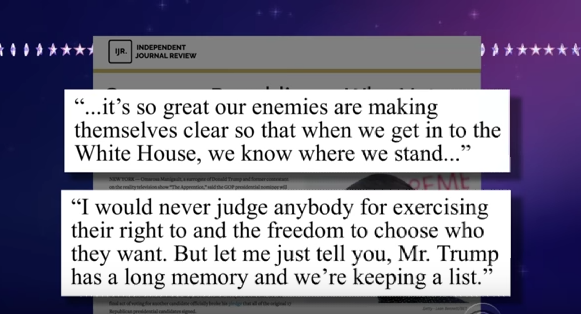 All that said, I have opposed Trump on truth issues such as WHEN he said he opposed the Iraq War (which was still earlier by decades than most Republicans) and other such minor issues. My opposition to Hillary was much worse (mostly because of the 22nd Amendment and Henry Kissinger);


Ultimately Trump won because of multiple external factors. I don't think he even knew/knows he could/would be impeached for making profit off the Presidency cause the media never talked about it. It was some of the craziest coverage I have ever seen.

Why I should be an appointee;

This country wouldn't be great if it wasn't for the Constitution, period. If anyone fights laws that are part of the Constitution or it's very spirit then they are not good for the country. They may be good for a dictatorship or a Cheney-Bush type terrorist network but they are no good in estimating what can help the country because that hasn't been their focus all these years/decades and they simply may lack the habitual state to help the country anymore (yes, I'm talking about Republicans and their ideological approach to the country and economics which goes against the very nature and spirit of the Constitutions and what it means to be American).

To Trump: If you want a truthteller who can provide accurate assessment of a situation without constantly saying yes then I'm his guy. I'm also really smart (good book knowledge).

Also, I'm Zen-Buddhist/Taoist. I can't do the immoral demonizations required to play Republican politics. I'm morally bound to oppose untruth. If Trump uses it to transform eh country for good then he has done a good thing. I couldn't have done it. This is the sort of politics Republicans play;