Taking Down "Crooked Hillary" Part 4 - In What World Is Having Delegates Pledged To A Candidate BEFORE An Election NOT AN Issue?


Super Delegates isn't really a controversial issue, though it should be. Everyone in the news was talking about how winning a State could shift momentum and make someone win. Here is an article example of what the PERCEPTION OF WINNING can mean to momentum;

In other words, simply winning ONE State can shift momentum. Imagine if the delegates were stacked in such a way Hillary always got the better of every or most contests? That's what Super Delegates do. They create an impression - a valid one - that the one with more delegates has more momentum, i.e. the one with MORE delegates is actually winning. The fact that some delegates were pledged to the political Establishment form the start doesn't matter when you crunch the numbers without changing the system. The media, more often then not, seems just to follow the talking points of the loudest person.

Video: Samantha Bee Answers All of Your Superdelegate Questions

Extract from a Mother Jones Article;

After Hubert Humphrey won the Democratic nomination in the 1968 election, against the wishes of most constituents, Bee explains, the party changed its rules "to give power to the people"—starting with reform commissions created to shift away from 'party bosses' and toward primaries and 'rank and file' party voters. "The people," Bee explains, celebrated these new changes in the rules by "dropping a shit-ton of acid with Hunter S. Thompson and nominating George McGovern." McGovern went on to win only Massachusetts and Washington, DC in the general election.
So "in 1982, the grown-ups said 'ENOUGH,'" Bee continues:

From now on, Democratic governors, members of Congress, and party movers and shakers get a say in the process. We shall call you 'ex-officio delegates'—that way, everyone who speaks Latin will know how you got this job. Normal people will call you 'superdelegates' and have no idea.

The only job of the superdelegates is to act in the best interest of the party. "That's why they have never tried to overrule the will of the voters. Not because they care about us—they don't—but because pissing off the voters is bad for their party, remember?" If Bernie Sanders receives more votes than Hillary Clinton, Bee says, her superdelegates will drop her and switch allegiances, just like they did in the 2008 presidential election.
But if superdelegates won't act against the wishes of the constituent majority, what purpose do they serve? "Think of them as the driving instructor with her foot hovering over the break," Bee jokes. "She'll only use her power if the party is about do a Thelma and Louise."

No. They create momentum for the establishment candidates who happen to be the Clinton in this case.

When you win a State and most of the Delegates go to someone else that's EXACTLY what is happening, i.e. the momentum shifts to the one who is winning cause people like winners. Samantha Bee just did an embarrassing stump for Hillary Clinton defending the Political Establishment's right to win elections by using the expectations created by the numbers of delegates to skew an election in the public's perception (proving that the Daily Show was right in not making her host... I understand Hillary has the genitals to qualify as a woman but I think it pretty much ends there, unless killing innocent women and children is considered to be OK if its a caring woman running for President).

Obama was successful in getting Super Delegates to switch because he was brave enough to prove what Hillary Clinton is, i.e. like George Bush (THE GOP Establishment, pretty much). If it takes THAT much persuasion to gain an election advantage then CLEARLY the Super Delegate System is biased towards the Clinton's, who ARE the Democrat Establishment they way the Bush's ARE the GOP Establishment... and clearly, they are very similar. Here are related proofs;


Obama: "Hillary Clinton Will Say ANYTHING To Get Elected" (2008 Radio Add) PLUS Other Obama Take Downs Of Hillary Clinton From 2008 Which Reveal What A Lying Scumbag She Really Is!


Here is the insane argument being marketed to the people right now;

The following Democrat Establishment argument, bought wholesale by the media, is just plain hogwash as it leaves out how these can create moment for the establishment and what must be done to bring a Political Establishment person down; 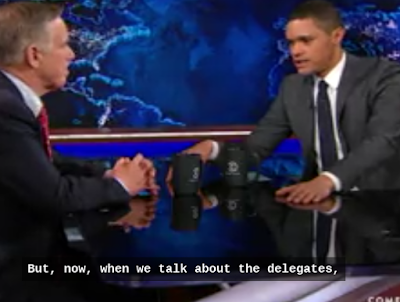 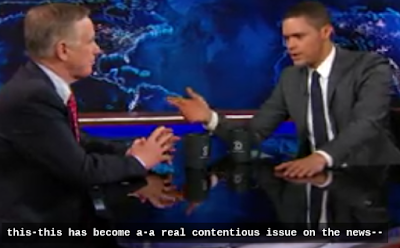 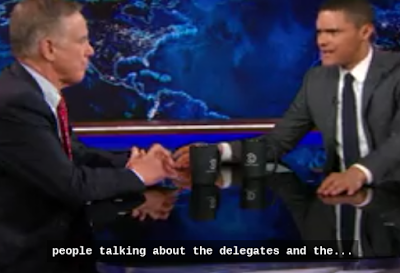 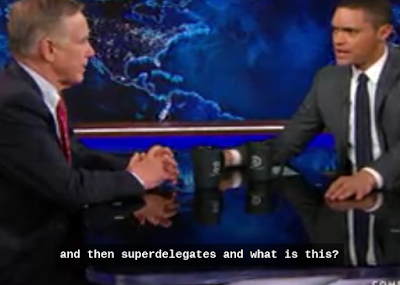 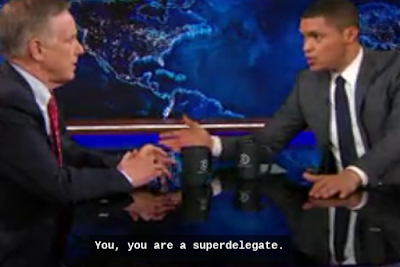 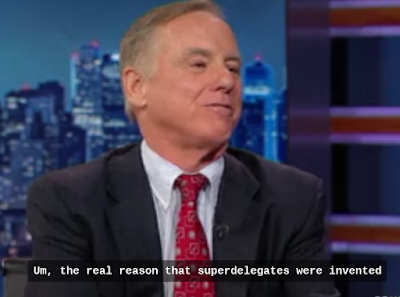 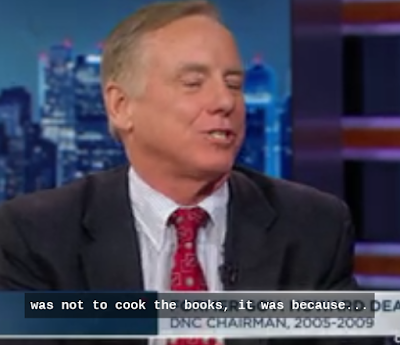 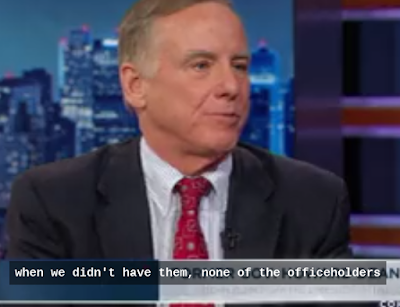 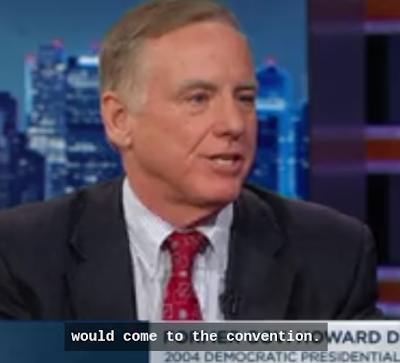 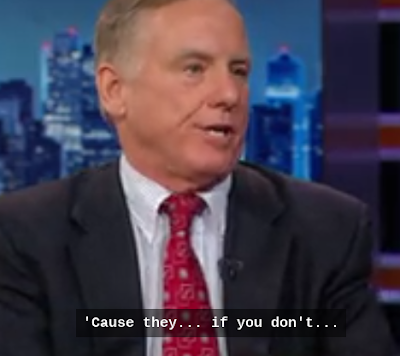 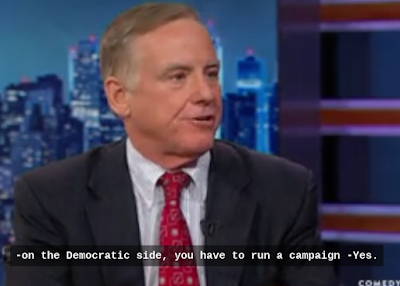 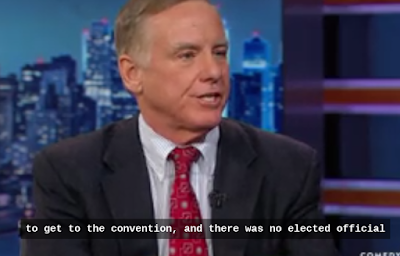 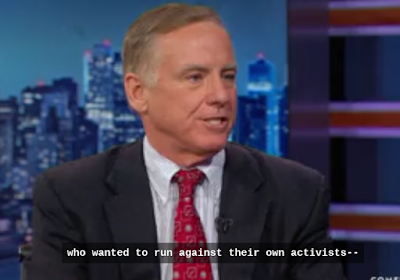 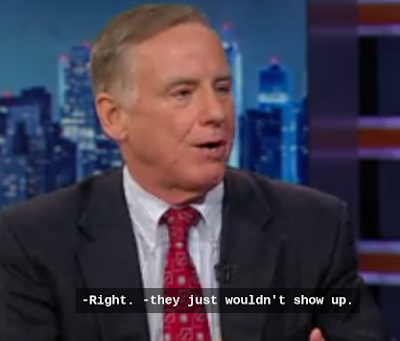 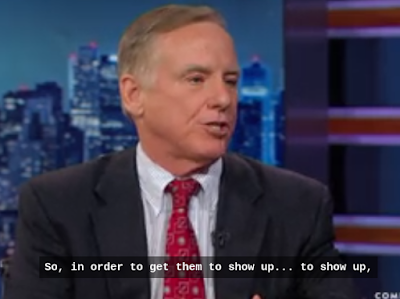 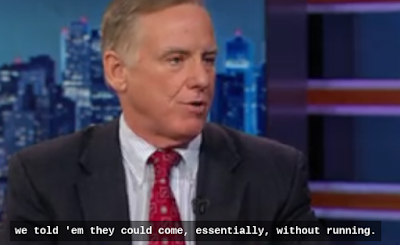 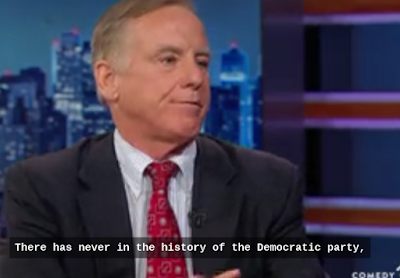 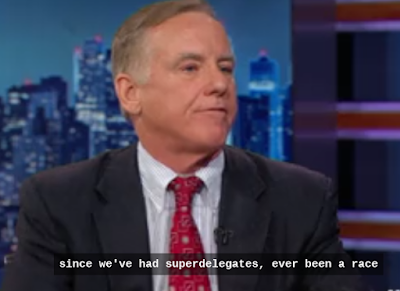 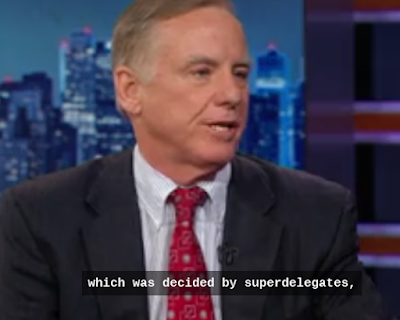 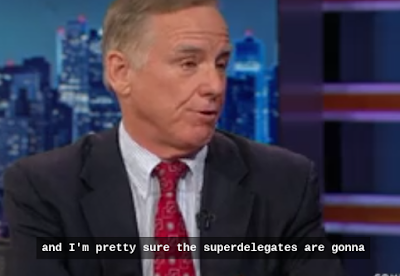 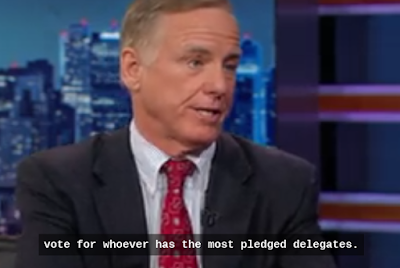 This time the delegate stealing strategy to create momentum by showing how tough a person is to beat using fuzzy math... worked. Last time, with Obama, it didn't... but then, Obama actually exposed Hillary Clinton (then gave her so much power he practically stole the election for her highness Third Term Clinton here)

Some stuff Obama said about Hillary Clinton that worked to overcome the Super Delegate pressure on non-Establishment candidates for dealing with HIllary Clinton;


Obama: "Hillary Clinton Will Say ANYTHING To Get Elected" (2008 Radio Add) PLUS Other Obama Take Downs Of Hillary Clinton From 2008 Which Reveal What A Lying Scumbag She Really Is!


Even Obama Wouldn't Trust Hillary Clinton With Trade Agreements Such As NAFTA & The TPP (& Obama Negotiated ON The TPP In Secret!)